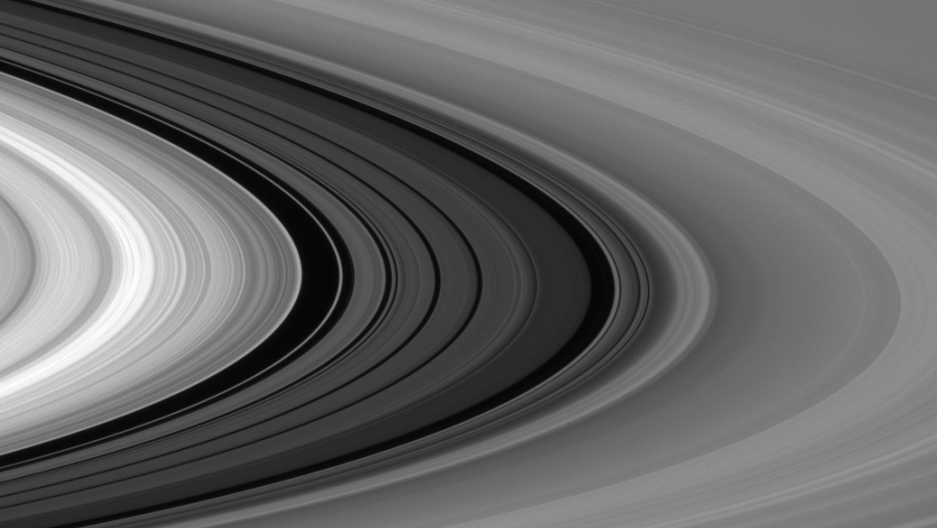 Saturn's rings, photographed from 740,000 miles away by the Cassini spacecraft.

Editor's note: This article originally appeared on NOVA Next.

It’s been 20 years since NASA launched its Cassini spacecraft into our solar system, with the mysterious gas giant Saturn as its destination.

Billions of miles later, this intrepid piece of machinery has finally grazed the tops of Saturn’s clouds.

After plunging into a small 1,500-mile gap between Saturn’s innermost ring and the planet itself, Cassini is closer to the planet than ever before. At 11:56 p.m. PDT on April 26, NASA’s Deep Space Network Goldstone Complex in California’s Mojave Desert received the signal that Cassini survived the descent.

It’s the grandest of grand finales. At times, Cassini was speeding up to 77,000 miles per hour relative to Saturn — a speed at which, along the way, an errant particle could have crushed the spacecraft at any moment. 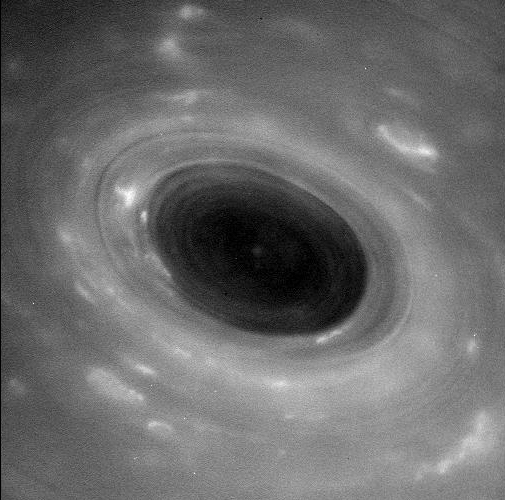 One of the first images NASA received in the very early hours of April 27 was this close-up of a hurricane on Saturn.
Credit:

But thanks to top-notch engineering and a stroke of luck, that didn’t happen.

“I am delighted to report that Cassini shot through the gap just as we planned and has come out the other side in excellent shape,” said Cassini Project Manager Earl Maize in a statement.

Before NASA engineers diverted Cassini’s course, sending it into the rings of Saturn, the spacecraft was engaged in a series of choreographed orbits around Saturn’s moon Titan — the mission’s main gravity assist and the only object that allowed for such a clean, calculated pivot toward the planet. “The last Titan fly-by is really what gave us the impulse to go into that tiny gap,” said Sonia Hernandez, a member of Cassini’s navigation team.

Cassini’s goals are different now than they were a week ago. Before the "grand finale" — what NASA is calling these last few months of the mission — it was focused on gathering images and data about Saturn’s 62 moons, particularly Titan and Enceladus. The latter, which was first studied up-close 11 years ago, spews plumes of salty water at its south pole — a sign of hydrothermal activity that could provide food for microbes if any exist deep in the moon’s icy seas. If scientists were to find evidence of life on Enceladus, it’s far more likely that it would have arisen independently of life on Earth than with Mars, which is close enough to Earth that life may have jumped the gap.

From now until its final crash into the planet, Cassini will be collecting information about Saturn’s gravitational and magnetic fields, the composition of its upper atmosphere, the weight and age of its rings, the depth of its metallic hydrogen core, and more.

The manner in which particles and tiny moons accumulate in Saturn’s elegant rings, in particular, could tell us a lot. “That’s so key to understanding how Saturn formed,” said Linda Spilker, Cassini project scientist. Comparing these measurements to what NASA’s Juno spacecraft is collecting from Jupiter [also a gas giant] could help scientists put together a better picture of how solar systems form.

The team wants to know about the rings’ future, too. “We’re slowly losing the rings,” said Jim Green, NASA’s planetary science division director. “That material is filtering down into the planet. If you’ve ever eaten Jell-O, and you shake it, it shakes for quite a while before it settles down. Saturn was made 4.5 billion years ago, and it’s still shaking. We see that because the rings shift a little bit. So the seismic motion produced by the planet disturbing the rings produces the instability necessary for the rings to slowly fall into the planet.”

Saturn’s magnetic field is also an enigma; the Cassini team will analyze it from a variety of orientations to understand its source and depth. In addition, they’ll study Saturn’s dazzling pink aurorae. As particles rain down into the regions where we see aurorae, they emit radio waves, known as Saturn kilometric radiation, or SKR for short. These radio waves and the aurorae are complementary in that they’re both affected by the planet’s magnetic field.

By scrutinizing magnetic field data, the team hopes to be able to provide more info to scientists searching for and studying exoplanets. “The more we learn about our own solar system and under what conditions that happens, the more we’re going to be able to apply it all over the place,” Green said.

How is Green feeling after all of the excitement? “Watching it on the other side of all this, the tension and the build-up, it’s just an enormous relief,” he said. “We’re ready now for the next step.”

Spilker echoed the sentiment. “Probably the things we haven’t heard of will be the most spectacular,” she said.