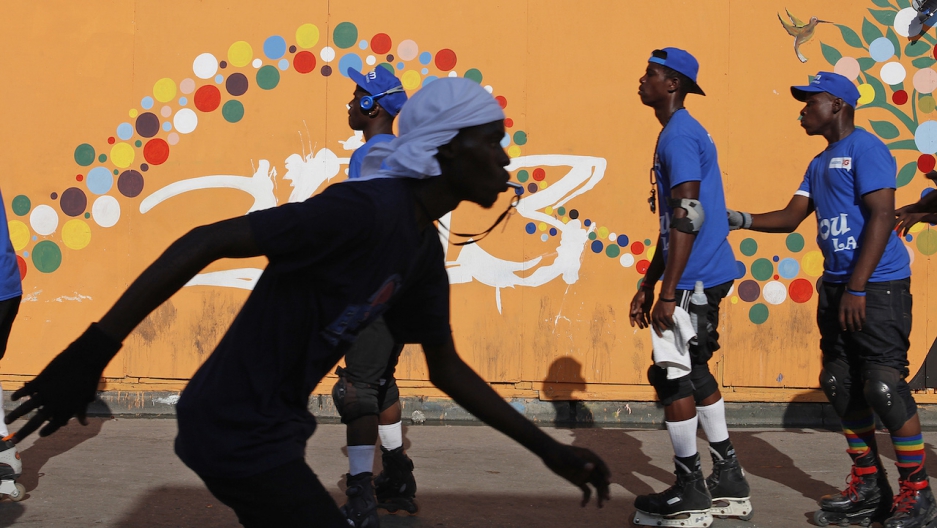 Revellers participate in the Carnival of Flowers during the three-day festival in Port-au-Prince, July 29, 2013.

The Oscar-winning director Jonathan Demme was one of the great artistic innocents. This doesn’t mean he was unsophisticated — far from it, just look at his work. But he was open to the world and thought the world had something to teach him; he was an eager and even a hungry learner.

I’m not sure when he first started coming to Haiti but I met him there in the mid-1980s, when the dynastic Duvalier dictatorship was ousted and the Haitian people made another thrust toward democracy. Jonathan was fascinated by Haitian culture; in fact, by all things Haitian. Above all other things, though, he loved Haiti’s amazing, storied 1791 revolution; its muscular African-American-Caribbean religion; the incredibly beautiful and moving countryside; the crowded capital city and its music and art. He had one of the world’s great collections of Haitian art, and in his films he liked to include Haiti references and bits of Haitian music.

Jonathan was a generous friend who actually really cared about others less fortunate than himself, but he didn't broadcast it. He didn’t think of the people he tried to help as lesser than himself, and he didn’t condescend; he just wanted to put opportunity their way. He wasn't a user. He did things and he made things that included people of all kinds.

I remember when I was working in Haiti after the 2010 earthquake, I ran into actor Sean Penn, who was running a displaced persons camp in Port-au-Prince. We were sitting at the same table at a hotel restaurant. I said something like, "Jonathan Demme has also always been interested in Haiti." Penn, with his usual abrupt honesty, immediately corrected me. He pointed out that he himself had never really been interested, until the earthquake. He said, “You know, Jonathan was always, Haiti this, Haiti that, Haiti this, Haiti that, and we’d listen and go like, yeah, that’s Jonathan.”

And that was Jonathan. Once involved, he was committed, and happily. He always wanted to make a movie about the Haitian Revolution, and was always sorry it wasn’t happening, wasn’t coming together. For years he was back and forth from the US to Port-au-Prince, and he chose to live neither in Los Angeles nor New York City, but in Nyack, New York, with its large Haitian community. He felt more comfortable with Haitians around. His house was a brightly festive near-museum of Haitian art and sculpture. In a way, he was an old-fashioned Haiti admirer, but in another — whenever he could help or provide or make connections for people — he was involved, and kept being involved.

Jonathan used to tell a story about New Year's Day, 2000, when he called Jean Dominique, a legendary Haitian radio journalist about whom he was making a documentary, and wished Jean happy new year.

Jean immediately responded in his harsh, cigarette-ridden voice and Haitian accent (as Jonathan recounted it): "Jonathan, what is your agenda?" And Jonathan was flummoxed because ... he didn't actually have an agenda. He just wanted to wish Jean a happy new year. Jonathan told this story at a memorial for Jean Dominique in New York, just after the journalist was assassinated in the courtyard of his radio station four months after the new year.

Jonathan Demme died on April 26, 2017, at 73 years old. His boyish directness and wide-eyed appreciation of the world will be missed by all who came into contact with him. Certainly Haiti was just a little bit better understood by outsiders because Jonathan cared about it and tried to interpret it. He made two outstanding documentaries about the country: "Dreams of Democracy," about the beginning of hope after the dark days of Duvalier, and "The Agronomist," about Dominique. Even the end of "Rachel Getting Married" had a Haitian attitude, if you knew how to see it. Haiti was part of him.

Amy Wilentz is a journalist and writer based in California.