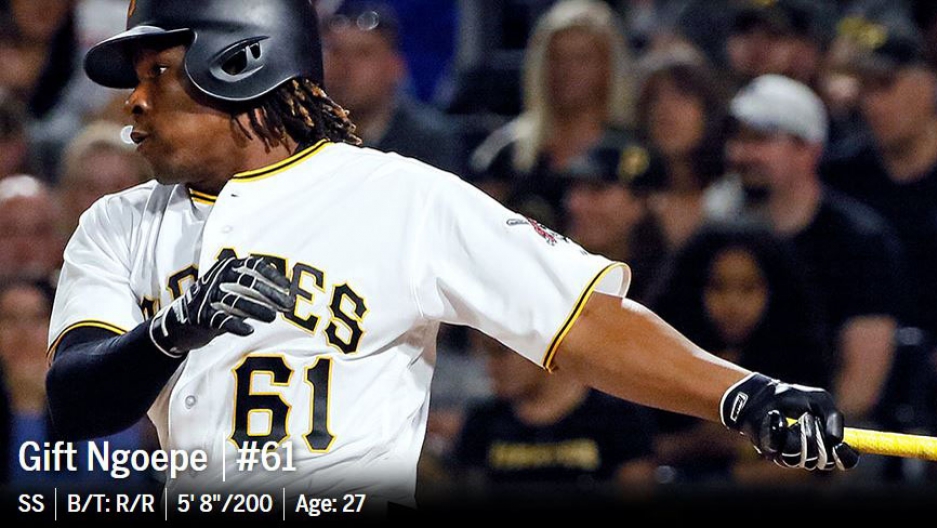 On Wednesday, the 27-year-old South African stepped up to the plate in a game against the Chicago Cubs and hit a single up the middle in his first at-bat.

“He gets some applause. Growing up in a suburb of Johannesburg in South Africa, you’ve never seen this before, they saw his dazzling glove and potential. ... (CRACK of the bat, cheering) ... And he has his first Major League hit at 2:49 South Africa time, Gift Ngoepe has made history. Awesome stuff. That’s remarkable stuff. That’s the stuff dreams are made of.”

Ngoepe finds it pretty awesome too.

Gift Ngoepe's long journey from the streets of Joburg to become the first African in baseball's major leagueshttps://t.co/Wh07MMvcAI

"It's a dream come true for me because it's been my dream since I was a 10-year-old boy,” said Ngoepe, “but it also means so much to the people of South Africa and baseball in Africa."

Ngoepe’s call-up from the minor leagues happened so quickly that South African fans only found out about Ngoepe’s debut in America's MLB after the fact. “But everybody is just happy to see that someone who looks like them is playing in Major League Baseball. He’s not only the first South African, but also the first African!”

“It’s unusual that a sports story is front-page news in South Africa if it’s not controversial or if it doesn’t involve any corruption. But it’s even more bizarre because it’s the sport of baseball which is a minority, minority sport in South Africa. A lot of people didn’t know who Gift Ngoepe was until a day or two ago when he made history. So it’s a huge story. There’s just a buzz here in South Africa that we haven’t witnessed in a very long time.”

A "minority sport" indeed. In South Africa, America's favorite pastime has to contend with the likes of soccer, rugby and cricket, which are the most popular sports for kids growing up there.

“For the black community, for people like us, we’re only used to soccer in our townships where we grow up, and that’s the only sport we play, and sometimes the only chance for our people to get out of poverty, to have a chance to make a living and support the rest of their families. So to find a black guy that plays baseball in South Africa, it is totally unheard of.”

Gift Ngoepo’s family comes from the relatively poor province of Limpopo, about three hours from Johannesburg. Mosia says Ngoepo’s debut reminds people there of the feeling that many South Africans had in 2010, when the country hosted the FIFA Soccer World Cup.

“Everybody wanted a soccer ball. Every kid wanted to play again and I think that’s what Gift has done for the country. I don’t even think he realizes the impact that he’s had. He’s given hope to black people, to people that were oppressed, to people that were disadvantaged — that never had facilities where they could play," Mosia says. "Even the popular sport that is soccer, black people didn’t have the facilities, they didn’t have the right coaching ... because we weren’t allowed to be on the same fields as the white people, back in the days before Nelson Mandela came out of prison and freed us from apartheid. So I think Gift is going to give hope to our new democracy and is going to give hope to a lot of kids here in the black communities of South Africa.”

In the Pittsburg locker room after the 6-5 victory over the Cubs, the middle infielder who now wears a No. 16 Pirates jersey, reflected on his situation. "I've dreamt about this over and over and over," Ngoepe said. "And it lived up to every aspect of the dream that I had as a kid.” 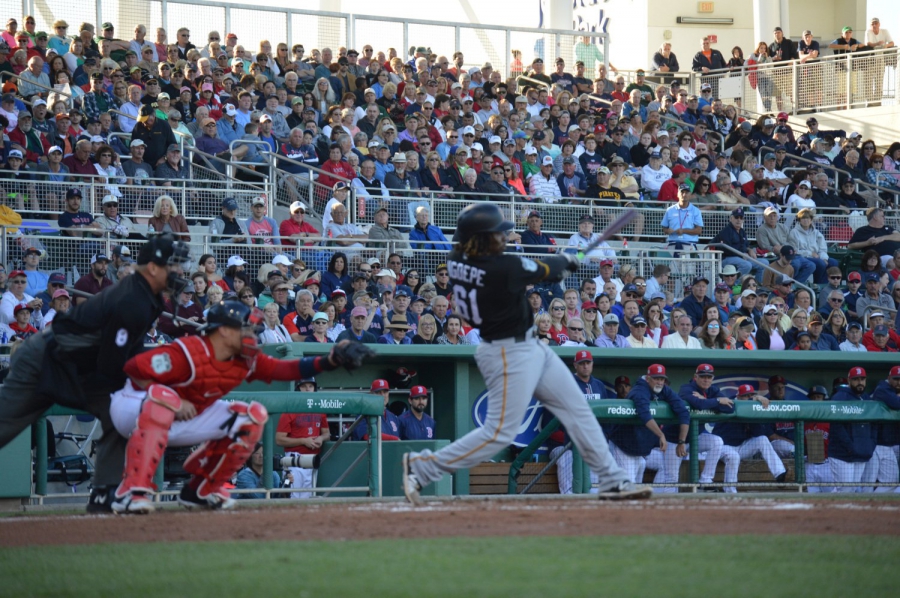