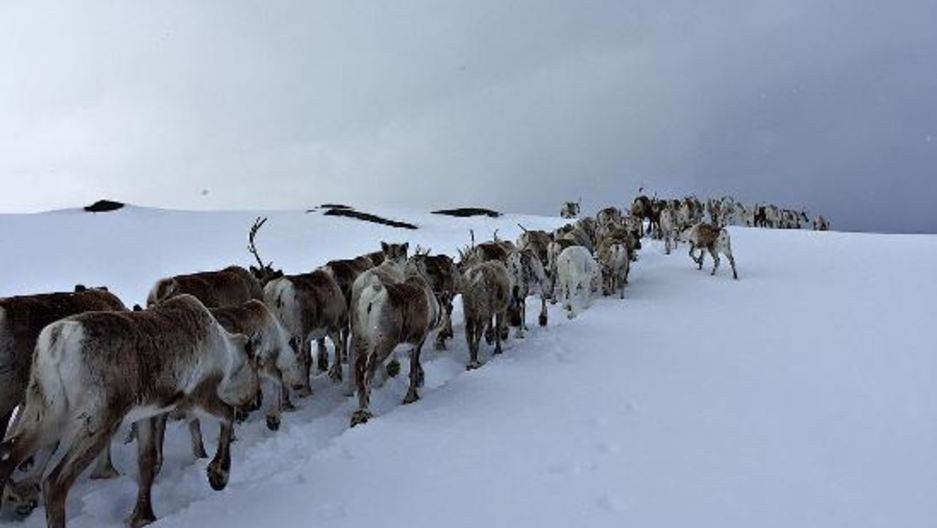 The annual migration of reindeer across Norway is a spectacle of nature. The majestic animals are currently moving from their southern winter grazing grounds to greener spring pastures.

This year you can watch it happen in real time — all of it.

The Norwegian Broadcasting Corporation (NRK) is following a herd of almost 1,500 reindeer on its Slow TV channel. Tune in and you’ll see reindeer, reindeer, and more reindeer.

Slow TV got its start a couple years ago with a live broadcast of the eight-hour train ride from Bergen to Oslo. Other shows have featured the knitting of a wool sweater, stitch by stitch; salmon fishing; and firewood being chopped and burned.

Live-streaming the reindeer migration is a more ambitious undertaking. It’s a continuous, weeklong broadcast that makes use of cameras mounted on drones, snowmobiles, and one lucky reindeer's antlers. Special antennae had to be mobilized on mountains along the way to route the broadcast signal from remote northern settings.

“I think the idea behind the Slow TV is that in this stressful world we’re living in, it’s so good to just be able to sit down and put on the channel where it happens at a natural speed,” says Per Inge Aasen, one of the project managers for NRK. “The other thing that’s exciting is that it’s not people who decide what happens, it’s the reindeer and the weather.”

“Slow TV gives us a unique experience, the feeling of being present in real time and space,” echoes Rune Møklebust, of NRK. “Norwegians are not really slow … it’s more like a coincidence that it happened here in the first place. Give anyone a story they really care about and they will pay attention.”

The cameras are continuously focused on the reindeer as they trek from Šuoššjávri to Kvaløya in the country's far north, against a backdrop of breathtaking sunrises, snowy mountain plateaus, and northern lights displays. 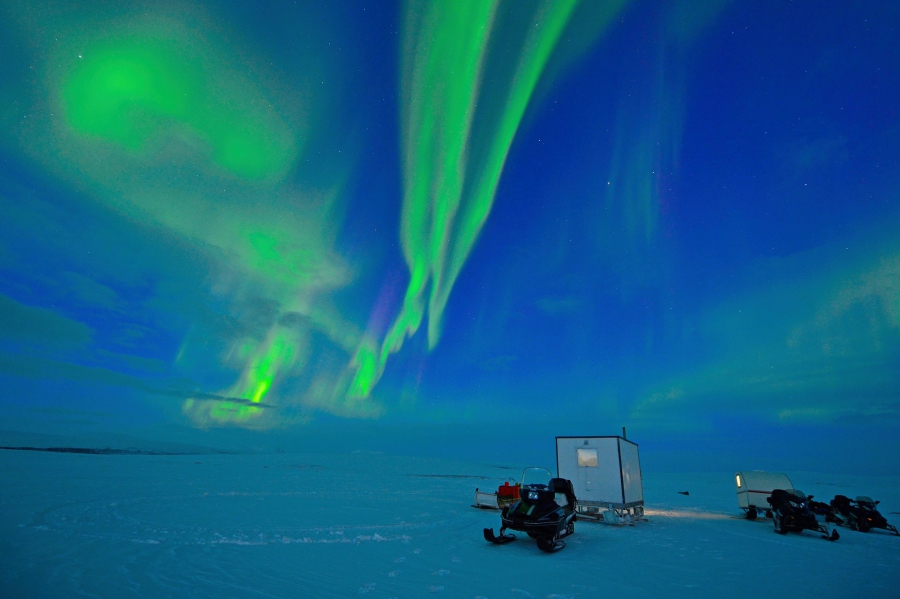 The northern lights pictured over the Finnmarksvidda plateau – with the reindeer Slow TV inutt producers camped in a tiny hut.

The finale will be the herd’s impressive swim across the strait of Kvaløya to reach its summer pastures.

“This is a story that’s happening every year in our country. It’s a natural thing for our reindeer herders and we wanted to share this experience with people who don’t have the chance to be near the migration route,” says Aasen. "Wow! It's an amazing thing to look at."