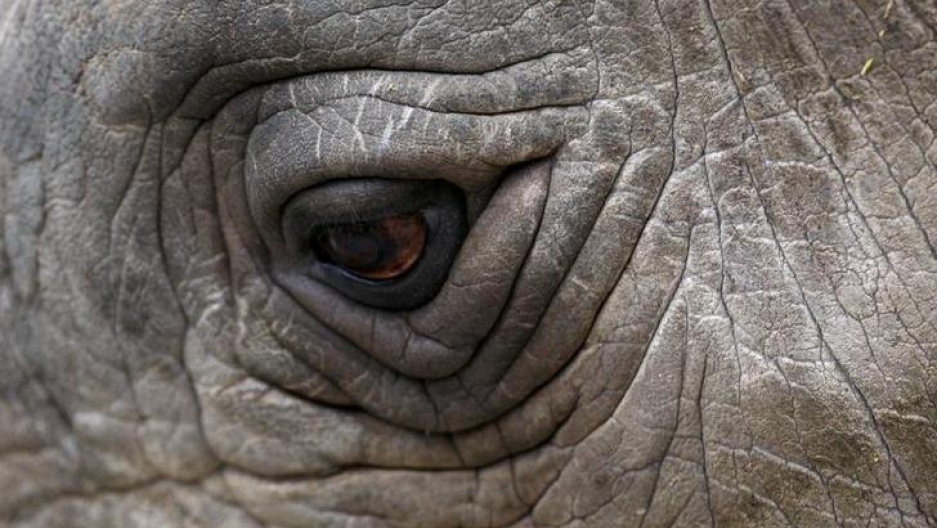 A close-up view of an eye of the northern white rhino named Sudan.

Here's some news for the lovelorn.

If you’ve ever used the dating app Tinder to meet interesting people, then maybe you’ve come across a handsome devil named Sudan who describes himself as "the most eligible bachelor in the world.” He's one of a kind and “looking for love."

Tempted to find out more?

A closer look at Sudan’s profile will reveal that he also “likes to eat grass and chill in the mud.”

That's because he's a rhino. The last surviving male northern white rhino on the planet.

"I don't mean to be too forward, but the fate of my species literally depends on me. I perform well under pressure. I like to eat grass and chill in the mud. No problems. 6 ft tall and 5,000 pounds if it matters." (from Sudan’s Tinder profile)

The problem is Sudan is having trouble finding a mate. So conservation scientists and Tinder have teamed up with a social media campaign to raise awareness and money to help save the species.

“The northern white rhino went extinct in the wild back around 2007,” explains Richard Vigne, who runs the Ol Pejeta Conservancy in Laikipia, Kenya. The conservancy is home to the world's last remaining three northern white rhinos and is a sanctuary for just over 100 critically endangered black rhinos. Highly trained rhino protection squads and veterinary experts are on site to support rhino conservation in East Africa.

But Sudan and his female friends didn't seem interested in mating.

“So we hatched a plan [in 2009] with the Dvůr Králové Zoo in the Czech Republic to bring him and three other reproductively active animals to Kenya in the hope that in a more natural environment, in a more natural social circumstance, they could be enticed to breed,” Vigne says.

In the weeks and months that followed, the animals showed a lot of mating behavior, but unfortunately the two females didn’t get pregnant. An ultrasound ultimately determined the rhinos were infertile, probably as a result of being in a zoo for a prolonged period. “So actually what we’re left with is an infertile old male and two infertile females, which puts the species on the brink of extinction.”

But conservationists don’t give up so easily. Vigne’s pinning his hopes on artificial reproductive techniques commonly used with domestic livestock such as cattle and horses. “But it’s never been done in rhinos,” Vigne says. “The challenge is to perfect the technique for rhinos, then to implement it successfully before the two remaining females die, using stored semen from Sudan in the hope that we can create embryos for implantation into southern white rhino female surrogates, hopefully then to give birth to purebred northern white rhino calves.” 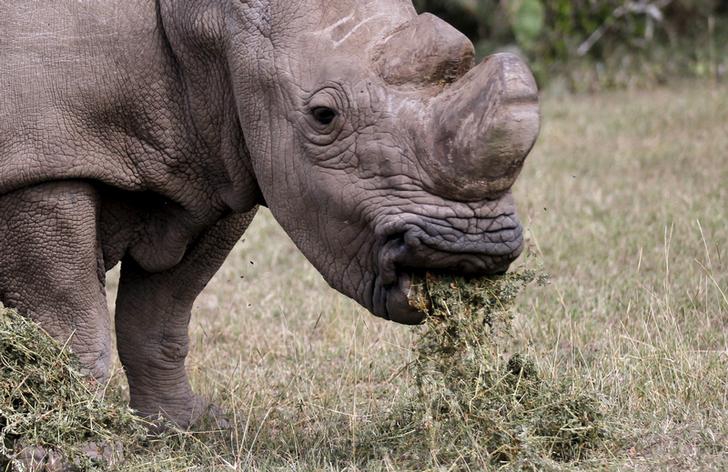 That’s the ambitious plan that Vigne is embarking on along with a team of international experts. “It’s a tall order for sure," he says, "and even if we are successful in getting one or two calves on the ground, that’s not enough to save the species. We’ll have to do this many times and then we’ll have to set up a system whereby natural breeding can take place to build up hopefully a viable population of animals that one day could be reintroduced back into the wild.”

The cost to carry out this rhino recovery program is estimated to be around $10 million.

“By drawing attention to the issue with the Tinder social media app,” Vigne says, “and by people ‘swiping right’ then hopefully with small donations from lots of people we can raise a lot of cash and start making this really happen.” 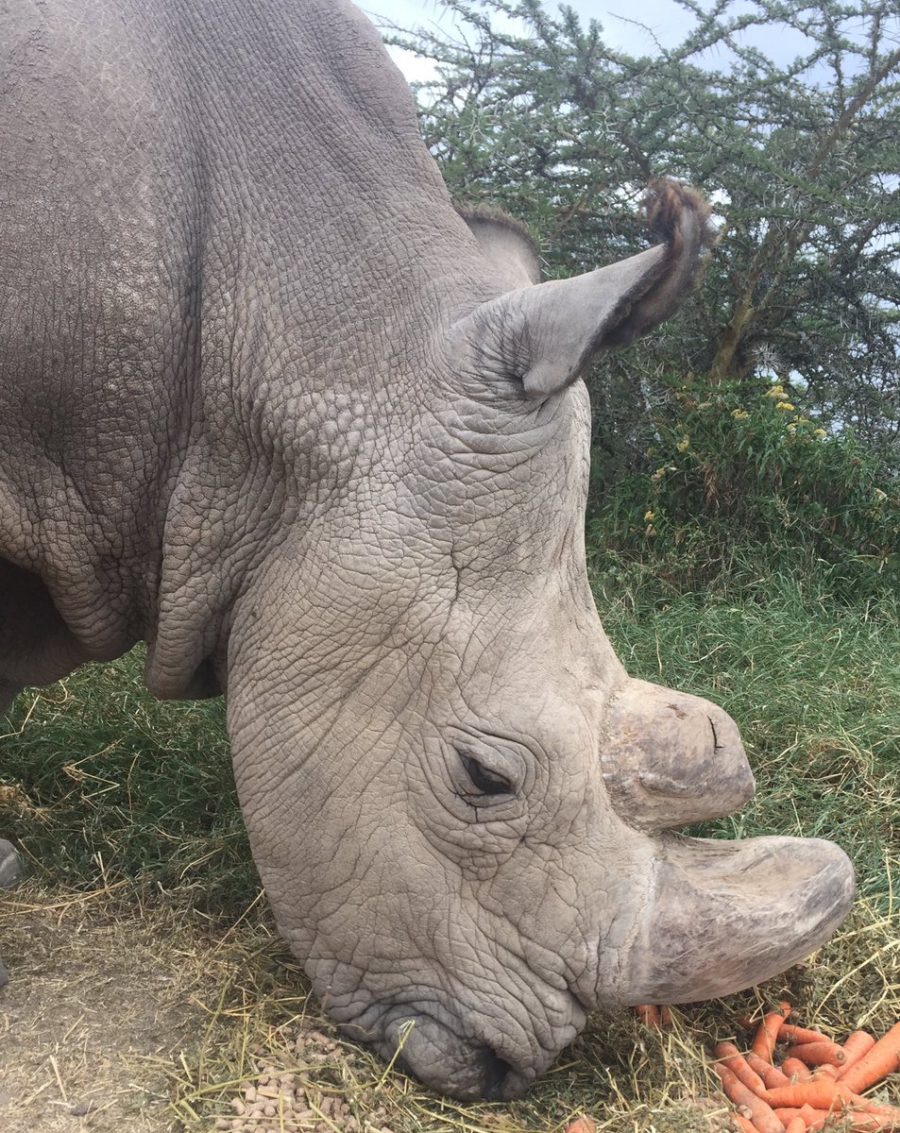