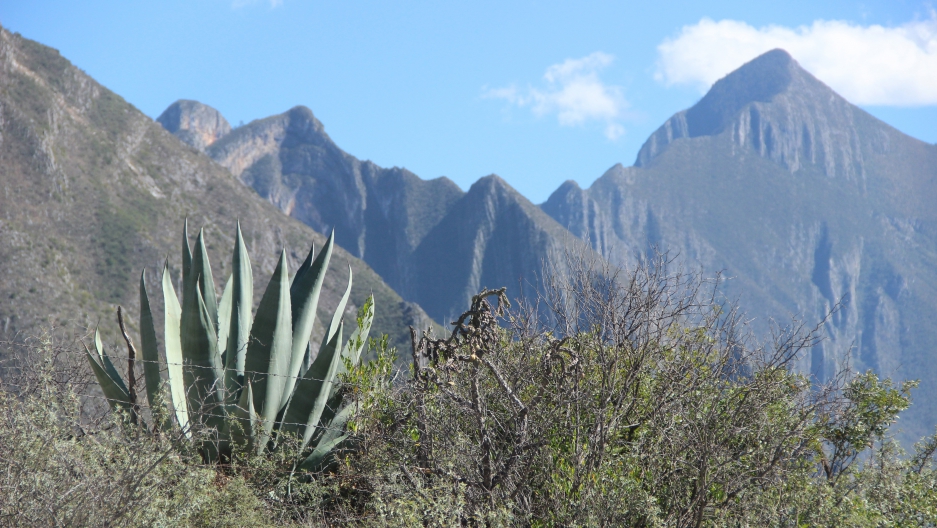 The semiarid Mexican city of Monterrey has two major challenges with water: either there is not enough of it, or there's far too much.

Improving and fixing the area’s infrastructure could cost billions. But a US environmental organization has a far cheaper solution, and it’s getting rival corporations — like Coca-Cola and PepsiCo — to come together to pay for it.

Monterrey is Mexico’s industrial hub. It's also the country’s third-largest metro area, home to some 4 million people in the northern state of Nuevo León. To see the city’s twin problems — too much water or not enough — visit the Santa Catarina river, which runs right through the center of Monterrey. It’s a dry riverbed most of the year, a gully of dirt and grasses surrounded by businesses, factories, and hotels. It’s hard to imagine what it looked like seven years ago when Hurricane Alex tore through the area.

“In two days, we had [the] equivalent of one year’s rainfall in Monterrey,” says Colin Herron, director of fresh water programs in Mexico and Central America for The Nature Conservancy.

In Monterrey, water came gushing down from the jagged mountains that ring the city. Fifteen people in the area died. Floods destroyed bridges and roads and washed away cars. Zoo animals were swept away and hundreds of schools were damaged. A witness described the city as “beyond recognition.”

“That water came down and hit the city like a bomb, basically,” says Herron. 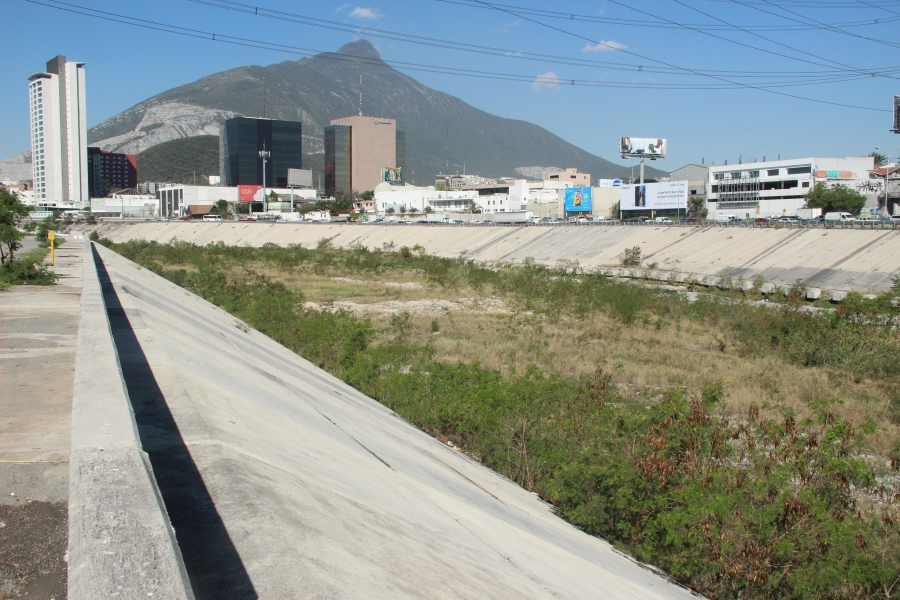 The Santa Catarina River in Monterrey runs dry most of the year. The riverbed used to be filled with stalls, vendors and athletic fields, prior to Hurricane Alex.

It was devastating, but also curious. Monterrey had been hit by a stronger storm, Hurricane Gilbert, 22 years before, and that one didn’t cause nearly as much damage.

To understand why, you need to drive up into the mountains.

“So the real message behind that is that in the 22 years that intervened, the upper watershed here, which serves as a buffer to protect the city normally, had lost a lot of its forest cover,” Herron says.

Trees and plants in the mountains used to absorb a lot of rainfall. But fires and a pernicious bark beetle laid waste to many of them. Other areas were cleared for agriculture and development.

“A lot of people in Monterrey have weekend homes here where they go to, to get out of the city,” Herron says.

On the drive up into the mountains, we stop at the massive 350-foot Rompepicos dam, which was built 10 years ago. The cost: $27 million. It held back some of the waters during Hurricane Alex. But it can’t hold the volume that can run off during big rains.

“The dam is only in a particular channel, and this area is vast,” Herron says. 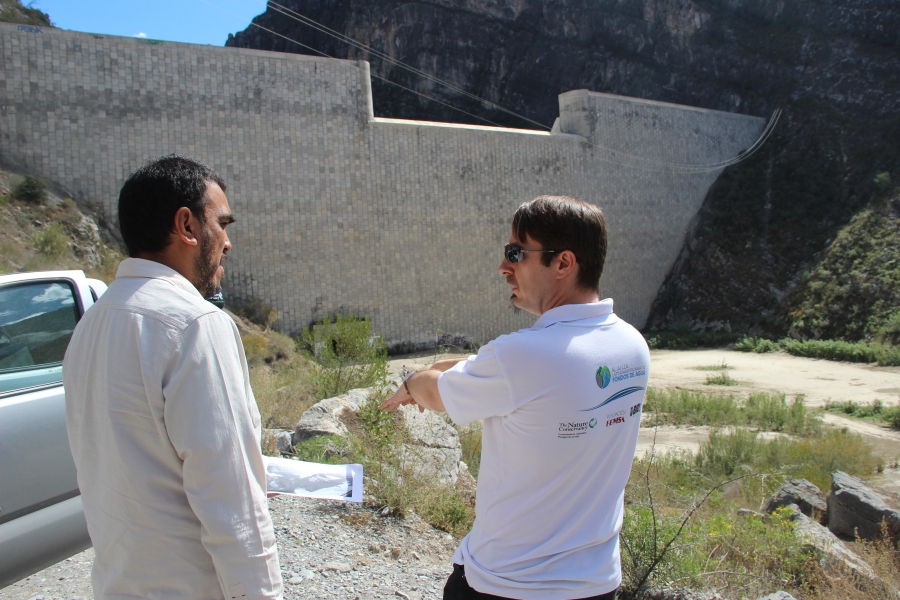 The Nature Conservancy’s Colin Herron, right, at the Rompepicos Dam. Water rose to near the top of the dam during Hurricane Alex.

The government has a few choices. It could do nothing, take its chances. It could erect a bunch more barriers — that’s expensive. Or, it could try the cheaper approach that the Nature Conservancy is helping to develop: replant trees.

Dams still play a vital role, but Herron says with more trees, you don’t need so many barriers. Trees retain water in the soil, and in their roots and branches. And unlike a dam, a healthy forest serves other functions, too.

“It will also be improving air quality, and capturing, sequestering carbon as well,” Herron says. That helps to fight climate change, which is contributing to more intense storms.

Trees also help filter water and replenish the aquafers in a dry area with a growing population.

As we head higher into the mountains, the road of dirt and rocks gets bumpier. Calling it a “road” is being generous, in fact, but at least it’s dry.

“When hurricane Alex hit in 2010, this road spent about a week under the water,” Herron says.

After a couple of hours, we reach a tiny, isolated community: Ejido Canoas.

The leader of the community, Santana Arizpe, says 30 people live here. They’re subsistence farmers. The 61-year-old wears a cowboy hat and a child’s Spiderman backpack. He walks with a cane as we hike up a steep mountainside where we meet another older man swinging a pickaxe to break up the dry soil. 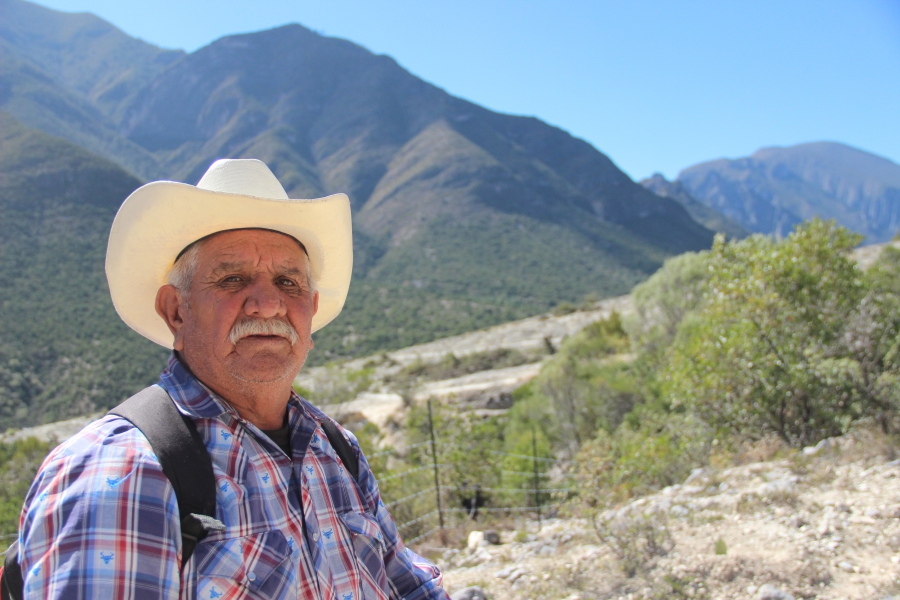 Community leader Santana Arizpe says money from trees has allowed his small village to make enough extra money to buy food and clothes and not rely on money from relatives in the big city.

Enrique García says he wakes up at 6 a.m. and works until 5 p.m. He’s planting tiny pine trees and cactus-like agave plants that are just a few inches high. He says he can plant up to 200 a day, and for every one of those, his village earns 20 to 30 cents. Last year, the villagers put 20,000 in the ground, earning about $6,000. It’s not much, but Arizpe isn’t complaining. He says they can buy food, clothes and shoes, and now they don’t have to rely on relatives in the big city.

And those checks they’re cashing, they’re not coming from the government. They’re being written by corporations like FEMSA, the world’s largest Coca-Cola bottler.

FEMSA is working with the Nature Conservancy and has directly contributed $5 million to restore watersheds throughout Latin America and another $3 million for special research projects. It's in their interest; they’re a big water user.

“Because we rely on the aquifers for our supply of water,” says Mariano Montero, director of the FEMSA Foundation. “If we’re not taking care of those aquifers, we will not have access to the resource. We cannot do anything if we do not have the basic input, the water.”

PepsiCo and Heineken are on board, too. Montero says they’re putting competition aside and jointly bearing the costs.

Still, I asked Montero: Why not wait for the government to pay for a fix?

“The problems that we are facing in the 21st century cannot be solved with the paradigms of 20th century,” Montero says. “In the 20th century, we left the government to do a lot of things. And oftentimes, we find that it has not been efficient, it has not been the solution for these problems.”

He says the private sector is just more efficient. But he’s not saying corporations can solve these problems alone. The state government of Nuevo León is still going to have to do the heavy lifting.

The Nature Conservancy has raised a few million dollars from corporate sponsors in Monterrey. Ultimately, they need close to $50 million to plant perhaps 100 million trees in deforested areas, spanning more than 500 square miles. 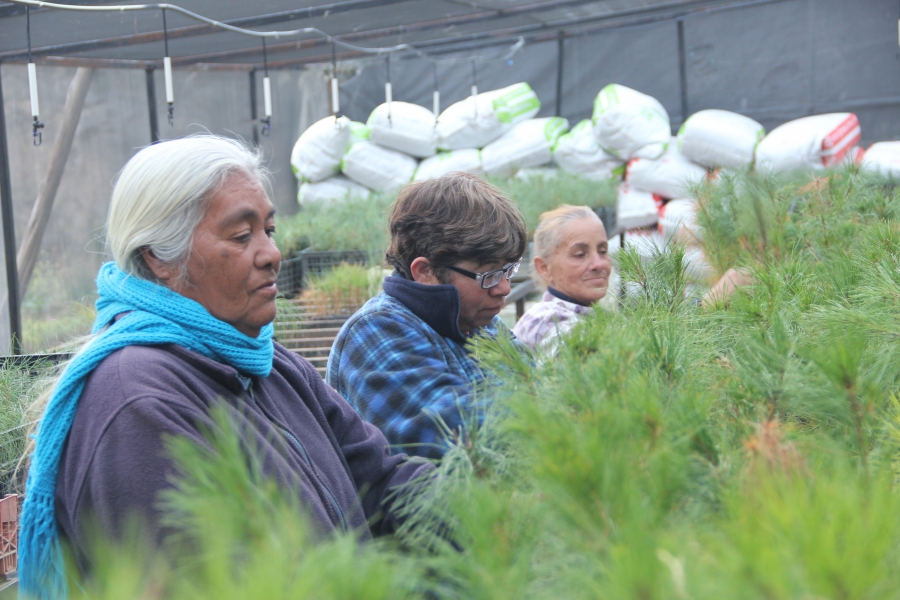 Women in the Laguna de Sánchez community run a nursery growing baby pine trees to be used in the Nature Conservancy’s projects. The women harvest seeds from trees in the mountains.

Herron says corporate seed money is allowing them to fund pilot projects to show the government that this is a wise investment. “So what we’re doing with Heineken and Pepsi is really showing the government, ‘Hey, this scheme makes perfect sense and look at benefits this is providing for the city. Now what we need is for you guys to really put your hand in your pocket and invest in this in a sustainable way.’”

The Nature Conservancy is setting up similar “water funds" for troubled watersheds in 25 locations throughout Latin America and the US. It’s ultimately offering local governments this: a bargain. They’re using nature, and not huge infrastructure projects, to replenish groundwater, minimize flood risks, and fight climate change — for a fraction of the cost.