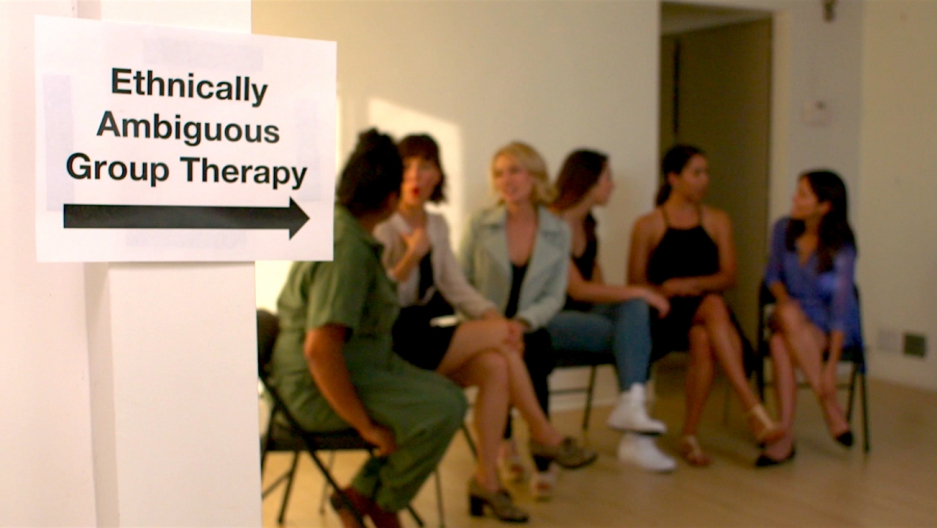 When I stumbled across Katie Malia’s YouTube series “Almost Asian,” I thought, "Oh my goodness, I have found my half-Japanese sister from another mister."

I watched every episode, back-to-back, laughing, even guffawing at times. The short scripted series follows the half-Japanese actress navigating show business in Los Angeles. In an industry where looks really matter, Malia finds herself floundering in a no-man’s land where she’s not quite Asian enough, or white enough.

Each episode touches on things unique to the mixed-race experience. They’re heady themes — the intersection of exoticism and white privilege, feeling belonging in a group when you don’t look the part — but Malia delivers them in a way that’s hilarious and accessible. Think “Master of None” meets “Bridesmaids.”

I had to talk to her.

Growing up in Orange County with her brother and half-Japanese cousins, Malia says being mixed was no big deal. She and her brother even had a garage punk band called None of the Above. Being mixed was cool! But that all changed when she started acting.

“When I began auditioning, [my race] became a very negative thing. In the world of commercials, it’s a very positive thing because you can play to two different demographics,” Malia says. “But in the world of theatrical and when they are specifically looking for a Japanese role or an Asian role — I personally don’t look Japanese, so it became a negative thing.”

So Malia set out to make “Almost Asian” as a form of therapy to address her adult-onset identity issues. She tackles the acting industry head-on in an episode titled “Audition,” which includes a panicked scene of Malia trying to make herself look more Asian by taping the corners of her eyes.

“That’s not a proud moment and I will say I have never done that in real life,” Malia laughs. “I have wanted to. I am ashamed of these feelings that I have wanted to act out on and do terrible things, like try and dress more stereotypical or tape my eyelids. So when I say a negative thing, it’s that embracing of the stereotype. It’s playing that up. It’s code switching for the need to belong.”

And that’s part of what makes “Almost Asian” so good. Malia plays with the elasticity of stereotypes and how even she is tempted to bend them in her favor so she can land a gig. But she doesn’t. Instead, she calls herself out and brings everyone else down with her.

It’s clear that Malia has no qualms about making fun of herself. She doesn’t hold back, and she doesn’t plan to. Malia’s currently working on a half-hour pilot of “Almost Asian,” and she hopes some place like Netflix will pick it up. She wants to broaden the scope of the show.

No matter what happens, she says the series is helping her discover her voice.

In the past, “I just wanted to blend in. That’s all I wanted to do,” she says. But Malia is embracing her mixed identity in a fuller way now. “I can’t speak for the full Asian community. I can’t speak for the full white community,” she says, but “I’m on my own path and when I hear from people like you who are half-Japanese say, ‘Oh I can relate to this,’ I’m like, ok this is where I’m supposed to be.”