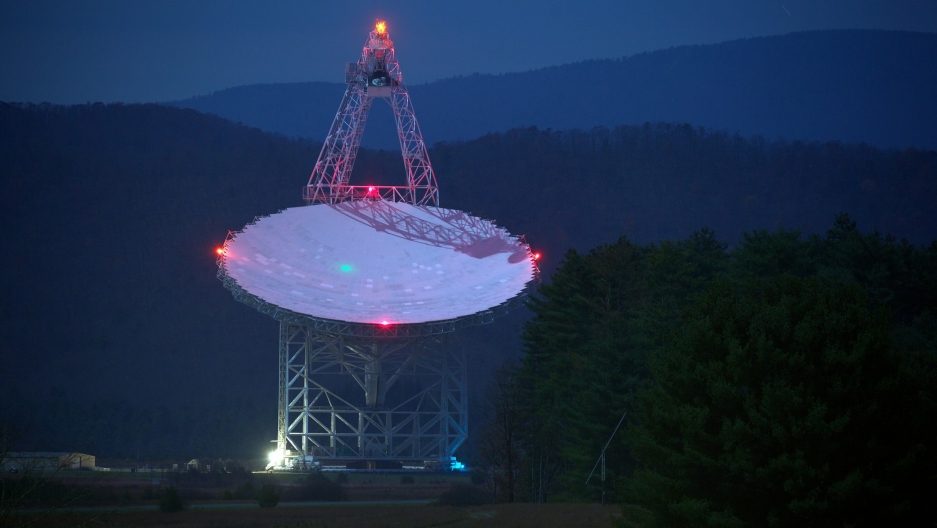 The search for extraterrestrial intelligence — known as SETI — got a boost in 2015, when philanthropist Yuri Milner announced plans to inject up to $100 million into the field over the next decade.

His cash is funding a project called Breakthrough Listen, which plans to survey the 1 million closest stars to us and 100 nearby galaxies, using advanced telescopes and a lot of computational power. But what exactly are those telescopes looking for?

As Siemion explains, the Breakthrough Listen program uses both radio and optical telescopes in its search. “And we're also looking at some infrared and high-energy observatories, as well,” he says.

It’s all in the hopes of picking up some slight technology-produced signal from beyond our known world. “Fundamentally, the kind of signal that we look for in SETI for the most part, be it in radio or optical, is a large amount of electromagnetic energy concentrated at just one wavelength or one electromagnetic frequency,” he says.

With radio telescopes, the researchers search for signals using a tool called a Fourier transform. “This is just a way of breaking down a signal that varies in time to one that varies in frequency or in wavelength,” Siemion says.

And then with optical telescopes, the team uses prisms or diffraction gratings to break light down into all of its component colors. Then, Siemion says, they look for a signal occurring at just one color — something that doesn’t happen in the natural world.

For now, all the searching has one known outcome: It produces a massive amount of data. “The data rate that we see at the Green Bank Observatory, for example, is several hundred gigabits per second,” Siemion says.

That’s equivalent to roughly 1,000 modern laptop hard drives each day, he estimates — and just from one telescope. (Granted, the Green Bank Telescope is the largest steerable radio telescope on the planet.) To share the job of crunching all the data, Siemion’s team at the University of California, Berkeley, are enlisting volunteers — and their home computers — in a citizen science project called SETI@home.

In the midst of the information torrent, there’s one thing Siemion admits he doesn’t spend much time thinking about: how to break the news if his team does find evidence of extraterrestrial life. “Maybe for five or 10 minutes right before I go to bed, I think about what we might do if we actually found a signal,” he says. “It’s very difficult to predict how the world would react to that. But personally, I think it would be a very positive reaction. I think it would be a very unifying moment.”

And if SETI does turn up a signal from other life-forms, deciding whether to respond would be another matter entirely.

“Personally, I think … that’s a question that should involve the entire planet,” he says.