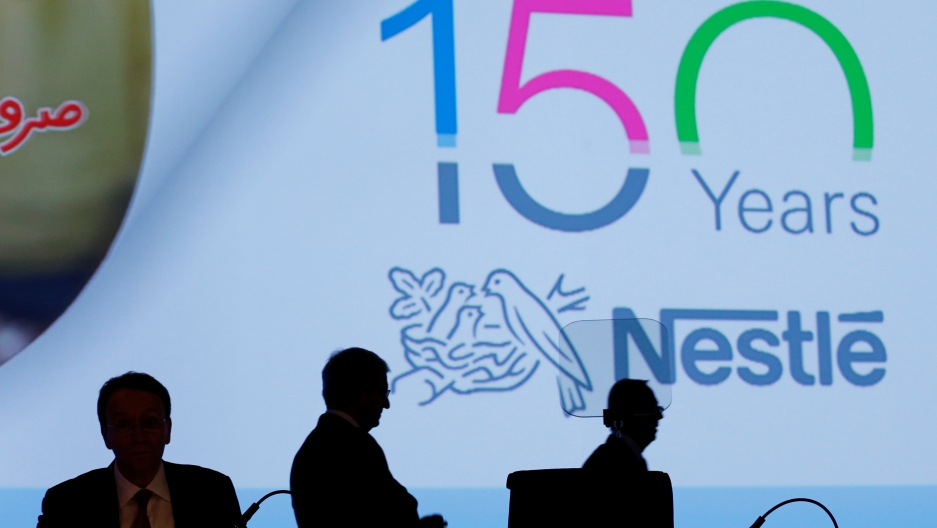 We've heard a lot about the environmental troubles in Michigan, and now there's a new chapter to this water saga: Nestle extracts billions of dollars worth of groundwater from western Michigan, but it pays the state just $200 a year in paperwork fees to do so.

Now, Nestle wants to more than triple its pumping in the region, from 150 gallons per minute to 400 gallons a minute. Locals and activists say Nestle’s pumping could cause damage to surrounding wetlands — and they point out logging and ranching companies have to pay a fee when they use resources on government land.

Why does Nestle get to make billions of dollars off of essentially free water while residents of Flint, Michigan, continue to wait for clean water?

“That is the question of the hour: Why is it essentially free?” says Liz Kirkwood, executive director of FLOW (For Love of Water), a Great Lakes water law and policy center. “It’s because the state has not addressed the issue about bottled water. In the state’s water withdrawal law of 2008, bottled water is an exception. One of the recommendations that we and others have made is to place a moratorium on any further permits for bottled to examine this issue.”

According to Kirkwood, Ontario is facing a similar issue, but the province placed a two-year moratorium on the creation or expansion of bottled water operations after Nestle purchased a well near the city of Guelph, about an hour outside of Toronto.

“If we don’t get it right now, it will open the doors wide for other multinational corporations to come in,” says Kirkwood. “I think this issue highlights the critical importance for people to start making clear connections about water privatization, to understand what it actually means and the detrimental effect and corrosive effect it has on our failing municipal water systems.”

Across the country, there is an urgent need to reinvest in and transform local and state water systems, Kirkwood says, adding that it will cost about $1 trillion over the next quarter-century to maintain current water services in the US.

As more people lose trust in their local municipal water systems, the more people turn to bottled water, which becomes something of a self-fulfilling prophecy for water giants like Nestle.

“It’s disasters like Flint that trigger the fear amongst the public,” Kirkwood says. “Nestle has indicated on their website that they have contributed to the Flint disaster by donating bottled water, but the rise of bottled water in this century is unprecedented. It has a lot of deleterious effects, not only in eroding trust in public infrastructure but the whole ecological impact of using plastic, fossil-fuel-based bottles that end up in our landfills.”

This isn’t the first time Nestle has landed itself in hot water over ground water. Back in 2015, environmentalists sued the bottled water giant for using expired permits to pump millions of gallons of water from the San Bernardino National Forest in southern California.

“Water is a public resource — the law across all 50 states requires each and every state to be the public trustee on behalf of all citizens,” says Kirkwood. “This legal duty must come first and foremost. The human right to water was ratified by the UN in 2010, and we know that this is a life and death issue.”

“It’s imperative that we get this right,” she adds. “This is our most valuable resource, especially here in the Great Lakes, where we have 20 percent of the planet’s fresh surface water. If we don’t get it right now, I don’t know when we will.”

Nestle did not respond to interview requests for this segment.