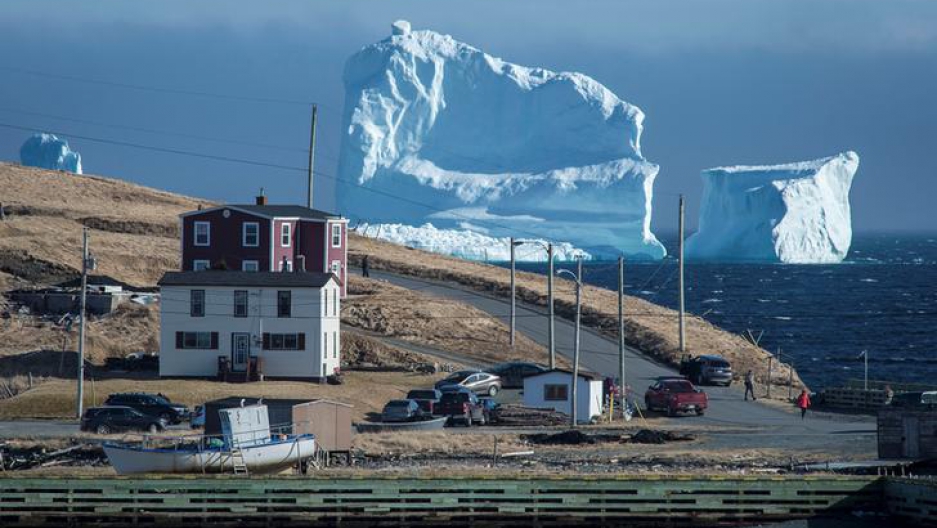 Residents view the first iceberg of the season as it passes the South Shore, also known as "Iceberg Alley", near Ferryland Newfoundland, Canada April 16, 2017.
Credit:

Residents of coastal villages in Newfoundland, Canada, always have pretty amazing views out their windows. The blue North Atlantic ocean fills most of the frame.

But recently, some massive new stunners floated into view.

“The iceberg was there and everybody was taking photographs,” says Adrian Kavanagh, the mayor of Ferryland. The town sits at the southern tip of Newfoundland and Labrador, on the Avalon Peninsula, and is home to just over 450 residents. But Vikings and migratory fishermen have been visiting these waters for centuries.

“It was on the left hand side of the island, just off the coast," Kavanagh says of the frozen visitor. "People are still coming and taking pictures of it.”

For Ferryland, this isn't new. The arrival of the first hulking ice blocks offshore signals the arrival of tourist season, and minor traffic jams.

“It happens every year. Sometimes you’ll have lots of icebergs, other years you might get the odd one but it all depends on the weather and the wind,” says the mayor. 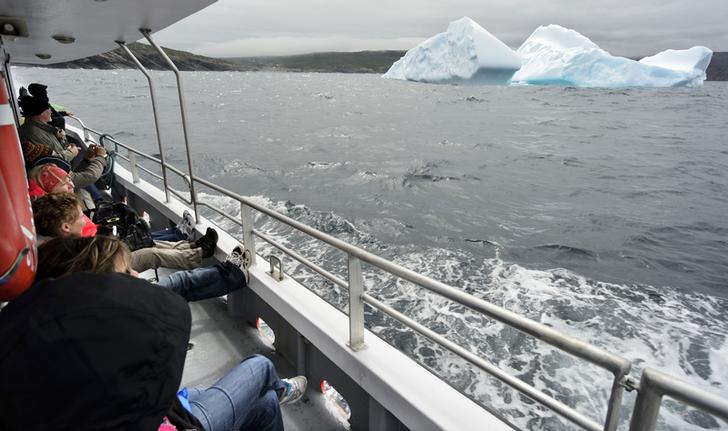 One of the icebergs near Cape Spear, Newfoundland, that attracts early tourists to Canada's most eastern province. Icebergs break off glaciers in Greenland and Baffin Bay and drift south to the Grand Banks along a route known as Iceberg Alley.
Credit:

The sheer size of the newest iceberg is impressive. It rises nearly 150 feet out of the water.

“It’s hard to say but you can get two to three houses together in a row, that shows you about the size of what it is, right?” Kavanuagh says. And that’s just the tip of the iceberg. The mayor imagines there’s the equivalent of eight or nine houses' worth of ice mass below the water line.

Kavanaugh, who's lived in Ferryland most of his life, says his community looks out on what has been aptly nicknamed Iceberg Alley. “This time of the year, you get all the ice coming down off Greenland. It comes down along the coast of Newfoundland and usually it veers off into the Gulf Stream which takes it further offshore. But if you get northerly winds, icebergs will come up around the point and along the southern shore.” 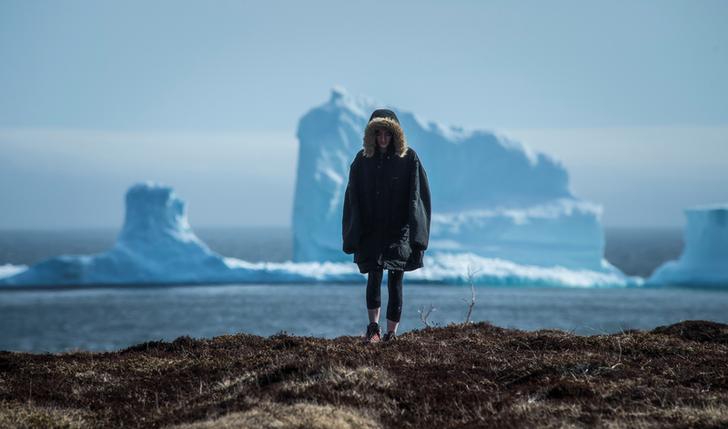 A resident views the first iceberg of the season as it passes the South Shore near Ferryland Newfoundland, Canada.
Credit:

The view of the iceberg from #Ferryland on #Newfoundland #Canada pic.twitter.com/FMnpsaPXaL

There are helicopter and boat excursions offered for tourists who want a close-up iceberg experience. Often there are Artic seabirds and seals that can be seen out on the floating icebergs, too. Kavanaugh says that there were even several sightings of polar bears on the thick seasonal pack ice this winter.

Ferryland attracts photographers, amateurs and pros, who want to capture the spectacle. Kavanaugh says his favorite image so far this spring shows the iceberg looming over his tiny coastal village: “It’s a photographer's delight to see something like this.”

Gorgeous massive iceberg near Ferryland,
Newfoundland and Labrador (not far from St. John's.)
Awesome pic from a friend on Facebook. pic.twitter.com/txG1Zia8xd