Jews digging a trench in Ponar forest, in which they were later buried, after being shot.

Every year, the survivors gathered on the last night of Passover to tell the story of their own miraculous escape from bondage to freedom.

Their story doesn’t take place in the desert of Egypt but in the killing pits of Lithuania.

Shortly after the Nazis invaded Lithuania in June 1941, they started bringing groups of Jews from the nearby city of Vilnius, known as the Jerusalem of Lithuania, to the Ponar forest. The Nazis lined them up, shot them at close range, and tossed the bodies into pits.

The unfinished fuel tank site, which was used as an execution site for Jews from the Vilna region.

An estimated 100,000 people, including 70,000 Jews, were murdered at Ponar. In 1944, when the Russians were about to retake Lithuania from the Nazis, the Germans recruited a group of 80 Jewish prisoners to exhume the bodies and burn them, in order to hide the evidence.

For months, the prisoners dug up and burned corpses — often they were the bodies of friends or neighbors. One man tells a story of recognizing his wife and children among the dead. Another man washed his hands obsessively for the rest of his life, to remove the trace of the bodies.

The prisoners knew that when they finished their job, they would be shot. So they came up with a plan.

Every night, for 76 nights, they dug a tunnel under the Nazis’ feet. The tunnel went from the burial pit, where they were housed, 100 feet into the forest. They dug the tunnel using spoons and their bare hands.

Then on the last night of Passover, April 15, 1944, the time had come. The prisoners cut off their shackles with a smuggled-in file, and shuffled through the narrow passageway in the ground. When they emerged from the tunnel, the Nazis started shooting. Only 12 prisoners made it out and joined a partisan unit in the forest. Only 11 survived until the end of the war.

The survivors passed their stories down to their children — but the children never knew for certain if the tunnel actually existed.

Last year, an international group of archaeologists found the legendary escape tunnel. They didn’t want to disturb any human remains at the burial pits, so instead of digging, the archaeologists used radar and radio waves to scan beneath the ground. What they found dovetailed exactly with the survivors’ verbal accounts. 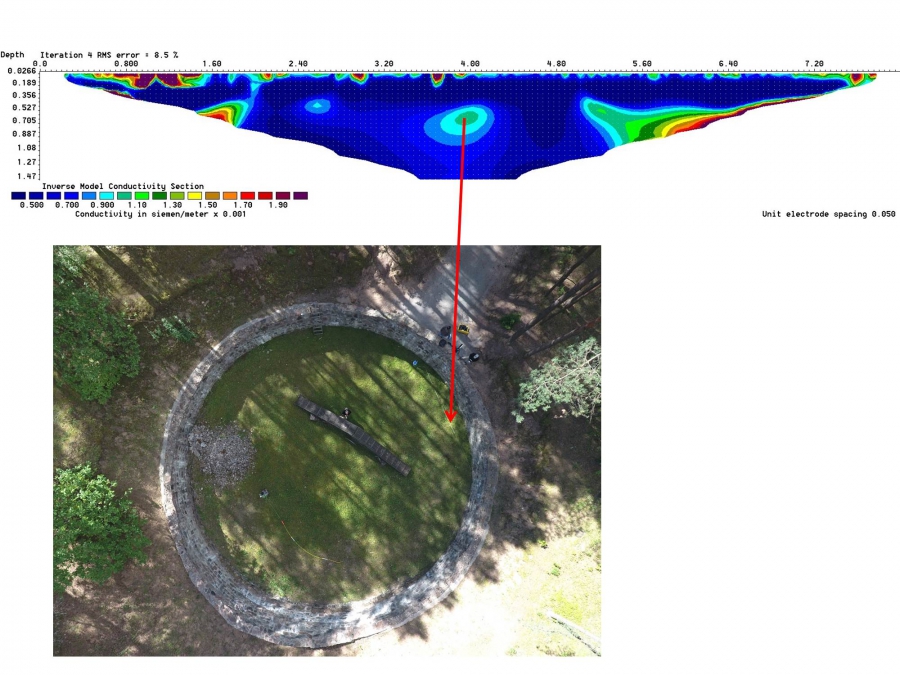 This is data from ERT scanning technology, paired with a drone photo of the burning pit. This shows the entrance to the escape tunnel, which was known from prior work at the site, which the archaeology team wanted to confirm.

The archaeologists’ discovery is the subject of a new documentary from the program Nova. The co-director of the film, Paula Apsell, says after the archaeologists found the tunnel, the documentary team brought together all the children of the survivors, who live in Israel, and explained the technology to them and showed them the proof.

“You could just see the relief and the closure it brought them,” she says. “They had [their parents’] stories. And of course they believed the stories but they needed the closure. And now they have actually concrete scientific evidence that these stories are true.”