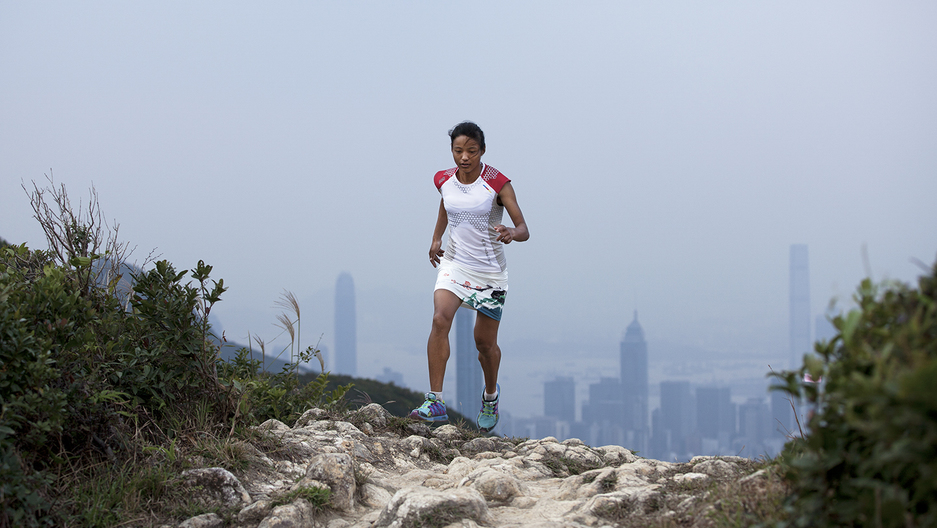 Now, this former child soldier from rural Nepal is one of the top long-distance, high-elevation mountain runners in the world.

And she’s just getting started.

Rai pulls trophies from a glass case at her house in Kathmandu. I ask her to show me the one from her first trail-running race in Nepal, the one that launched her career three years ago, but she says there wasn’t an award for that one.

“No trophy,” she laughs.

The day Rai showed up for that 50-kilometer (about 31 miles) mountain trail race outside Kathmandu, she had no idea what she was getting into.

“I went there thinking it was a training run,” explains Rai. “I didn’t know it was a race. I just had a T-shirt and pants on. Other runners had backpacks and food and I went with nothing, but I just ran and ran.”

Hours later, Rai became the first and only woman to cross the finish line. “I just continued to run and then, I didn’t know, but I won!”

A month later she entered the 180-kilometer Mustang Trail Race in Nepal — that's nearly 112 miles — and won again. Then she took first place in races in Hong Kong, Italy and France. A year later, she had an endorsement deal with Salomon and became the subject of an award-winning documentary simply titled “Mira.”

In January, she was voted National Geographic’s Adventurer of the Year. And she’s just 29.

It’s not a life she imagined for herself.

Like many rural Nepalis, Rai grew up poor. She quit school when she was just 12 years old to help support her family. She would carry heavy bags of rice across miles of rugged trails to the local market.

In the mountains all around her, a Maoist rebellion had been raging for years. Armed rebels were fighting to overthrow the Nepali monarchy and establish a people’s republic.

So when the Maoists came to her village in 2002 looking for recruits, Rai joined up. She was 14. 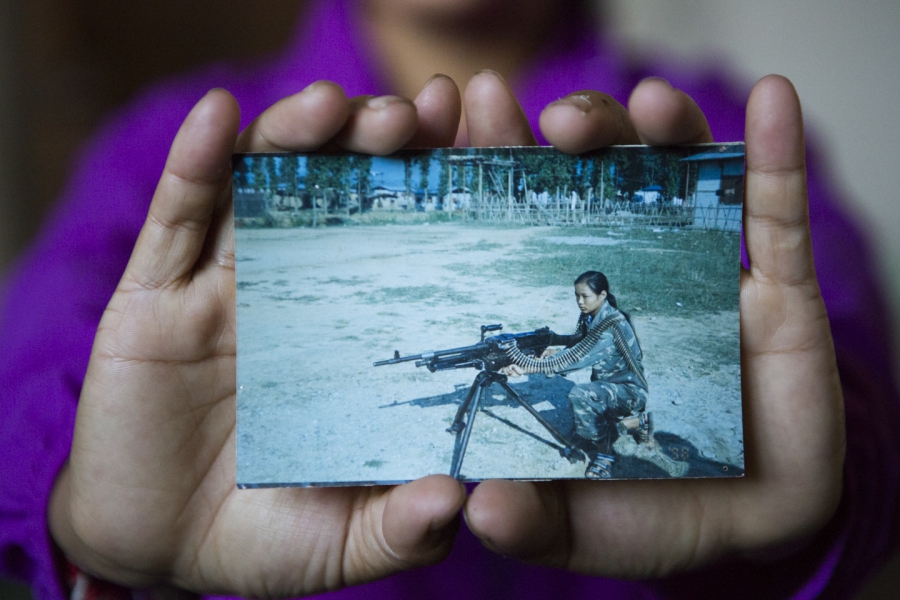 When Maoist rebels came to Rai’s village looking for recruits in 2002, Rai was only 14. But she joined up in hopes of finding a better life for her and her siblings.

“I went there not because I understood their intentions or policies but because I wanted to do something,” she says.

Rai saw it as a way to help her siblings — and as a way out for herself.

“In my village, girls weren’t a priority. But the Maoists always talked about equality, which was something I wanted in my own life. So I left my education and joined them because I thought I could become something through the training. And I did end up learning many new skills.”

Like how to shoot assault weapons. She also became a black belt in karate and excelled at running.

Rai told her mother when she left that she’d be gone for a week. It was more like two years. Her father and uncles searched for her. Her mother even tried to commit suicide.

“When I remember that moment, I feel like crying," she says. "It’s very difficult. I never wanted my mother to go through that because of me.”

When the armed conflict ended in 2006 under a UN-brokered peace agreement, Rai was 17. She thought she’d continue as a soldier in the Nepali army, but she was considered too young. So she returned to her village, devastated. She stayed in touch with her karate instructor from the Maoist camp, however, and focused on keeping herself physically fit.

He eventually invited her to live with his family in Kathmandu. And now, every morning at 6 a.m., she stretches and practices at his dojo. 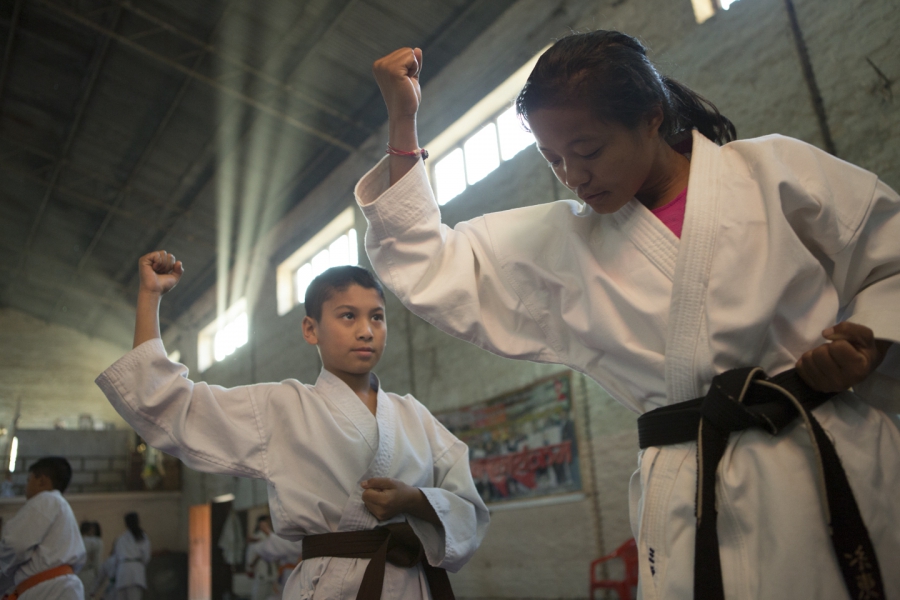 A young black belt leads Rai through a kata at the karate dojo where she trains daily in Kathmandu.

She calls her karate instructor her “guru” and says he pushes and inspires her. A few miles away, a group of Nepali girls say the same thing about Mira Rai.

At a local running club, girls here take turns telling me why they like running, and what Rai told them the day she visited their club. 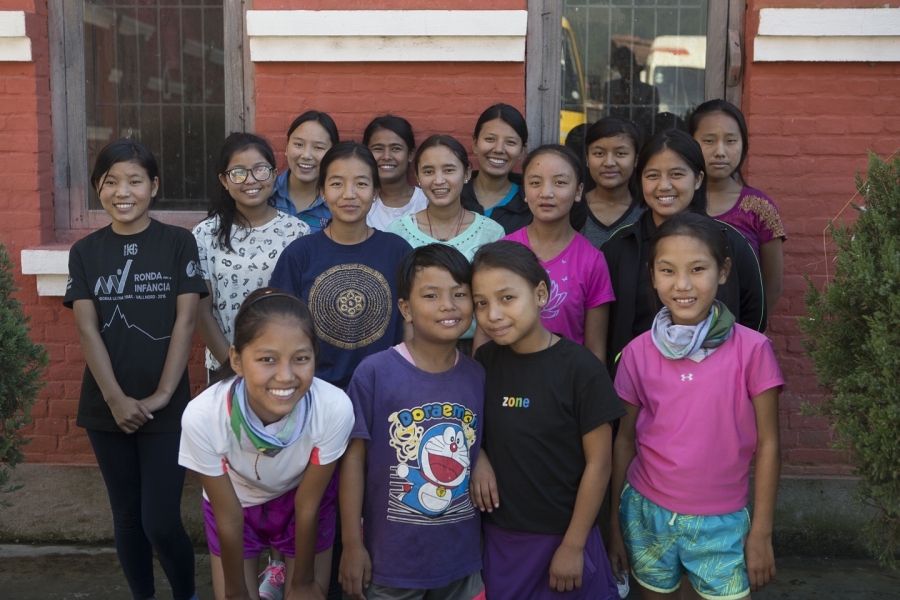 “She said 'never give up,'” one girl reports. “And she told us that running is also good for our health."

I ask the running club if it’s easy to do sports as a girl in Nepal. They all shake their heads: No.

"We are considered backward just because we are women," Rai explains. “But we’re not backward. We should be involved in sports, and we should make our country known for that.”

“It's sad that everybody says mountain racing is a sport, but in my own country, the government doesn’t recognize it," she says.

But as usual, Rai isn’t giving up.

"I want to transfer the chance I got to my little sisters in Nepal. I want to help them learn what I learned and reach where I am today," she says. "I want them to have as big a name as mine someday.” 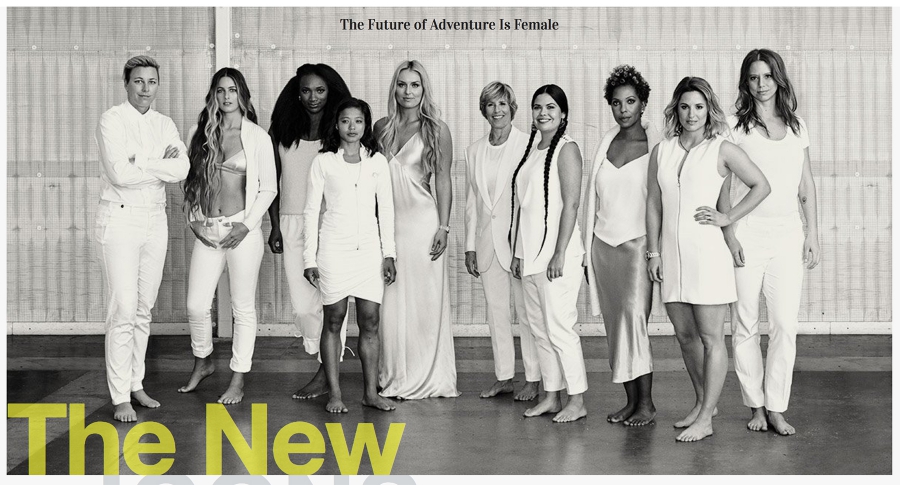 Mira Rai stands alongside nine other powerful women athletes for the May 2017 cover of Outside Magazine.