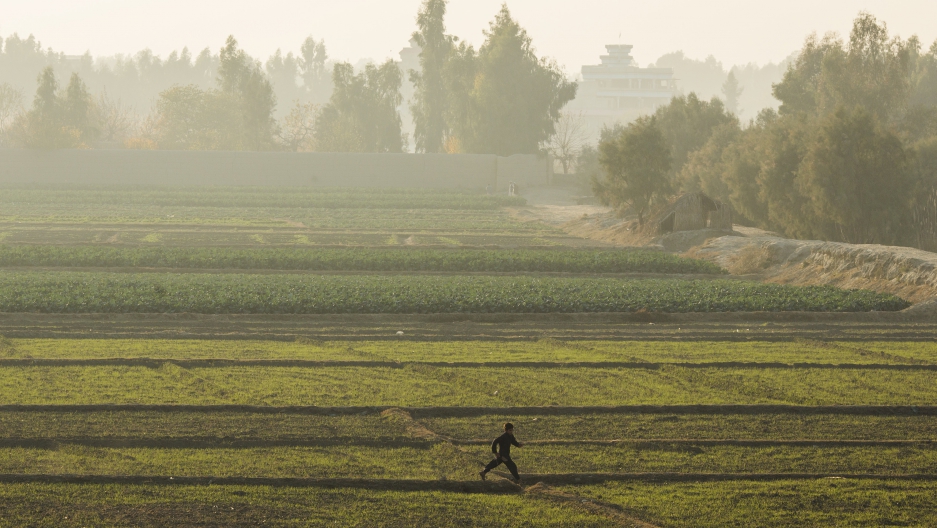 A young Afghan boy runs through a field near Forward Operating Base Fenty, in the Nangarhar province of Afghanistan, December 17, 2014.

When human rights activist Noorjahan Akbar heard Thursday that the US has dropped its biggest non-nuclear bomb in eastern Afghanistan, she took to Twitter.

“Nangarhar is [one] of the most beautiful parts of Afghanistan," she wrote, "People say it is “always spring” here. The environmental cost alone will be tragic.”

I have the most beautiful memories of traveling, eating fish & speaking w/women in #Nangarhar. Now it will be known for the biggest bomb. :(

Akbar remembers the province well. In 2013, she visited Jalalabad, a city an hour away from where the bomb landed in Achin.

“I visited with a friend for entertainment because there is a river and there’s fresh fish,” she explains. “So my memory of Nangarhar are incredibly peaceful. It’s sitting by the river, eating fish, talking to local business owners.”

Akbar, who was born in Kabul, says this part of Afghanistan is different from the way the country is typically portrayed.

“It’s not the dry deserts that you usually see in the media,” she says, “it’s incredibly green.”

Nangarhar is of the most beautiful parts of Afghanistan. People say it is "always spring" there. the environmental cost alone will be tragic

As beautiful as Nangarhar is, Akbar says, it's "haunted by military activity by Taliban and ISIS." More so, she adds, by the presence of the Taliban than by ISIS. That's because the Taliban has deeper roots in Afghanistan than ISIS.

"Sometimes [Afghans] might have feelings of sympathy toward the Taliban because they know them. They might be relatives, they might be local young men. That's not the case with ISIS. Many ISIS fighters are not even from Afghanistan."

The US military claims its bomb killed 36 militants. The bombs reportedly targeted tunnels and bunkers in Achin that local ISIS fighters used. Local security officials say they requested the strike because fighter jets and drones had not been successful in destroying the tunnels. 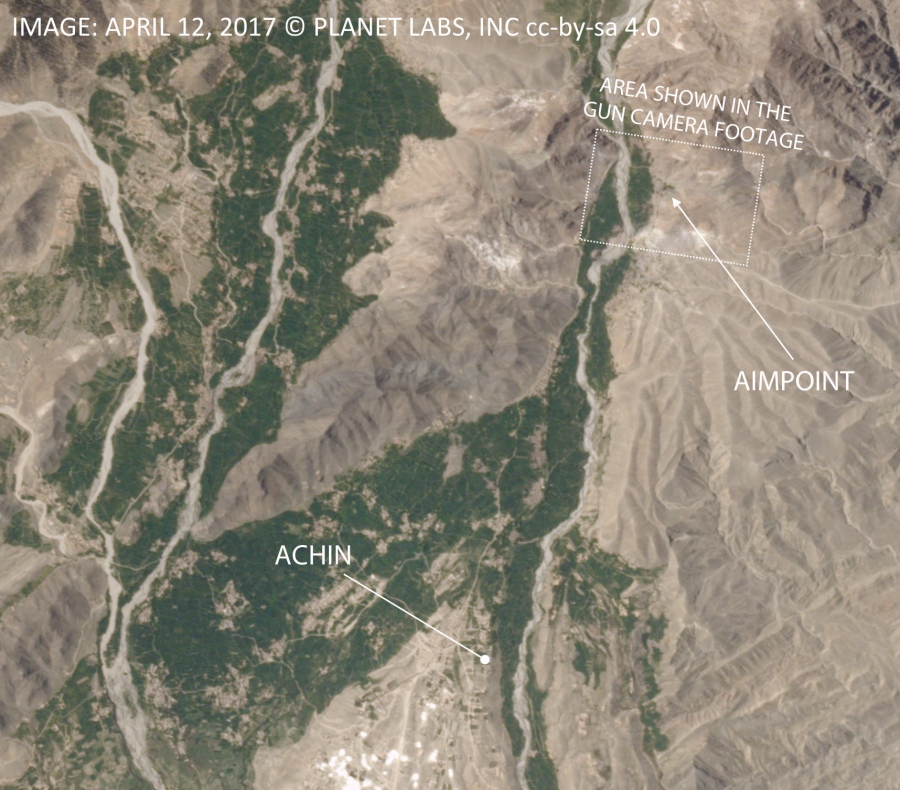 Satellite image of the area in Afghanistan where the US bombed. The greenery can be seen from above.

Akbar, though, questions the long-term usefulness of these types of operations.

The way Akbar sees it, this week's bombing in Afghanistan was "less about ISIS and more about the US showing force in the region."

She thinks this is yet another reminder to Afghans that their country is seen as a battlefield — that Afghan voices are not taken into account.

"What happens in Afghanistan is just a power play between super powers," she says.