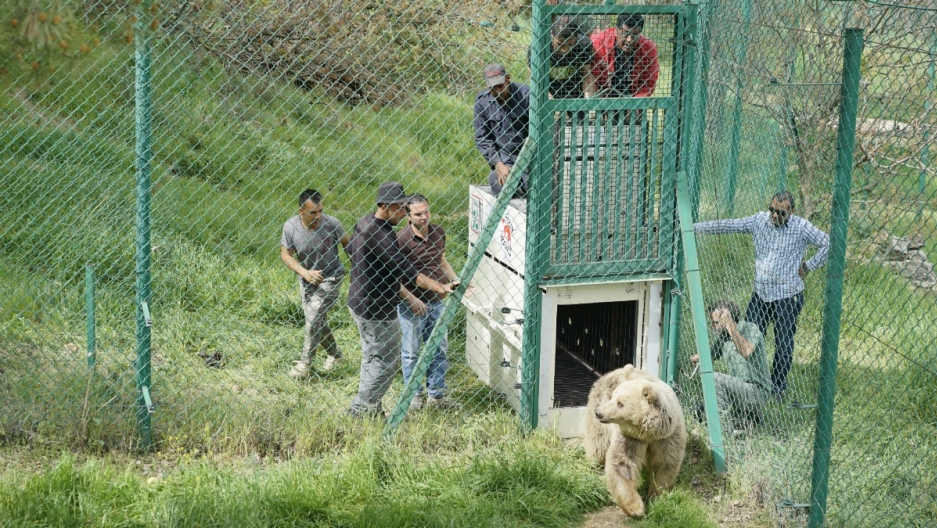 Lula the bear arrived at an animal rehabilitation shelter in Jordan on April 11, 2017.

When Amir Khalil, a veterinarian with the animal welfare group Four Paws, entered the Montazah Al-Morour Zoo in the Iraqi city of Mosul, he encountered a horrifying scene.

In the midst of heavy fighting between the Iraqi Army and ISIS, the zoo had been left completely abandoned for months. Most of the animals had died, either from starvation, or killed in the bombings.

“I think if we waited some days more,” says Khalil, “they would not be existing, they would be history.”

Lula and Simba’s journey from the Mosul zoo to a wildlife refuge in Amman was long and perilous. Khalil says he and his team of international volunteers were turned back at a checkpoint near the border out of Mosul twice. The third time they tried to leave with the animals, they were detained for nine days. Eventually, they were allowed to pass into Iraqi Kurdistan, and from there they took a cargo plane to Jordan, where they arrived this week.

Khalil, who has called himself a "kind of roving war zone veterinarian" has gone on risky animal rescue missions before, to places like Gaza and Libya. But even he found those days in Mosul nerve-wracking.

“This mission I was afraid. I was seriously afraid,” says Khalil. “I have foreigners. Animals. It’s a strange situation. And this is a good target for ISIS.” 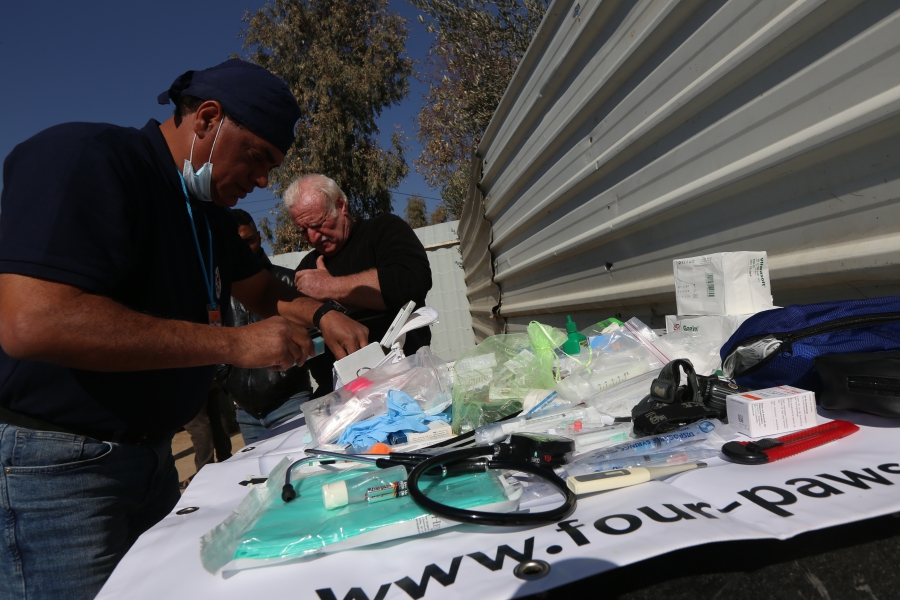 Veterinarian Amir Khalil says Lula and Simba were in need of urgent care when he found them in the Mosul zoo.

But Lula and Simba were calm and cooperative the whole trip, even though they were stuck in small travel containers, often without enough food or water.

"I think they were, I don't know, but I have a feeling that they knew, " Khalil says, "that [we] wanted them away from this place, wherever [else], but not back to this place again.''

Khalil says people often ask him why he takes such huge risks just for animals, when there are so many humans in need of help, too. But to him, it’s not one or the other. “A kind person should be kind both to humans and to animals,” says Khalil. “Why should kindness only be for humans? This will not help the human, an animal dying.’’

Everyone was elated, Khalil says, when they arrived at the New Hope Center in Jordan, Lula and Simba's new home.

“The first thing Lula did when she went out from her crate, she took a shower,” says Khalil, “Which, in fact, we also did. We took a shower after the long time at the border, waiting.”

After dropping Lula and Simba off, Khalil flew back home to Vienna, Austria. But he's already planning a trip to go back and visit. 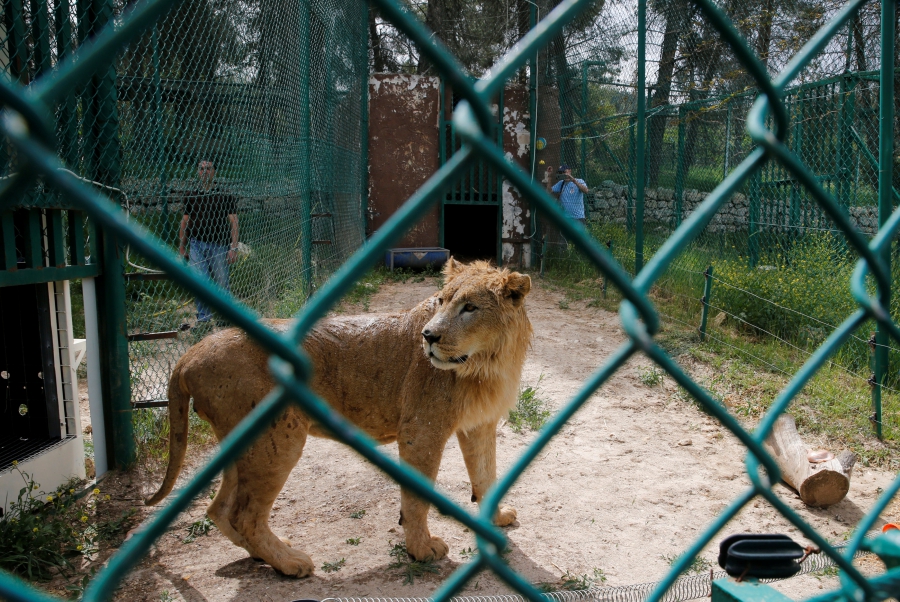 Simba the lion takes a walk in the animal rehabilitation shelter in Jordan.