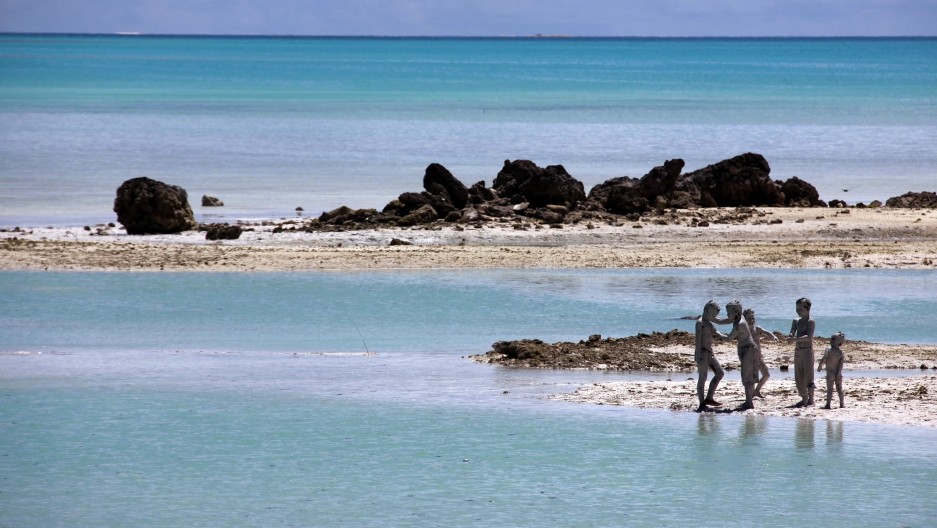 Young boys cover each other in reef-mud near the village of Ambo on South Tarawa in the central Pacific island nation of Kiribati. Scientists predict large portions of the country will be unliveable in decades due to rising seas.

President Donald Trump is selling his energy policies as an end to job-killing regulations and a boost to the US energy industry.

But around the world, many people from developing countries view the changes to the US climate policy differently.

“I know that there is this new policy, that it’s this 'America First,'” says Anote Tong, former president of the Pacific island nation of Kiribati.

“But [that] doesn’t mean that you destroy our home by putting America first.”

So while President Trump sees the reversal of many Obama-era efforts to slow climate change as providing an economic boost to the US, former President Tong sees it as an existential threat to his entire country. 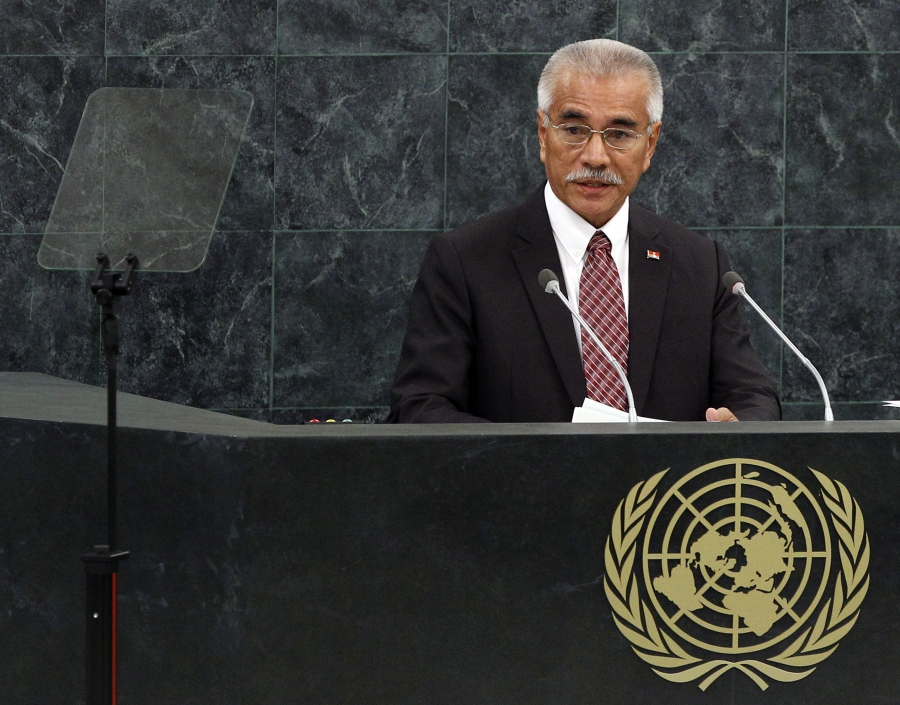 With his March "energy independence" executive order, Trump sounded the death knell for the Clean Power Plan, a rule that would have cut pollution from power plants.

“My administration is putting an end to the war on coal,” Trump said before signing the order.

The White House is also considering another move: dropping out of the 2015 Paris climate change agreement. Even if it doesn't offically drop out, it's not clear how — or if — the US could stick to its Paris commitments. That undercuts a key goal of the agreement: an aspirational effort to limit global warming to 1.5 degrees Celsius, or 2.7 degrees Fahrenheit.

Developing countries lobbied hard for the unofficial 1.5-degree target to be included in the Paris agreement as a kind of damage control for the world’s most vulnerable nations.

Poor countries are the most vulnerable to small changes in global temperature. But developed countries — and especially the United States — are the most responsible for it.

“If [the US] is refusing to contribute to the solution, then we think that is highly immoral and unjust,” says Nacpil.

What seems particularly unjust to activists from the developing world is that this is not the first time the US has backed away from climate change commitments made on the international stage. 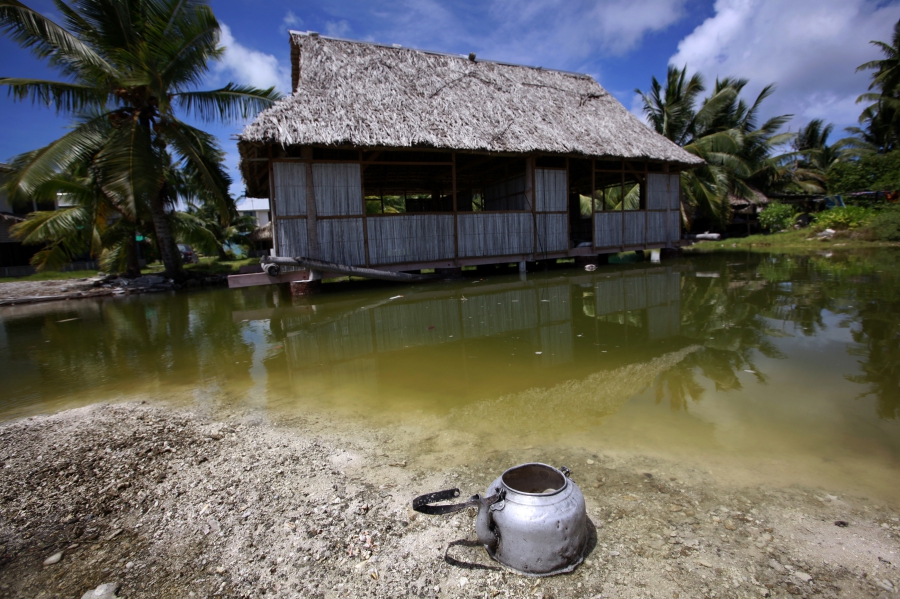 An abandoned house that is affected by seawater during high tides stands next to a small lagoon near the village of Tangintebu on South Tarawa in the central Pacific island nation of Kiribati. Scientists predict large parts of the country will be unliveable within decades.

“We have, to some extent, seen a version of this before,” says Bangladeshi climate researcher Saleemul Huq, speaking about the Kyoto Protocol. It was the first binding global climate agreement, reached 20 years ago.

“The last all-night session of Kyoto, I remember them coming out and saying, we have a deal, we have a protocol. And the United States was part of it,” says Huq, a long-time advisor to the Least Developed Countries group at UN climate negotiations.

“But then President [George W.] Bush became president, and he then withdrew from the Kyoto Protocol.”

Since then, many people have seen the US as largely an obstructionist force at international negotiations to slow climate change.

“The truth is that [the] United States has been a big stumbling block in terms of the fight against global warming,” says Nigerian activist Nnimmo Bassey, former head of Friends of the Earth International.

American leaders finally got on board in the lead-up to the 2015 Paris talks, and together with China led the way to a climate change agreement decades in the making. But just about everyone agreed the deal they struck was a weak one.

“It didn’t really add up to preventing catastrophic temperature increases,” says Bassey. “But having the United States on board gave a kind of assurance that things could step forward in the future.”

Now, those assurances have disappeared.

The activists and experts I spoke with aren’t, by any means, a representative sample of people in developing countries. But they all did share similar worries about the US scrapping goals to cut carbon pollution.

Lydia Powell, an energy analyst with the Observer Research Foundation in India, offered a different perspective. She says operators of Indian coal mines and power plants were happy about Trump’s new energy policies.

“When Trump announced his policy, many of the policy makers whom I personally interact with, they all sounded a bit relieved,” says Powell.

Those in the energy sector, Powell says, believe demands for India to burn less coal are likely to lose some of their weight with the relaxation of coal regulations in the US.

And so far, no other countries have followed the US in indicating a retreat from the Paris agreement.

Back on a beach in Kiribati, as President Tong watches high tide lap at the seawall protecting his home, he says he’s still holding out hope for his low-lying nation.