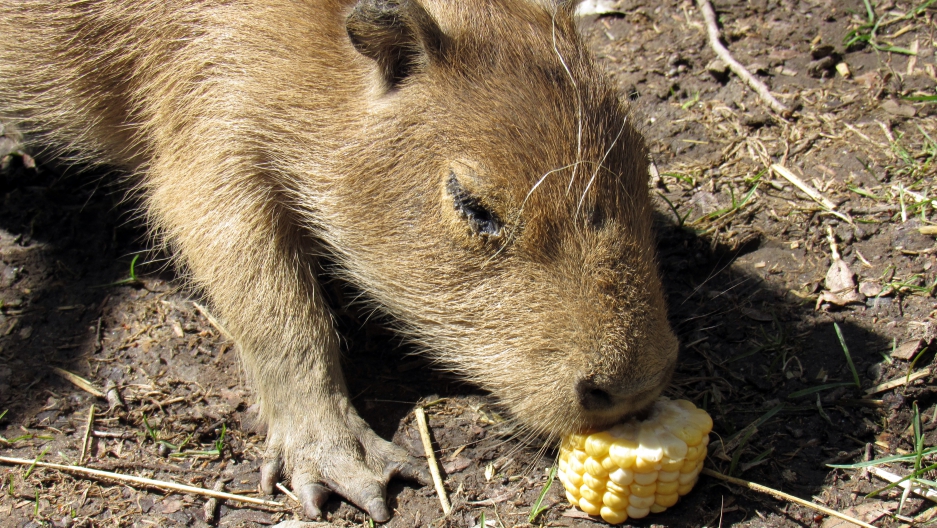 Toronto's High Park Zoo has some new residents. The zoo's pair of capybaras had babies. Here's one of the new family members.

They love water and have webbed feet and short, vestigial tails.

And on Saturday, I came face-to-face — or more like microphone-to-snout, with the world's most famous capybaras.

I visited Toronto's High Park Zoo, where last summer two capybaras made a break for freedom.

“Bonnie and Clyde, as we named them, escaped the very first day they arrived,” explains zookeeper Sonya Dittkrist. “So they were on the lam, one was 4 weeks and one was 6 weeks.”

And during that time, there were daily sightings. Torontonians were monitoring the park’s lake area for the rodents of unusual size.

Bonnie and Clyde were returned safely to the park zoo after spending the summer swimming in the pond and grazing on grass and plants.

And Dittkrist says even though staff were concerned for the pair and wanted them back, the capybaras didn't pose a threat to the public.

“Not unless you could actually get your hands on them. Then they can bite. They have actually really long teeth. They are about the length of your fingers ... they could hurt you, but, yeah, they are just big chickens.” 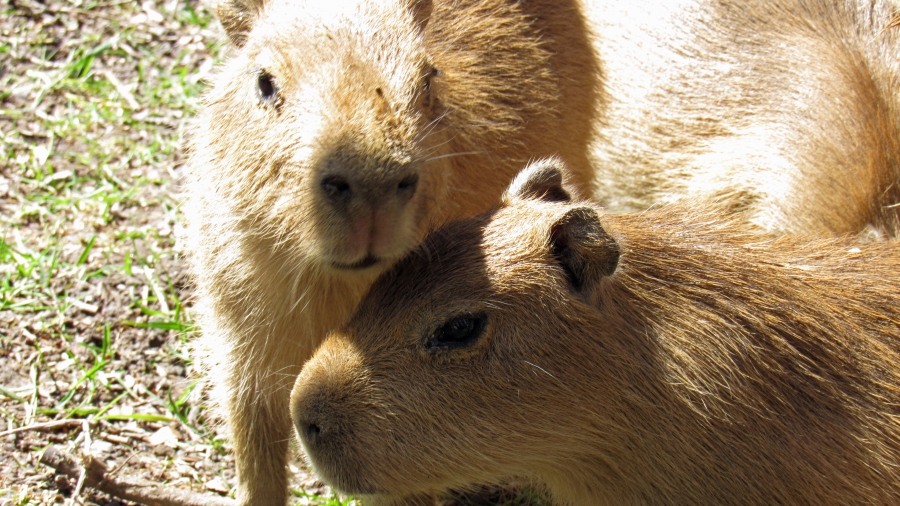 The "capy-babies" don't have names yet. The zoo is asking the public to suggest names for them.

The pair's escape sparked a citywide fascination with the capybaras.

But the rodents are indigenous to South America — mostly in Brazil — so they like a warm climate.

In recent months, the capys have been laying low and staying inside their barn. But they’ve been keeping busy.

"We've got three bouncing babies,” says Dittkrist. “They were born February 23rd, so they are our new edition and we love them. They are so cute.” 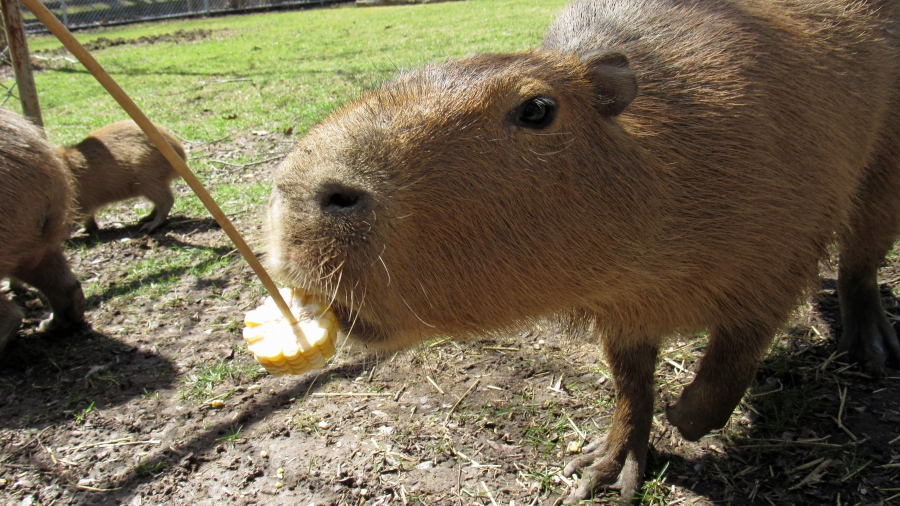 Capybaras love to munch on raw corn on the cob.

And here's where my zoo visit went from nice — to a dream come true. Dittkrist tells me it's lunchtime and that I can feed the babies and Bonnie and Clyde. She fills up a bowl with corn, cantaloupe and apples. And we go to the pen where the family has collected around a mud pit.

But the sound of the gate opening brings the adults over to investigate. With a chunk of raw corn stuck onto the end of a stick, I lure Clyde over for a snack.

Little kids push their corn sticks into the pen to get the capys to come closer.

And then one of the baby capybaras gets curious and starts sniffing my feet.

The little guy was using those long pronglike teeth to chew on the end of my shoe. 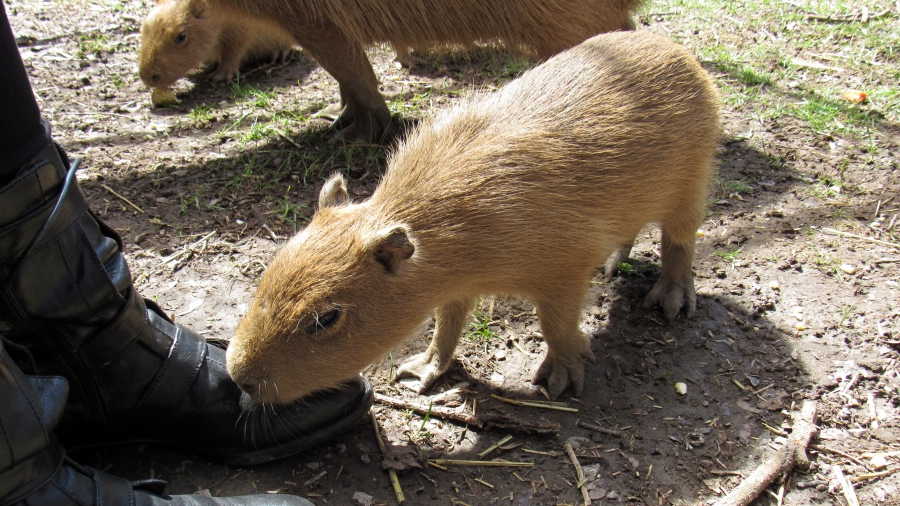 A capybara baby is gnawing on reporter Andrea Crossan's boot.

After a brief taste test, the baby goes back to picking up chunks of corn.

I can't explain why I love capybaras. Maybe it's the soulful eyes.

Maybe it's the cute snouts or the roly-poly bellies.

After my time in the pen, I have one last question about capybaras for the zookeeper.

"You can't have them in the city," says Dittkrist. "But if you had a farm. It is possible, I believe, that you could have them as a pet."

Now, I just need to get that farm.