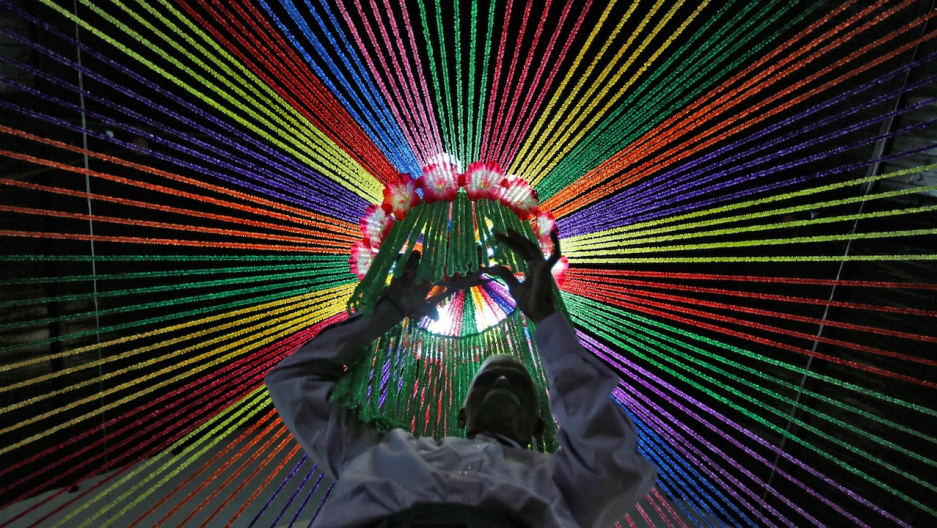 A man decorates a church ahead of Christmas celebrations in Ahmedabad, India, Dec. 18, 2016.

It’s Sunday morning in the Indian city of Banaras. In a humble concrete and sheet-metal church, worshippers gather for the weekly service.

But this is no regular church. There is no spire. There are no ringing bells. The regular vocabulary of praise for Christ is tailored to this Hindu-Indian congregation.

Jesus is depicted not on the cross, but sitting in the lotus position with the palm of his hand outstretched, just like Krishna. Members of the congregation sit not in pews, but cross-legged on the ground. The hymns are set to tabla and harmonium, just like Hindu vedas.

India has for a long time prided itself on being a multi-faith, secular nation. But in many parts of the country, there is a battle for souls taking place. In a nation that has seen Hindu nationalism popularized through the ruling Bharatiya Janata Party (BJP), Hindu conversions to Christianity are forcing a discussion on the role of caste and religion in modern India.

Conversions to Christianity among the Hindu population is an especially contentious trend.

Almost this entire congregation in the Banaras church once identified as Hindu Dalits, or untouchables. The untouchable caste is traditionally perceived as being at the very bottom of the pecking order of Hindu society. In the minds of many Hindus, menial jobs and cleaning are still reserved for Dalits.

The priest, Father Joseph, says Christianity offers an escape from the trappings of the caste system. “The gospel teaches that redemption is through Christ. We are all created equally and we are judged not according to the family we are born into, but for our deeds.”

The church encourages a brand of faith you could call Christianity-lite. The congregation is told that belief in Jesus can sit alongside belief in Hindu deities such as Krishna and Shiva. Many of the churchgoers identify as Christ-believing Hindus. 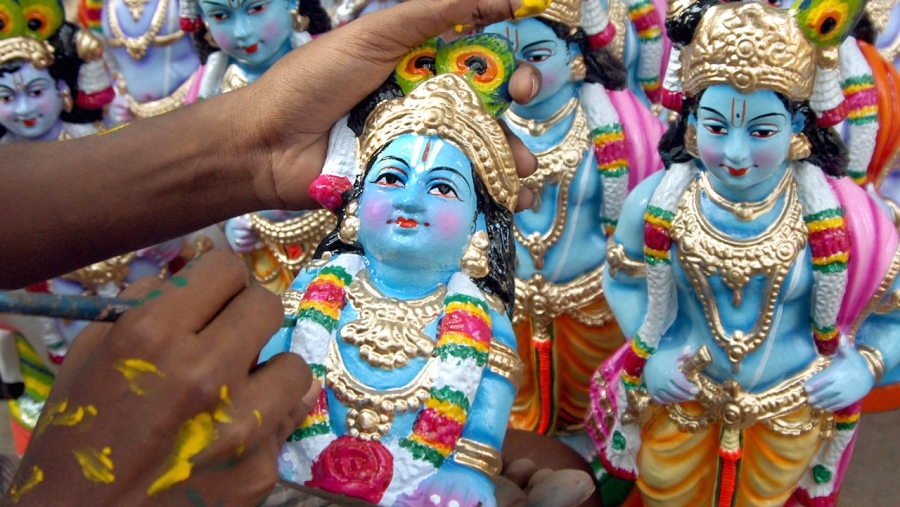 An Indian artist works on statues of Lord Krishna, one of the revered Hindu deities, before the Hindu 'Janmashtami' festival, at a roadside workshop in the southern Indian city of Madras, in 2004.

Father Joseph explains: “This Church is funded by Christians in America who want to see the gospel of Christ spread through India. We are offering welfare programs. If people gain comfort from believing in Christ alongside the Hindu Gods that are known to them, what is wrong with that? If they want to become fully baptized Christians later, we will facilitate that.”

But class norms here are stubborn, and the conversions have, for the most part, created a Christian underclass. Converts are still perceived as Dalits by much of Indian society, and therefore continue to be stigmatized.

There are no reliable figures for the number of conversions to Christianity, but the issue is gaining traction across India and sparking a response.

In March this year, the BJP won a landslide victory in Uttar Pradesh, India’s most populous state. The appointment of Yogi Adityanath, a firebrand Hindu priest, as chief minister of the state has been perceived by many as an example of the rise of an explicitly Hindu-Indian identity, an identity that many Hindus say is being threatened by the conversion of Dalits.

Hindu nationalist organizations such as the Rashtriya Swayamsevak Sangh or RSS have organized a program of "Ghar-Vapsi," or "Homecoming," reminding Hindu converts to Christianity of their religious heritage and encouraging them to return to the faith they were born into.