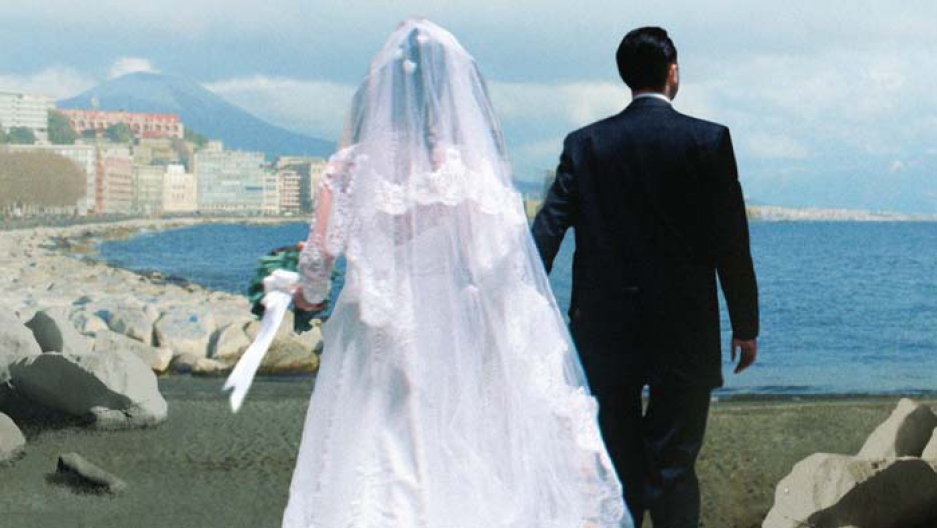 Book Jacket from "My Brilliant Friend" by Elena Ferrante

When Ann Goldstein set about translating the work of the little-known Neapolitan novelist Elena Ferrante into English, she never imagined that her translations would be thrust into the international spotlight.

Ferrante’s Neapolitan novels — four books chronicling the lives of two women from Naples, Elena and Lila — have gone on to sell millions of copies and become New York Times bestsellers. Now they're being adapted into a 32-part television miniseries, picked up in part by HBO. Filmed in Italian, and shown with English subtitles, the first show to look out for will be called “My Brilliant Friend,” after one of the four literary works.

While the novels are a good read — rife with love and sex and violence and the mob — what hooked me is how Ferrante writes about language and dialect. Italian literature professor Olivia Santovetti calls the novels “a commentary on the linguist history of Italy from the 1950s until today's time.”

This week on the podcast we explore that linguistic history and the tensions between Italian dialects and the lingua franca. Plus, you get to hear World in Words co-host Patrick Cox sing in his best Italian accent. You don't want to miss this.

00:23 Ann Goldstein, Ferrante’s English translator never expected the novels would go as viral as they have.

3:50 Patrick sings for the podcast.

4:55 The mystery of Elena Ferrante.

6:06 Quick synopsis of the Neapolitan novels. No spoilers!

6:57 How did Italy decide on a lingua franca?

7:23 During the 14th and 15th centuries, Tuscany was a powerful region of trade and commerce.

8:24 When Italy was unified in 1861 only 2.5 percent of the country spoke Italian, according to Olivia Santovetti, a professor of Italian literature at the University of Leeds.

10:41 The introduction of television in Italy in the 1950s helped spread Italian.

11:35 Santovetti sees Ferrante’s novels as a “commentary on the linguistic history of Italy.”

12:00 What language a character speaks and how they speak it says everything about who a character is and who they want to become.

12:45 How does Ferrante define Italian in the novels?

13:47 All of the characters struggle between Italian and dialect but not all at the same level.

15:00 Characters are not only marked by the language they speak but their accent.

15:45 Tiziana De Rogatis, a professor of Italian literature at the Unversity for Foreigners of Siena relates to the experiences of the character Elena.

19:21 Gianni Riotta is a columnist for La Stampa and the Atlantic. He was born and raised in Sicily but he also never learned dialect. Speaking a dialect was forbidden by his father.

21:25 Gianni’s memories from living in a dual language culture.

23:12 As a reporter in Italy, Gianni is constantly running into dialects all over Italy.

26:47 Do dialect speakers in Italy encounter stereotypes or prejudice for speaking dialect?