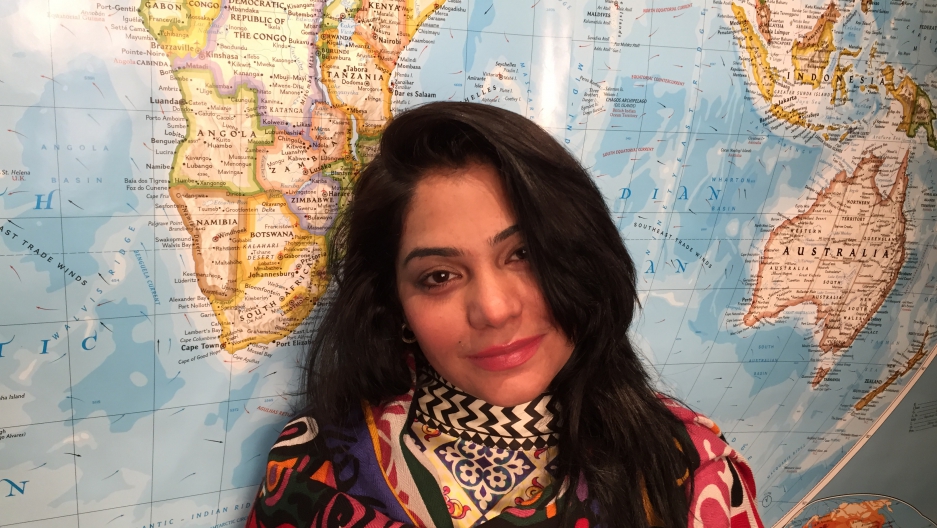 Pakistan singer Sanam Marvi in our studios at WGBH, Boston

Each week on The World, we feature a unique selection of music. And every week, we put together the highlights for you here.

It's rare for a woman to sing Qawwali songs

Pakistan's Sanam Marvi is a Sufi Qawal, a devotional singer. Qawwalis are songs that often extend into half-hour musical meditations, and ultimately trance-like states for the people listening and dancing. Sanam Marvi says she holds a great responsibility as one of the few women to perform this type of music. She's on a US tour now; go here to see if she'll be at a city near you.

Liber Teran is Mexican rock royalty. He was influenced by smart 1990s rock acts, bands like Jane's Addiction and the French group Mano Negra. He's been a mainstay on the Mexican rock scene for a couple of decades and has just released his "best of" collection.

Les Amazones d'Afrique is a recently formed collective of women singers from West Africa. There are some legends among the ten artists in the group — like Angelique Kidjo from Benin, and Kandia Kouyate from Mali. On the podcast you'll hear a track featuring the powerful young Nigerian vocalist Nneka.

Here's the official video to the tune "I Play The Kora."

And here's a punk tune with a French twist

Nouvelle Vague is a Paris-based band that covers punk and new wave classics in surprising ways, adding strains of bossa nova, reggae, and French chanson. Here's their take on a Ramones hit, "I Wanna Be Sedated."