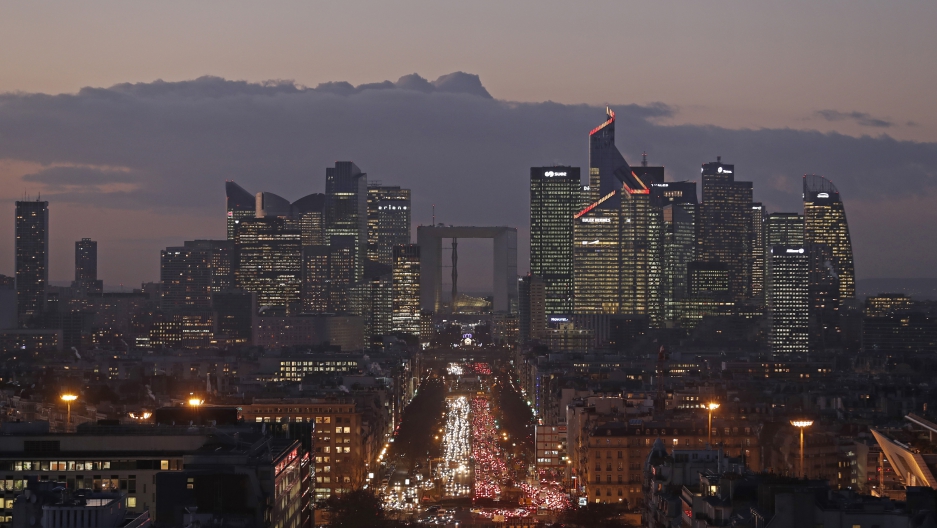 The financial district of Paris, La Defense, at dusk on January 5, 2017

Britain has begun divorce proceedings with the European Union. But could this signal a change of dance partner too for financial firms looking to do business with Europe?

France is capitalizing on the uncertainty of Brexit by presenting itself as a viable new base for the financial services industry, banks and investment houses at the heart of the EU.

One group that represents French business and finance has set its sights further afield than Europe, and is conducting a series of road shows to attract American businesses to Paris and away from London.

Paris Europlace represents French business and finance, and will hold presentations in Boston and New York in May to persuade US finance companies to choose Paris as their new European base.

As America considers swapping its traditional Anglo-Saxon business partners for their Gallic counterparts, there could be a bit of a culture shock in store.

France’s reputation for endless red tape in business is well known. So, how are French firms planning to get around it?

Arnaud de Bresson, managing director of Paris Europlace, firmly believes that things have changed radically in the last 10 years. He thinks there is a substantial gap between the perception of France and the reality on the ground.

"We are convinced that reforms will accelerate as the next French government takes power. We are in the process of becoming a much more business friendly country and things have already changed a great deal."

What is Paris’s unique selling point when it comes to attracting American business? De Bresson is keen to point out that Paris has some serious pulling power.

"Paris is the number one financial center in continental Europe — even bigger than Frankfurt. Paris is developing an innovative group of tech start-up firms especially in the financial sector. These are high performing young companies that already compete closely with London." Facebook decided earlier this year to open its first ever tech start-up incubator in the city.

French officials have already been touting for business in London this year to try to lure financial jobs over to Paris. Europe’s largest bank HSBC has said it may move a part of its operations to Paris.