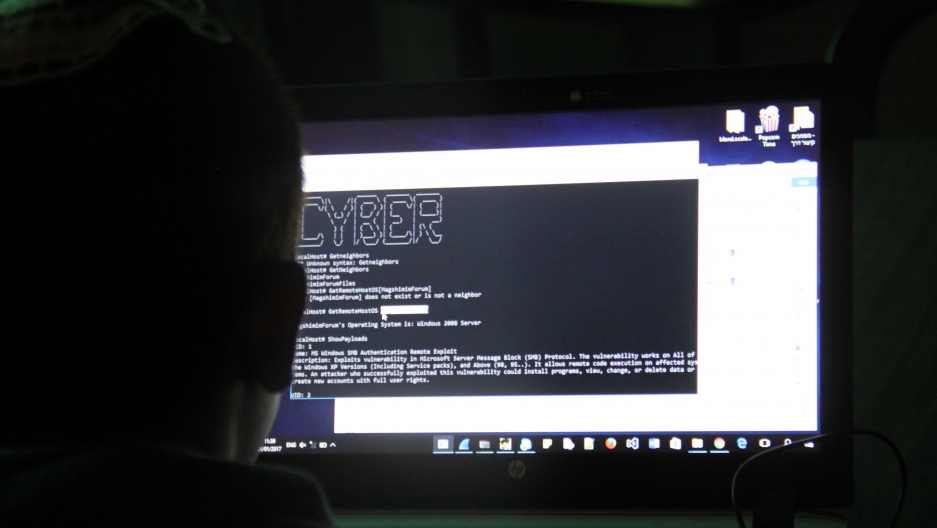 Israeli 10-graders are learning cybersecurity skills. The military won't allow photos that show their faces because many of them may later be recruited to Israel's version of the National Security Agency.

The Israeli military did not allow photos that would identify the 10th-grade students hunched over laptops in a darkened classroom last month.

That’s because when they graduate, about half of them will be recruited into one of the Israeli army’s cyber units, including the secretive Unit 8200 — the equivalent of the US National Security Agency.

“I’m not the most athletic person,” says 16-year-old Shalev Goodman, one of the kids working on a laptop, wearing a bandana on his forehead and his hoodie pulled up. “I do want to give something to the country. So cyber is a good thing to do.”

The Magshimim after-school program — for gifted high schoolers from underprivileged parts of the country — teaches computer programming, coding, encryption and how to defend a computer network against hacking.

The program is overseen by Israel’s defense establishment and co-sponsored by the Rashi Foundation, a philanthropic group. It's part of Israel’s efforts to invest in youth as a way to build up the country’s cybersecurity prowess.

Countries around the world are scrambling to teach children cyber skills. The NSA sponsors free summer camps to teach coding and cyber skills to elementary and high school students in the US, while the UK recently announced a new curriculum to teach cyber skills to kids ages 14 to 18.

What is different in Israel is that the majority of high school graduates are called up to the military, offering Israel a large talent pool to join official efforts. The cyber skills the youth gain in the army will help them land a job one day in Israel’s powerful cybersecurity industry.

Israel is particularly focused on recruiting more girls to join programs like Magshimim. One of the program’s regional directors, Ofir Ben Yair, goes to high schools to recruit kids for the program.

“My best line is to tell them that there is an opportunity here to study something that not many teenagers worldwide have the chance to have,” Ben Yair says. “An opportunity that if you don’t even try to seize, you might miss something that can change your life.”

In the darkened classroom, instructor Ben Weiss presided over a simulation: a network of computers was hacked, and the 10th-grade students’ mission was to regain the passwords and usernames and hack into the hacker’s network — all within 45 minutes. (The hacker in the scenario turns out to be a character from the "Teenage Mutant Ninja Turtles.")

“Wow, wow, wow!” one student shouted during the exercise.

Some fourth-grade classrooms in Israel are teaching computer programming, and there are even two new kindergartens focused on computers and robotics.

Is it reminiscent of Orson Scott Card’s sci-fi novel "Ender’s Game," about children recruited at a very young age to play simulation games and train to fight an alien species?

Sagi Bar, who has been tapped to head the national cyber education center and helps oversee the Magshimim after-school program, rejects the comparison. But he says he loves the book.

“The skills are skills that every person in the cyber era should have,” he says. “It’s not about wars. It’s not just about technology. It’s about everything.”