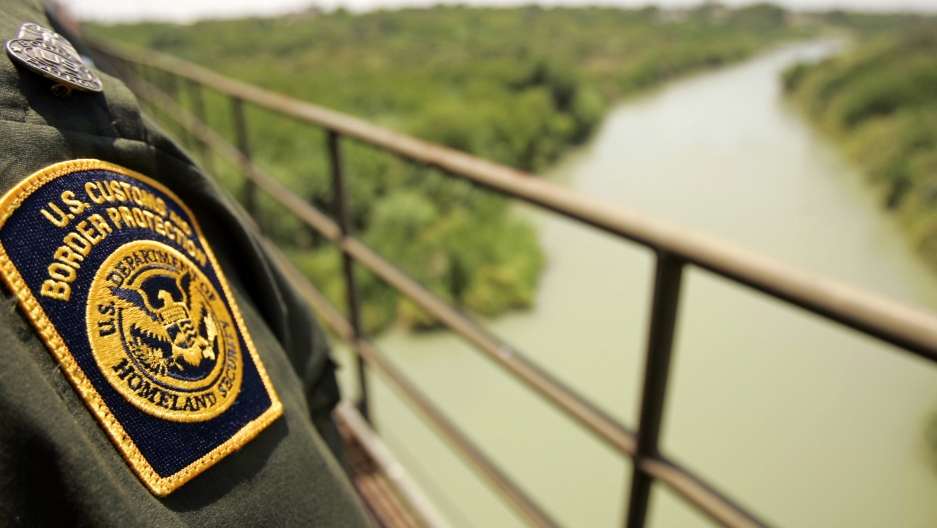 A Border Patrol agent looks at the Rio Grande river with Mexico on the left and the US on the right from a railroad bridge in Laredo, Texas on May 2, 2006. Agents often patrol for migrants trying to illegally enter the country. At another time in history, the US government was trying to keep people from leaving the country.

Donald Trump said during the presidential campaign that he wanted to keep “bad hombres” out of the country. He told the Mexican president, according to documents obtained by the Associated Press, that he wanted Mexico to stop "bad hombres down there" from coming across the southern border of the US.

The government has also started receiving applications from companies across the country to continue construction of a southern border wall.

But going north across the border has not always been the objective. More than 100 years ago, for example, Americans were escaping into Mexico.

Slaves in the US famously took the underground railroad north into free states and Canada, but a similar path existed to the south into Mexico. Slavery was abolished in Mexico in 1829 by Mexican President Vicente Guerrero, who was of mixed descent, including African heritage.

That's why, on a cloudy day this winter, Roseann Bacha-Garza is walking through tall grass and trying not to step on tombstones that date back to the mid 1800s at the Jackson Ranch cemetery in San Juan, Texas. She manages the Community Historical Archeology Projects with Schools program at the University of Texas Rio Grande Valley. She says the Jackson family in south Texas played an instrumental role in smuggling slaves into Mexico.

Bacha-Garza says, through her research, she has reason to believe the Jackson family became known for offering slaves refuge, a safe-haven on their paths to freedom.

Bacha-Garza says much of her research comes from oral histories of descendants of families who originally settled on the border during this time period, and through historical documents. She believes, because Jackson Ranch was so close to the Rio Grande, they would help smuggle slaves into Mexico. The Jacksons were religious people trying to do the right thing and did not believe in the Confederate cause.

Nathaniel Jackson was the son of a plantation owner in Alabama. He and his family owned slaves, but eventually emancipated them. He married Matilda Hicks, who was once a slave on his family’s plantation, and headed to the Rio Grande Valley with their children and five other families in covered wagons in 1857.

“They probably felt this would be a nice place to come and re-establish themselves far away from the long-arm of the law, where they’re from in Alabama,” says Bacha-Garza. “This place was a place where people worked side-by-side and I think it seemed like a place that was known where you could come and have a new beginning.”

She says some communities along the border in the US, historically, were empathetic to helping slaves because of events that took place in the past. Bacha-Garza says people who owned land north of the Rio Grande, before the end of the Mexican-American War were Mexican citizens. After the war the region became part of the US. That’s when they had to learn new government rules and often were cheated out of their lands.

Before that, Native American tribes thrived in the region; they lost their land when the Spaniards came and claimed it as their own.

“You have a region where people are feeling they were living here all copacetic and nobody was bothering them, but all of a sudden somebody came in and took everything away,” says Bacha Garza. “They were sympathetic to the slaves because they were feeling their pain, they were being mistreated and that’s not fair.”

The Jacksons became subsistence farmers who ranched cattle, planted crops and traded their surplus with people in Mexico. Bacha-Garza says there were many ferries set up in the 1850s, so people could easily trade across the Rio Grande. This also served as a potential opportunity for slaves to cross into Mexico, or border families to assist in the smuggling of slaves.

However, not everything was entirely peaceful on the border. Military forts were also present along the river, remnants of the Mexican-American War of the 1840s. Bacha-Garza says officials at these forts were instructed to capture and return any slaves to their owners. But the structures were far from each other.

“When you have that many miles between posts, it’s really hard to manage every inch of the border. Kind of like what we have going on today,” says Bacha-Garza. “People are crossing into the country and the Border Patrol, even though they’re on horseback, they’re on SUVs, they’re on foot — they just can’t handle it.”

Bacha-Garza says her research indicates that about 3,000 slaves escaped across the river in the 1850s.

Maria Hammack is a Ph.D. student in history at the University of Texas at Austin. She’s currently researching what life was like after for runaway slaves who escaped into Mexico.

Hammack says the people she’s been able to trace, through her research and obtaining historical documents, show slaves were helped in many ways by border officials.

“One of the border officials in Monclova had the town pitch in some money for a family who had arrived without money and food, so the town actually provided them with clothing, food and money,” says Hammack. “They gave it to them so they can continue traveling south.”

They wanted to get them as far south as possible because they feared slave catchers, from the US, would cross into Mexico and try to retrieve them.

“The organization that we know today as the Texas Rangers was born out of an organization of men that were slave hunters,” says Hammack. “They were bounty hunters trying to retrieve enslaved property that crossed the Rio Grande for slave owners and would get paid according to how far into Mexico the slaves were found.”

Slave hunters were crossing illegally into Mexico and had no jurisdiction in the country. Hammack says she’s found documents that indicate slave owners in the US were upset with Mexico because they wouldn’t cooperate in returning them. She says she needs to do more research to figure out if it was a one time thing, or if it was pretty frequent.

Both Hammack and Bacha-Garza say there’s still a lot to uncover about this hidden history.

“I’m constantly doing research, as are other members of this [Jackson] family. Sometimes you can see them on blogs on the internet,” says Bacha-Garza.

Lupe Flores, 27, is one of those family members. He’s a descendant of both the Jacksons and the Webbers, another family that settled in the Rio Grande Valley and arrived earlier than the Jacksons.

Flores is a graduate student of anthropology and Mexican American studies at the University of Texas Rio Grande Valley. He says he grew up hearing stories about his family’s historical past, but it wasn’t until later that he fully understood the significance of his ancestral roots. 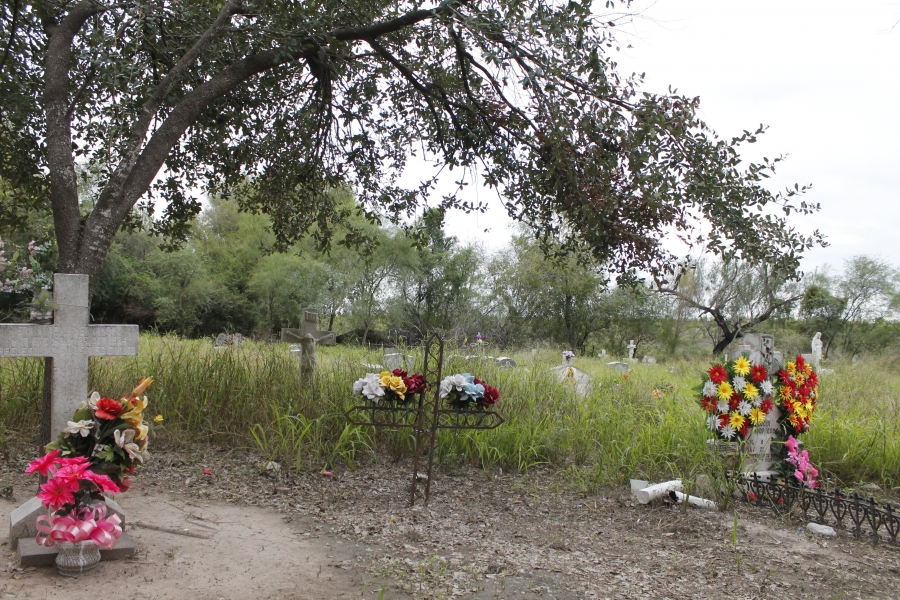 Jackson Ranch Cemetery in San Juan, Texas, where ancestors of Lupe Flores are buried. Nathaniel Jackson and his family housed and helped slaves escape the US across the southern border in the 1800s.

“I was in undergrad when I began systematically researching my grandmother, her family history here in Hidalgo County,” says Flores.

His family history is often the inspiration for his academic writing. For example, he writes about “permutations of resistance” on the border.

“Through different times in the history and in the past, there’s been people resisting the policies of the state, the borders of the state,” says Flores. “Back then, it was helping slaves cross into Mexico. And in the 1900s this area was also a place of cross border movement during prohibition.”

Flores says the border is now much more militarized than it was, but resistance still occurs, usually in the form of residents helping undocumented people into the country. And he doesn’t see it stopping anytime soon.

“Even with walls being built, there’s still always going to be a way to subvert the state and its machinations to control the border,” says Flores.