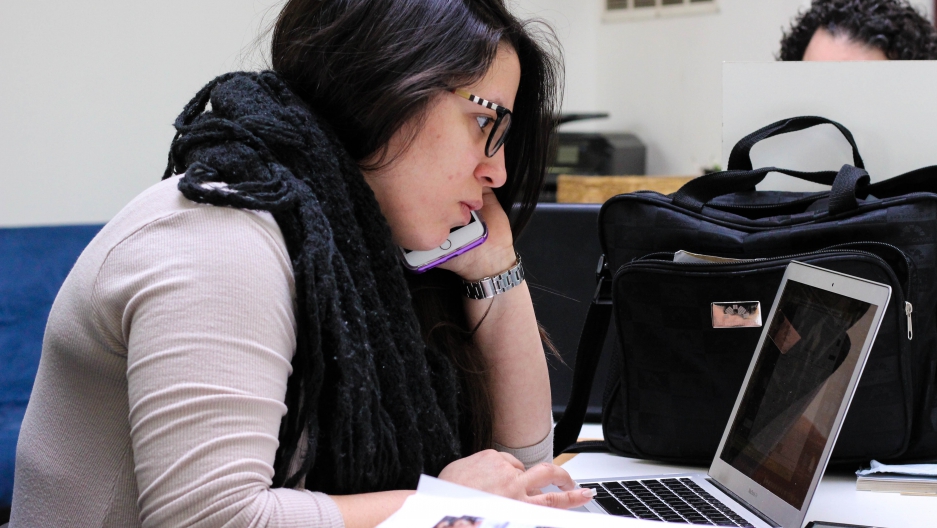 Virginia Nunes Gutierrez talks with a woman struggling with finances after the deportation of her husband.

Outside an old, brick apartment complex, Virginia Nunes Gutierrez pulls two large, plastic garbage bags from the trunk of her white Ford Explorer. “We have a diaper fund, so we buy diapers," for immigrant families in need, Nunes Gutierrez explains. “Also, we have some clothes that the church donated.”

Her arms full, Nunes Gutierrez climbs the steps to one front door and knocks. She says this is her third trip to this house.

“Right now, we’re with a family who was recently separated," she says. "They’ve been living here in the United States for about 13 years, and they’re originally from Guatemala. The dad was just deported.”

A petite woman cautiously opens the door. She’s been expecting Nunes Gutierrez, but she’s undocumented and fears deportation herself. She asked to be identified by her last name only — Perez.

Standing in her living room, Perez carries her 4-month-old son on her hip. Her 7-year-old is asleep. But there’s someone missing: her husband.

“It feels like life up to this point has ended,” Perez says.

Two weeks ago, her husband was deported to Guatemala. He was out running errands when an Immigration and Customs Enforcement agent pulled him over.

After being detained, he petitioned to remain in the US but was denied because he had been living in the country illegally. He also had several convictions for driving without a license.

In the wake of President Donald Trump's executive order on immigration, the government has expanded who is prioritized for removal to include those charged or convicted of nonviolent crimes. It has left many more undocumented families facing uncertainty.

In the case of the Perez family, the new policy has left it without its main breadwinner. Perez has a job cleaning rooms, but without her husband’s income from washing cars, she cannot afford diapers, food, bills, even rent.

“If [Nunes Gutierrez] hadn’t come with her support, I think I would have already left,” Perez says.

Within days, Nunes Gutierrez raised $900 from people in Columbus to help Perez pay rent. She’s also connected the family with an immigration lawyer and organized their paperwork if Perez faces deportation herself. 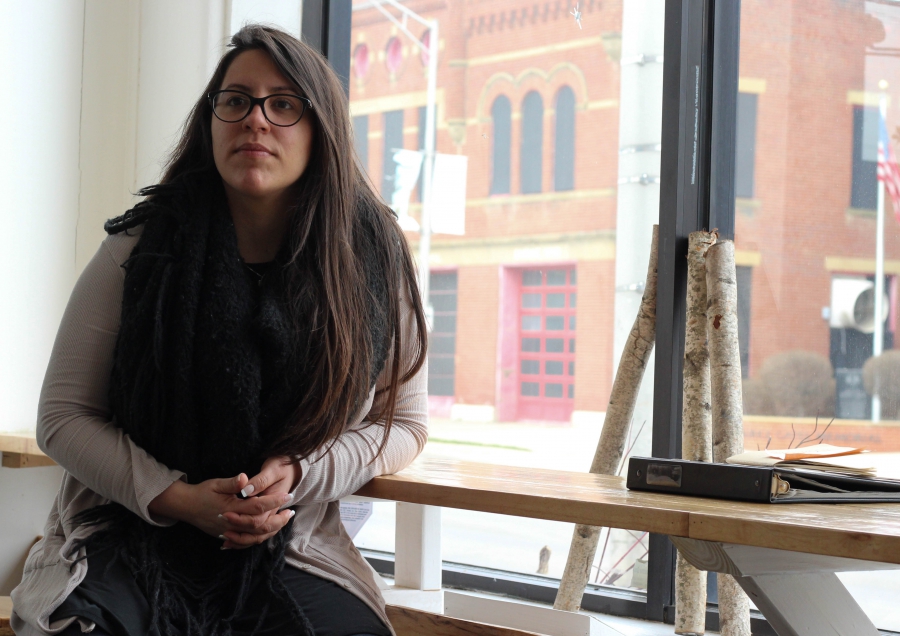 Virginia Nunes Gutierrez helped start a community network in Columbus, Ohio, to help undocumented immigrants whose families have been split by deportation.

A community health worker and instructor at The Ohio State University, Nunes Gutierrez first learned of the Perez family by chance: One day, the 7-year-old Perez broke down at school. She said immigration agents had detained her father. The teacher reached out to Nunes Gutierrez for help.

After connecting with the family, Nunes Gutierrez posted their story to a local Facebook group. The post received dozens of comments and shares from people eager to donate food, money and diapers. “Wow, there’s a lot of support, but how do we channel that?” Nunes Gutierrez says.

A month on, Nunes Gutierrez and her small volunteer network are helping three other families struggling in the aftermath of a deportation. She has also developed an online community where people can donate resources and connect with lawyers.

Nunes Gutierrez says the network formed organically, but the group hopes to establish it further by hiring someone as a community deportation advocate. Such a position will put undocumented populations in touch with resources, she hopes. “It’s being that frontline person for people that are afraid to get out there, that are really afraid for their well-being," Nunes Gutierrez says.

As the daughter of immigrants from Venezuela, Nunes Gutierrez says she can empathize with these families. She says the goal is to make every community feel safe, regardless of their legal status. “Our undocumented Hispanic community members are just as worthy of our care as humans as anybody else is,” Nunes Gutierrez says.

Midway through the conversation, she receives a phone call. It's another family. The husband has been detained for a conviction of driving without a licence. His wife, several months pregnant, now has no income. With that, Nunes Gutierrez excuses herself and rushes out.