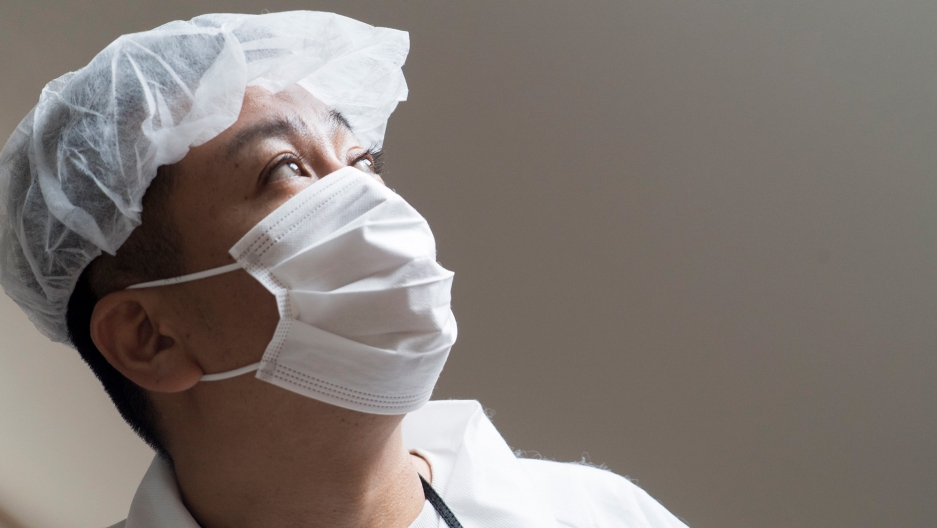 When Yuji Onuma was a kid, he lived in Futaba, a part of Fukushima. Today, he has kids of his own — but they can’t go near Futaba. Here, he wears protective clothing during a visit to his old house.

Ari Beser is a photographer from Baltimore, but his family history connects him to Japan. His grandfather, Jacob Beser, helped drop nuclear bombs on Hiroshima and Nagasaki. (Listen to the story of Beser's friendship with Keiko Ogura, a Hiroshima survivor.)

In 2011, Beser set out to learn more about the long-term impact of the US nuclear bombings of Japan. But the year he traveled there, a tsunami struck the Fukushima nuclear power plant, causing an explosion and meltdown that left much of the area uninhabitable.

For me, nuclear weapons and nuclear power are part of the same story. Both have had devastating effects in Japan, causing widespread suffering and devastation.

Six years ago, I set out to share the stories of atomic bomb survivors with young people across the world. But after the tsunami struck Japan, I joined relief efforts, and over time I grew more connected to what happened there.

One part of that disaster remains devastating. A triple nuclear meltdown has created 70,000 nuclear refugees who will never be able to go home in Fukushima. Even as they resettle and lose the legal status “displaced,” their lives will never be the same.

From the 70th anniversary of the atomic bombs of Hiroshima and Nagasaki, through the fifth anniversary of the nuclear disaster, I have tried to share the stories of people directly affected by nuclear technology. On the Fulbright National Geographic Digital Storytelling Fellowship, I met with numerous survivors of both atomic bombs — and many residents of Fukushima who were forced from their homes. 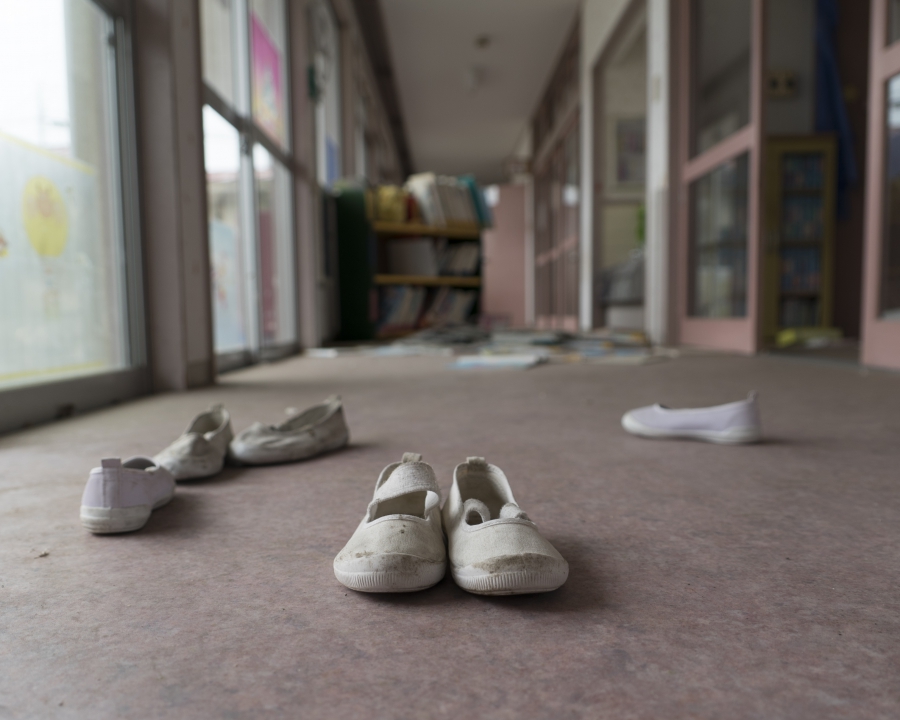 Futaba is a ghost town in Fukushima Prefecture. The whole town seems stuck in time, like Japan’s Vesuvius, but it’s only six years old. I wandered all over the town for three hours. My dosimeter told me I was exposed to 1 microsievert of radiation. I didn't feel anything, smell anything, I wouldn't have known if I wasn't wearing a device. This is the nursery school. The children's school shoes sit there, forever waiting to be worn. 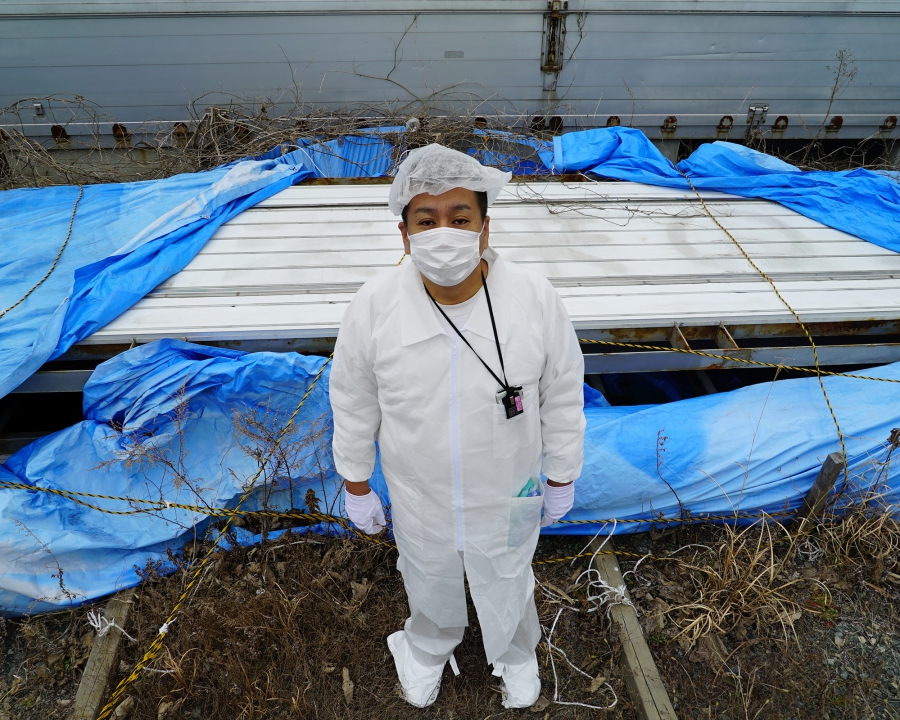 Yuji Onuma came up with a slogan that won a contest when he was in middle school: "Nuclear Power is the Energy of a Bright Future." For years, it stood proudly in the Main Street of Futaba, in Fukushima. "The future I believed in was wrong," Onuma told me. He’s one of thousands of nuclear refugees displaced by the failed reactors less than five miles from his home. Here, he stands in front of the remnants of the sign. The shadow of the word “future” (「未来」) is still visible. 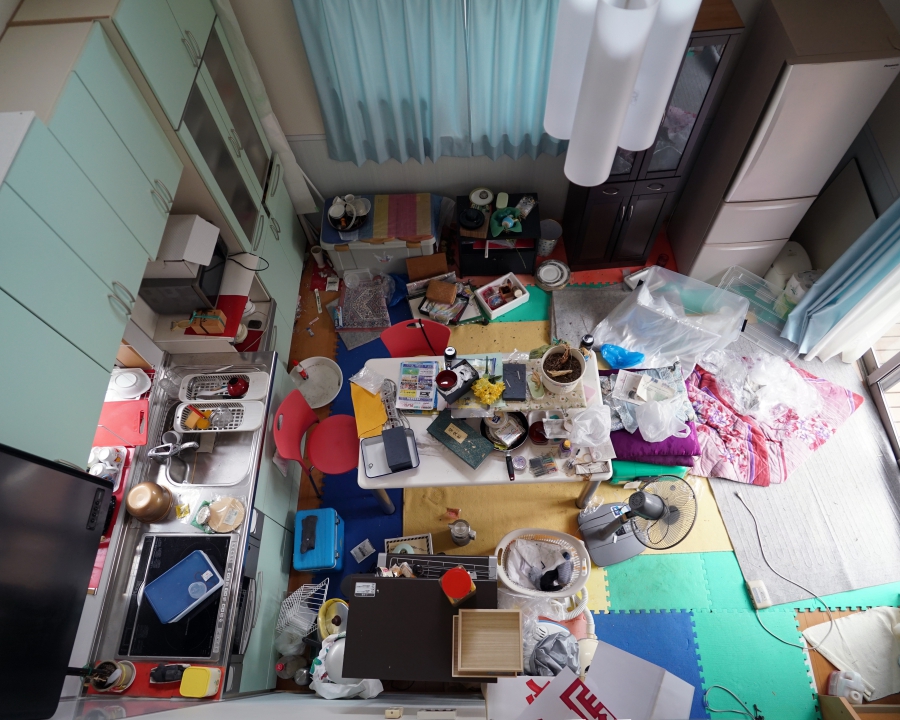 Onuma has come home 81 times since the triple meltdown rendered his town unlivable. “It’s crazy to think that to come home, I have to apply for permission, go through a gate, and I’m only allowed here for a few hours,” he said. He comes to document — not for the public, but for his children. They have not returned. “I go back for them. I’m worried about it. But if someone doesn't do it, no one will.” 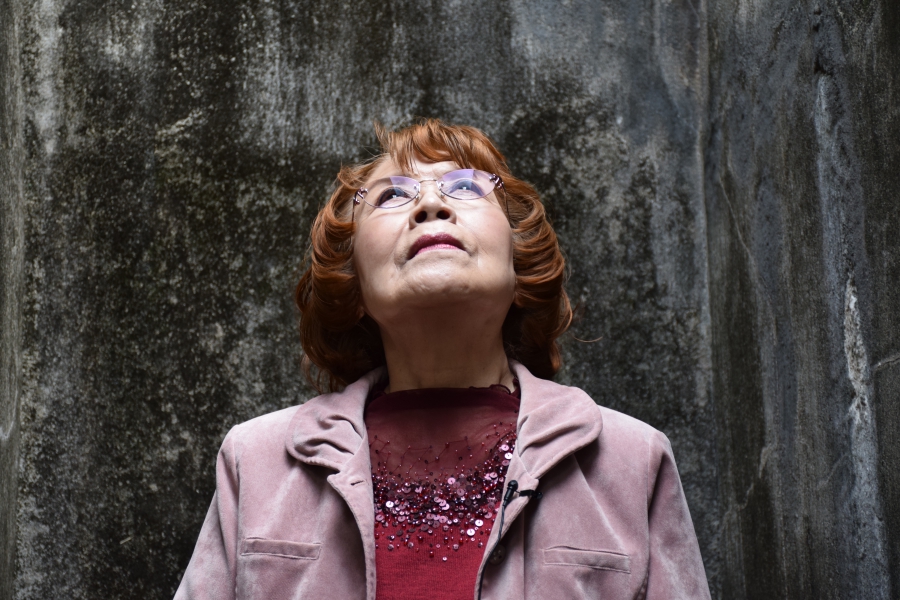 Yoshie Oka was a 14-year-old living near Hiroshima when the atomic bomb hit. She was working in a bunker here, at a call station for the military. At 8:12 in the morning, Oka’s station detected the Enola Gay directly over the city. Surprised she had not detected its approach as usual, she waited for her station manager to authorize the air raid warning. By the time it came, it was too late. The bomb hit at about 8:15 a.m.

Oka was thrown back by the blast and knocked out. When she awoke moments later, she ran outside into the fog, before the city had started to burn, and asked a wounded soldier what had happened. Then she went back to the bunker, found a working phone and gave the world’s first report of Hiroshima. Repeating the soldier’s words, she told the call center in Fukuyama: “A new type of bomb was dropped.” 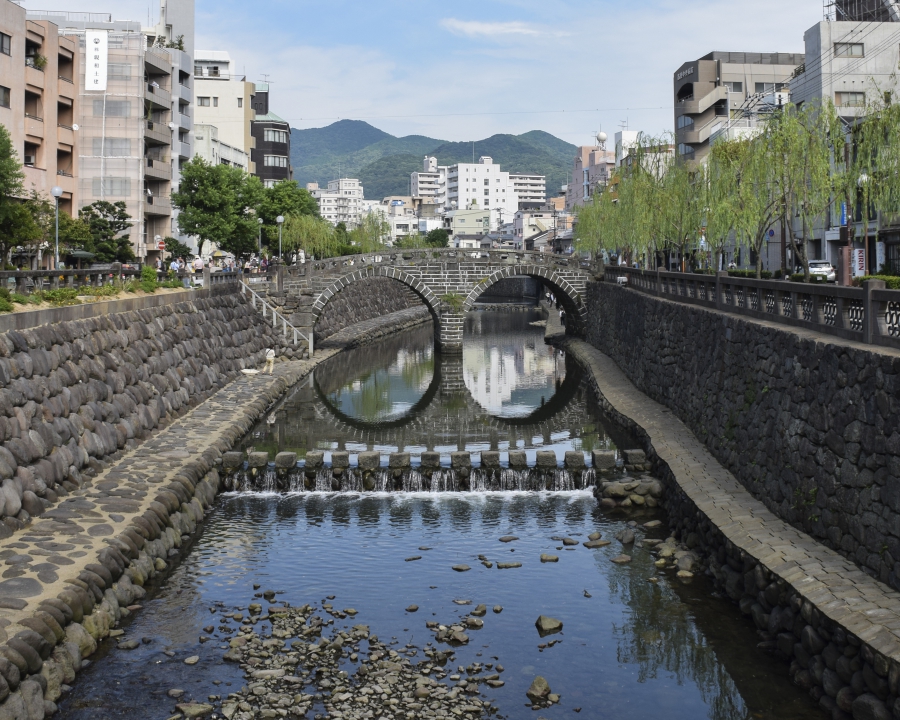 My travels in Japan also took me to Nagasaki. It’s not commonly known that the atomic bomb technically didn't go off over Nagasaki City, it went off over Urakami, a town a mile and a half north. Megane Bashi, or “Spectacles Bridge” in English, is a block away from the original target of Fat Man, the second atomic bomb used on human beings. If it had hit the historic area, known for its multicultural history, none of this would be here. Today, Nagasaki’s winding, mountainous alleys have been maintained and restored.

Keiko Ogura brought me back to her old neighborhood of Hiroshima. She survived the blast as an 8-year-old girl. “The next day, I wanted to see what had happened so I came up here,” she told me. “The whole city was destroyed. You could see all the way to the Seto Inland Sea. It looked so near, like you could walk.” 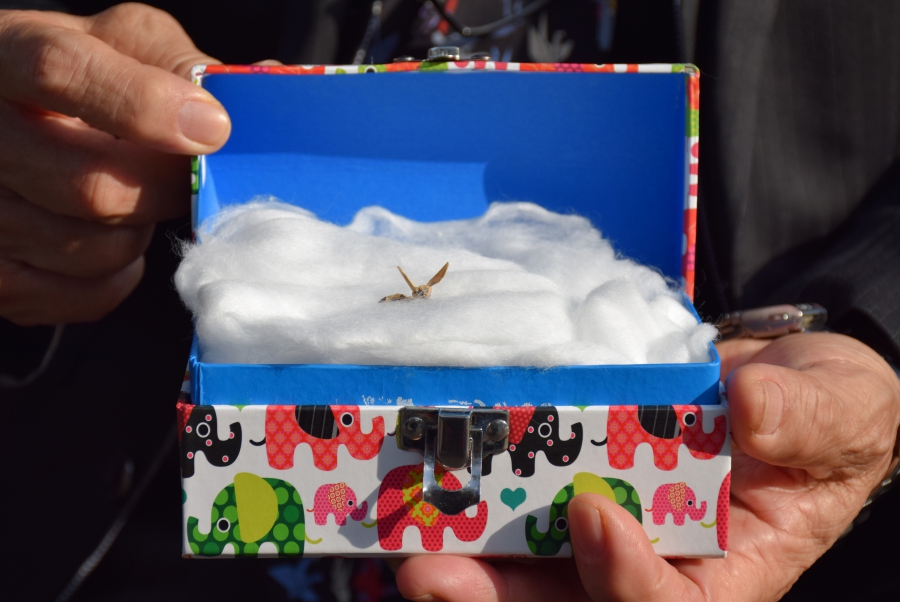