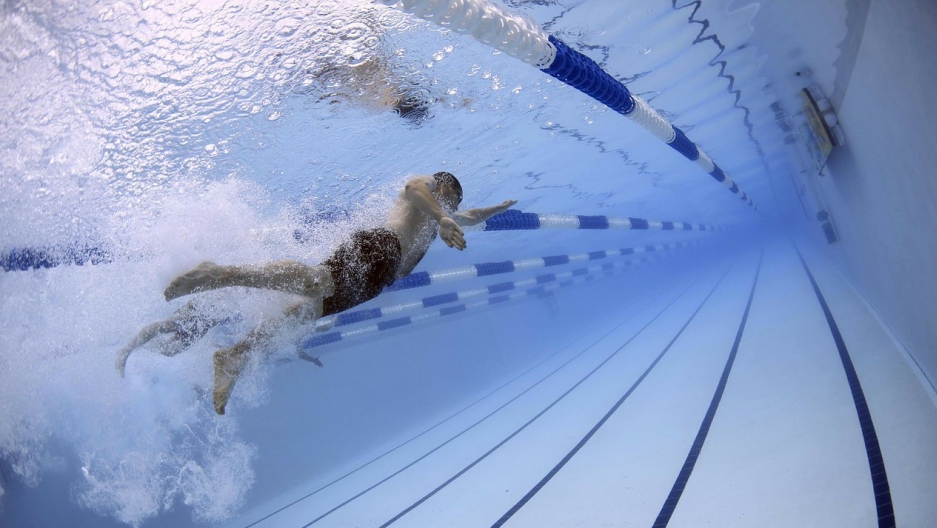 The artificial sweetener acesulfame potassium (ACE) can be found in everything from chewing gum, to baked goods, to the packets of sugar substitute on restaurant tables. But researchers at the University of Alberta recently made headlines with the announcement that they’d found ACE somewhere else: in 31 swimming pools and hot tubs.

The find is bittersweet for public health officials and swimmers alike, because it suggests one thing: “If we're finding it in swimming pools and hot tubs, the only logical explanation we can come up with [for] why it’s at elevated levels is because people have to be peeing in the pools,” says Lindsay Blackstock, a Ph.D. student at the University of Alberta and first author on the paper.

Blackstock explains our bodies can’t metabolize ACE, “so it exits the same way that it goes in.” What’s more, she says, almost all of the acesulfame we consume is excreted in urine. As part of the study, published in the journal “Environmental Science and Technology Letters,” the researchers mixed together 20 urine samples to determine how much ACE the average Canadian excretes. Then, they estimated how much pee was in two Canadian pools, based on their concentrations of ACE.

Blackstock cautions that the ACE test can’t tell us exactly how much pee is actually in a pool, because urine breaks down quickly. ACE, on the other hand, does not. Plus, “there could be people who are urinating in the pools that haven't had any of that artificial sweetener,” she says.

But the test could help public health officials combat a real concern in swimming pools. Compounds in urine can react with chlorine to create a chemical called trichloramine, which can irritate the eyes and lungs. According to Blackstock, the instrumentation needed to test for ACE is in most university chemistry departments.

“I suppose the good news is that we're able to take this opportunity of this really intense media attention we've gotten to promote public health and good swimming hygiene practices, because we don't want people to be afraid of swimming, that's for sure,” Blackstock says.