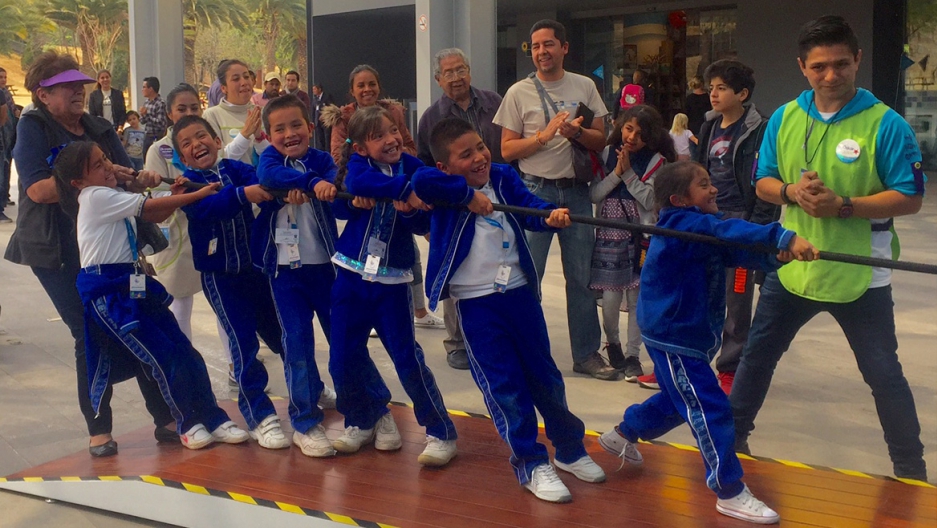 Kids in Mexico City play a game of virtual tug of war with kids in Austin, Texas as part of a "Tug of Hope" game at SXSW.

This week, Austin hosted its annual South by Southwest conference — a gathering of film, music and media festivals that takes over the city. In between the hundreds of panels and concerts and screenings, attendees network and connect. And this year, that connection extended between two groups of kids hundreds of miles apart.

Several Austin elementary schoolers strain against a thick black rope. They pull with everything they have.

The rope disappears into a giant blue box where a machine is measuring the force the kids are pulling with. That signal is relayed in real time to a matching setup in Mexico City, where a handful of Mexican kids are pulling back on an identical black rope. The two groups are locked in a physical/virtual game of tug of war.

Mexico wins this round. The kids cheer.

Mounted on each of the blue boxes is a big screen tied to a webcam showing who is on the other side of the rope. 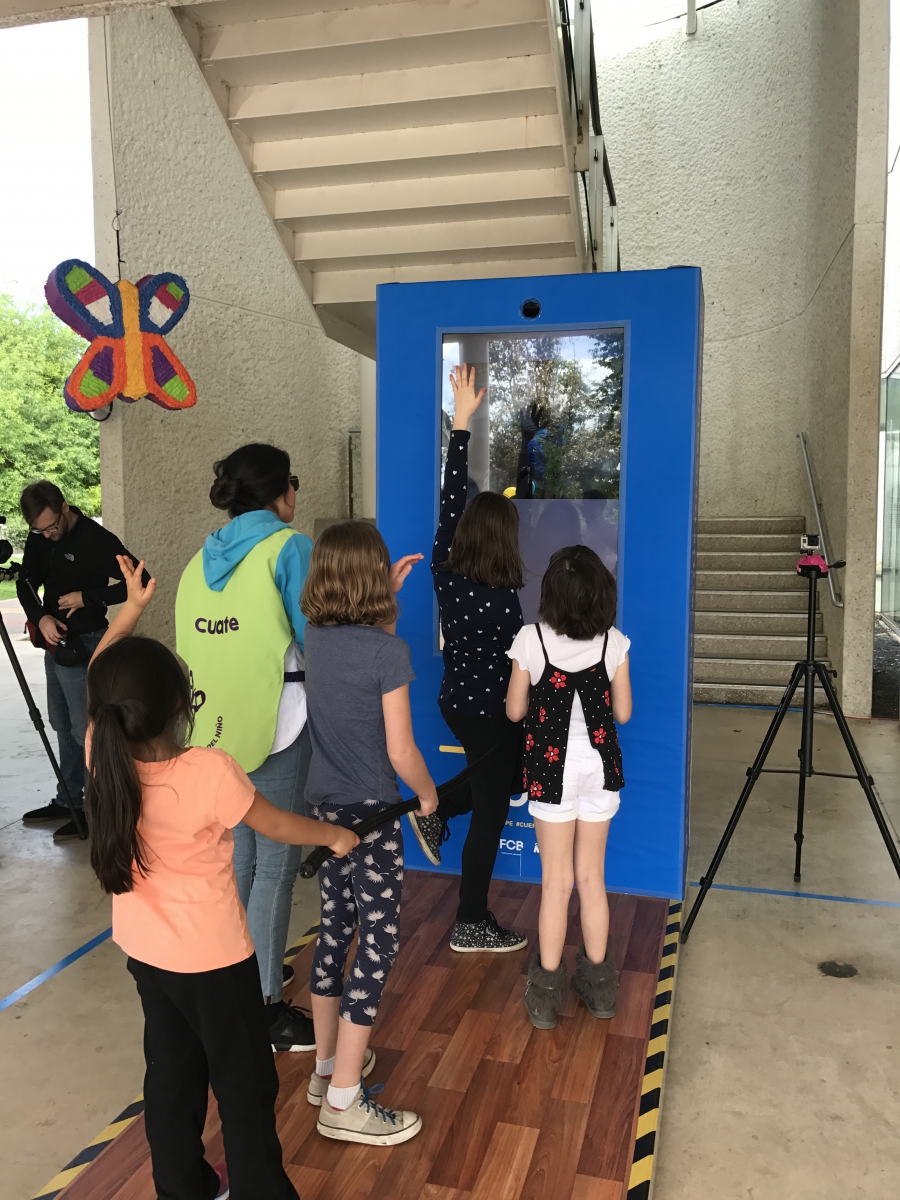 Participants wave to one another through the large webcam screen.

One of the teachers in Austin encourages the kids to say hello. They look up, wave, and say, “Hiiiiiiiiiii!”

This game is called “Tug of Hope” and it was designed by a team at the ad agency, FCB. Humberto Polar, a creative director there, says he and his team wanted to bring kids together.

“Playing [this game] is a way of making friends, losing prejudices, and knowing how to learn about other cultures and respect them,” Polar says.

It’s a noble goal, and worth checking against the actual experiences of the kids on both sides who played it.

“It’s almost like there’s like a big long rope underground to Mexico City,” says Austin-based 9-year-old Lezzlee Parks. When asked about whether she felt closer to the kids in Mexico after playing, she replies, “You don’t know them. So maybe, like, you need to say, ‘Hi, do you want to be friends?’”

In Mexico City, “Tug of Hope” (translated as “Cuerda que Une”) was installed at the Papalote Children’s Museum.

Sara Isabela Barajas-Cruz, 9, agrees. “Kids are equal,” she says, “because they’re all human.”

“We all have the same hairstyle, we may have the same type of clothes on,” says Parks back in Austin. “I think the whole purpose is to have fun with other people around the world.”

The organizers do in fact want to introduce kids in more countries to “Tug of Hope” to unite them, just like today ... patriotic cheering notwithstanding.

Fátima Isabel Osorio played the game on the Mexico side. The visceral connection to Texas made her think of her uncle who lives in the US, north of the border. 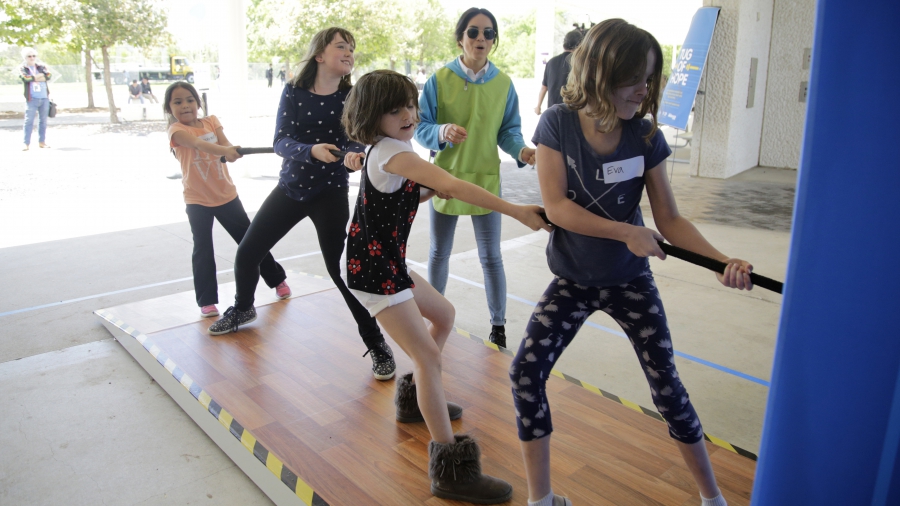