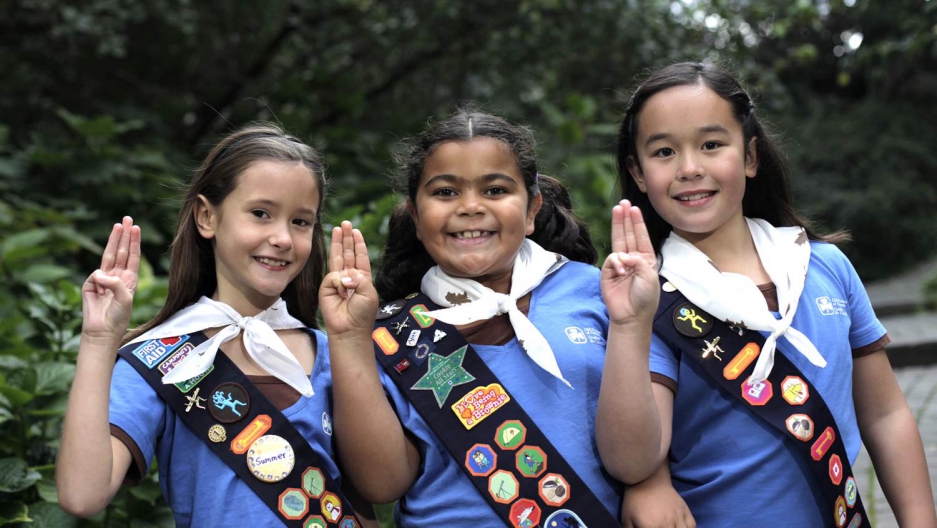 President Donald Trump's first executive order restricting travel to the US by citizens of seven Muslim-majority nations caused chaos at US airports and was eventually suspended by the courts.

Uncertainty about the president’s newest, narrower executive order barring nationals from six Muslim-majority countries is already creating more confusion about who can and who can't travel to the US.

A federal court in Hawaii blocked the measure on Wednesday. But some Canadians concerned about problems with crossing the border were already taking precautions.

This week, for example, Canada’s scouting organization, the Girl Guides of Canada, announced that it was canceling all trips to the US. In a statement posted on its website, Girl Guides said it didn't want any girls to be denied entry at the US-Canada border.

“With recent changes to US border entry rules, Girl Guides of Canada determined it was important for us to closely re-examine our current travel program,” the group said in the cancellation announcement.

“This decision was not made lightly. Travel is a unique part of the Girl Guide program and girls spend well over a year leading the planning and fundraising for their travel experiences. Our primary goal was to reduce the risk of our members encountering difficulties at the border and ensuring that no girl is left behind.”

The Girl Guides of Canada will no longer be coming to the United States following the US travel ban https://t.co/PQYjtO4aTY pic.twitter.com/ShBhhgxAOP

The Girl Guides are not alone. A school in Montreal just canceled its planned class trip to the US over concerns that some students might be detained at the US border. The 100 high schoolers were planning to travel to Washington, DC, to visit places like the new National Museum of African American History and Culture and to Philadelphia to sample the famous Philly cheesesteaks, as CTV News reported.

“We’re in a time of uncertainty with the new travel ban,” says Jim Cambridge, superintendent of the Sooke School District in British Columbia. Many school districts in Canada are reconsidering all kinds of educational trips to the US, he says.

“As you can appreciate, parents of children don’t like uncertainty and so with the notion that there could be detainment at the border — even if it isn’t their own child, possibly another child in the group could be stopped or perhaps even a teacher — that’s created some anxiety with parents.”

As a school superintendent, Cambridge says he’s never had to be especially concerned about US-Canada cross-border travel restrictions. Until now.

“It’s a complex world we live in now, and political decisions are made throughout the world, and we need to make our own decision about whether we want to participate in that,” Cambridge says.

Despite great relationships between his school district and those in Washington, Oregon and California, he says the new travel restrictions imposed by the Trump administration are heightening fears that Muslim or immigrant Canadian students might be stopped at the border, and that’s putting all school trips in jeopardy.

“We have lots of music bands that travel to the states, it’s an opportunity for them to perform. And we have lots of athletic teams that also like to go down, football, soccer and lacrosse teams that regularly go,” he says. “Students go regularly to look at colleges and have an opportunity to show their stuff, and sadly lots of those trips will be canceled, I believe.”

Canadian Girl Guides cancel travel plans to US ahead of Trump's ban https://t.co/EBbRo5MZK7

The Sooke School District on Vancouver Island is also home to a number of Syrian refugees, as well as other immigrants from countries that are targeted by the new US visa and refugee ban. Would they be allowed to enter the US on a class trip?

“The second part of our concern about student safety is about discrimination. It’s about ensuring that no one student feels like they’re stopping a trip from going because of their nationality, their place of birth or their faith,” says Cambridge. “I think we’re a little wary of approving too many more trips.”

Not only will students lose out on the chance to travel to the US for music, sports or educational programs. Cambridge says the long-standing cultural exchange between US and Canadian schools is likely to suffer as tighter travel rules are imposed.

“Most of Canada actually lives near the 48th parallel, the bulk of our nation, so we connect quite well,” Cambridge says. “I think there will be a loss of connection and potentially a concern that doesn’t need to be there.”