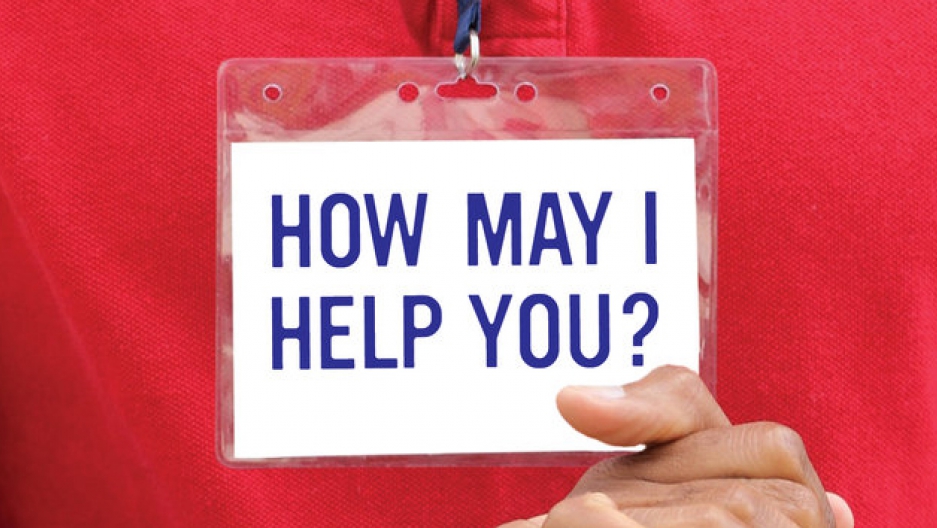 When author Deepak Singh moved to the US from India, he took a downwardly mobile journey from MBA to minimum wage.

Courtesy of the University of California Press

In his new book "How May I Help You? An Immigrant's Journey from MBA to Minimum Wage," Deepak Singh writes about what it was like to arrive in a new country he did not fully understand.

He came to the US from India to join his new wife, an American grad student in Charlottesville, Virginia. Singh arrived armed with an MBA from India, but he couldn’t find a job in his field in the US. He ended up working a minimum-wage job at a mall electronics store.

This is an excerpt from his book detailing the first time he worked on Black Friday — and the strange ways it reminded him of home.

The alarm went off, and I got out of bed. I walked to the window and looked at the apartment parking lot below — it appeared unusually empty. I wondered if the people had already left to line up outside the stores. I took a shower quickly and got ready for the day. Soon we were on the road. I saw that all the stores had their blue, green, and red neon "Open" signs glowing, lots of people were gathering, and cars were shuffling in and out of the parking lots. Men, women, and children were walking on the sidewalks in herds as if they were performing some holy pilgrimage.

It reminded me of the epic festival of Kumbh Mela in India, when millions of Hindus travel for miles to take one holy dip in the sacred Ganges before sunrise to rid them of their sins. They fast for several days before the festival, and then perform long worshipping rituals after immersing their bodies in the sacred water. It made me think that the Americans were doing the same thing except they had been eating a lot the day before, and were now walking in the dark to immerse their souls in the material world.

We arrived at the mall, and my wife had to circle three times before she could find a spot to park. I had never seen the parking lot so full. There was a hint of deep blue in the sky, stars were twinkling, and it was still dark. The parking area was filled with the muffled sound of car engines running. People were sitting inside their cars, with the heat turned on, trying to stay warm on a chilly November morning; they had an hour to wait before the mall would open. As I walked across the lot, I saw through the fogged-up windows of the cars that some people were dozing — plopped on their seats, which were reclined to a 180-degree angle, their feet up by the windshields.

[Singh enters the electronics store and joins the crew bracing themselves for the onslaught starting at 5 a.m.]

... I heard Cindy say, “Go ahead and open the doors.” There was still no one in the mall. I opened the doors and stepped out to see what it felt like to be in the mall at five in the morning. All the stores were open, festive-sounding music poured from the mall sound system, and in the next minute, I saw a hundred or so people rushing in my direction through the hallway on my left. They moved fast, almost running, holding leaflets, brochures, and what looked like newspaper cuttings.

The last time I had seen a mob like this was when I went to the train station in Lucknow to see off one of my friends. It was in the early hours, maybe four or five o’clock — the sun hadn’t risen. We had arrived early and hung around on platform number 1, drinking tea out of Styrofoam cups, waiting for my friend’s train to New Delhi. We walked around, detouring around people who lay on the floor with their heads resting on bags or other sorts of luggage. About ten minutes later, when the train arrived, we saw about a thousand people pouring in from all directions. Their aim was to get on the train and occupy a seat before someone else claimed it.

In a country of more than a billion it is not surprising to see so many people at any given moment — it happens all the time. It was hard to believe my eyes when I saw hundreds of people heading in my direction at five in the morning in Charlottesville.