Women have come a long way in many places, but not as far as they’d like or as would be good for the societies in which they live.

Even in the United States, women still make 80 cents for every dollar that men make. Some of that is due to flat-out gender discrimination. Some comes from women who start out high-powered and highly educated, but need to step it down at times to have kids, or take care of elderly parents or other family emergencies. More often than not, women are still the glue that holds a family together, and the work they do to make that happen is not adequately valued — in monetary terms, or in terms of women’s place in society.

And if that’s true in the United States, it’s doubly true in parts of the Middle East, where traditional mores and conservative interpretations of Islam limit women’s options, and sometimes limit how much women can show themselves in public, much less having a professional public life. 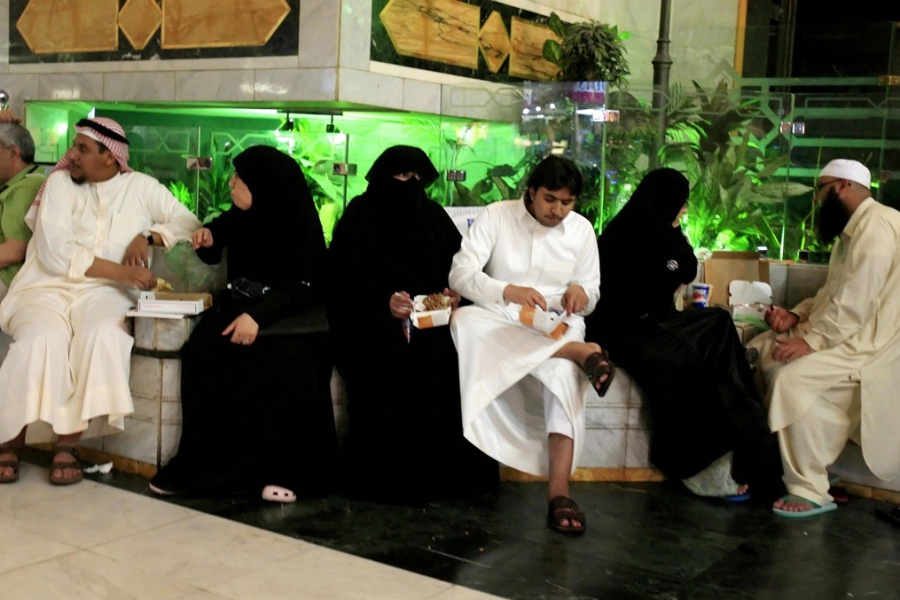 Saudi and foreign Muslims eat fast food inside a shopping mall in the holy Muslim city of Mecca in Saudi Arabia on June 4, 2008.
Credit: Hassan Ammar

Interestingly, though, more women than men are getting a college education throughout the Middle East. But, according to the Brookings Institution, three out of four women in the Middle East are out of the work force, and of young women actively seeking work, 44 percent are unemployed, almost double the rate for young men. 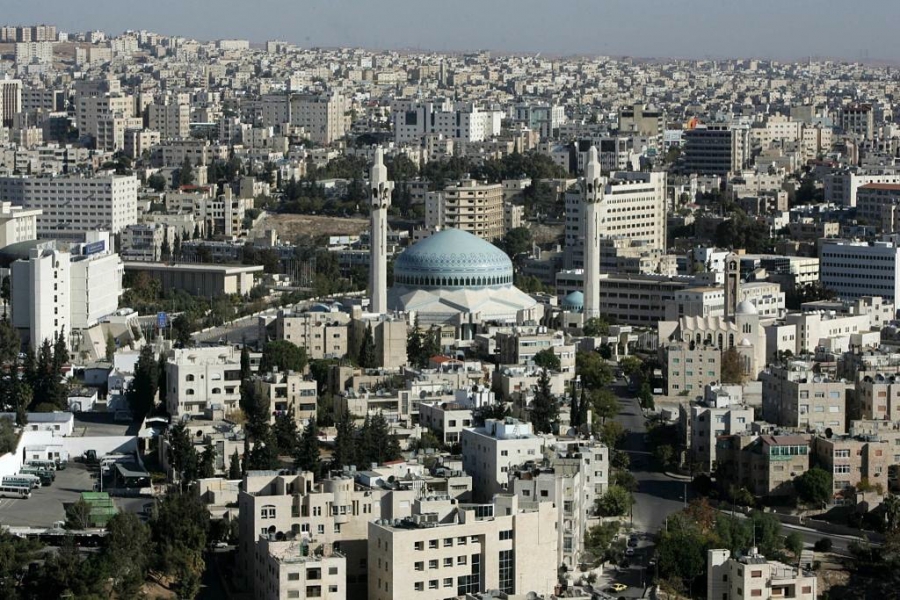 Jordan, with one of the region’s highest literacy rates for women, has one of the lowest rates of female participation in the workforce — between 12 and 15 percent in the formal sector. If you count the informal sector, running street stalls and such, the total is closer to 25 percent — still startingly low.

What’s going on here? Start with the job search. Faced with the choice of a man and a woman with equal skills, an employer will often give the job to the man, particularly if the man has a family. If a woman is hired, and a man in the same place is doing the same job, chances are, he’ll be paid more — often, much more. 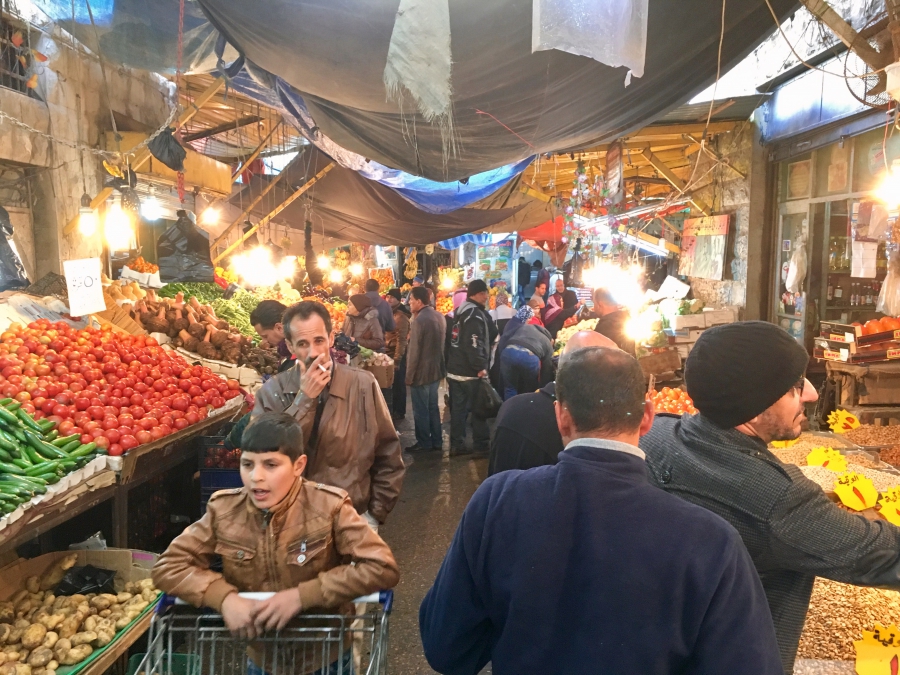 “There is no civil punishment when you break the law (related to) equal pay or equal salaries,” says Asma Khader, a Jordanian lawyer, former government official and human rights activist, in conversation with The World’s Shirin Jaafari.

Shirin recognizes the issue, from her own experience, growing up in Iran.

“I can maybe talk about my own sister,” Shirin says. “She has a Ph.D. in Asian languages and she has been looking for a permanent job for years. So she has been looking into finding a job in the public universities. And the answers she’s getting? She lost a position to a guy simply because, she was told, he's married and he's supporting a family and she's not. She’s not married, and she’s not supporting a family.” 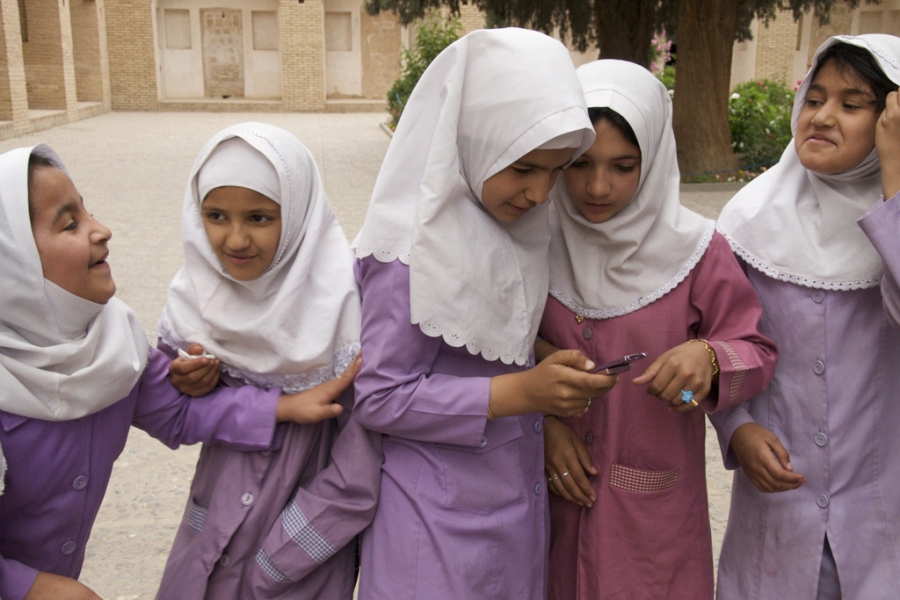 The underlying assumption in Jordan, as it was not so many generations back in the United States, is that if women are working at all, they’ll soon leave to raise a family, because that is their primary role in life.

And if women with kids are looking for work, they face the combined challenges of lower pay, expensive child care, and trying to find safe transportation in a sprawling city with a patchy bus system, on which women too often face sexual harassment. On top of all that, few Jordanian women get much help at home from their husbands, Asma says.

“All the home and child care duties are on the shoulders of women,” she says. “So she has to go to work and come back to work at home, without any help from her husband. And if she wants to work, and say she gets paid 300 JD (Jordanian dinar), but has to pay 200JD for childcare and 100 JD for transportation, why bother? Why go and run around and become very tired, and feel guilty because you’re not doing either one of them well?”

"And if she is divorced after 20 years, she will not be able to take anything of what she contributed to at home. Everything will be owned by the husband and she will go without any benefits. So women are not benefiting now and they are not benefitting later," Asma says. "And they are working a lot."

Asma has spent much of her professional life as a lawyer, human rights activist and government official, pushing for legislation to better protect women, for more social awareness of the challenges women face and for the government and society to recognize how much they’re losing out on by not making it easier for more women to work. Just in terms of the bottom line, Brookings says Jordan’s low female participation in the workforce is costing it between half and almost a full percentage point of GDP growth each year.

“We spend a lot of the national income in building schools and universities [where women are in the majority as students], but then we are not getting back what we should on our investment,” Asma says. “We need all the talent and efforts of all [who could be in the workforce]."

Jordan faces other challenges, too — high unemployment, and one of the biggest refugee populations in the world. Between Palestinians who came decades ago and Syrians, who have arrived more recently, Jordan is now home to some 2.5 million refugees, out of a total population of almost 10 million.

And while Jordan is considered one of the safest and more tolerant predominantly Muslim countries in the Middle East it, like others, has been affected by the conservative Wahhabist Islamic doctrines exported by Saudi Arabia in recent decades. Younger men these days, she says, are often more sexist than their fathers were. 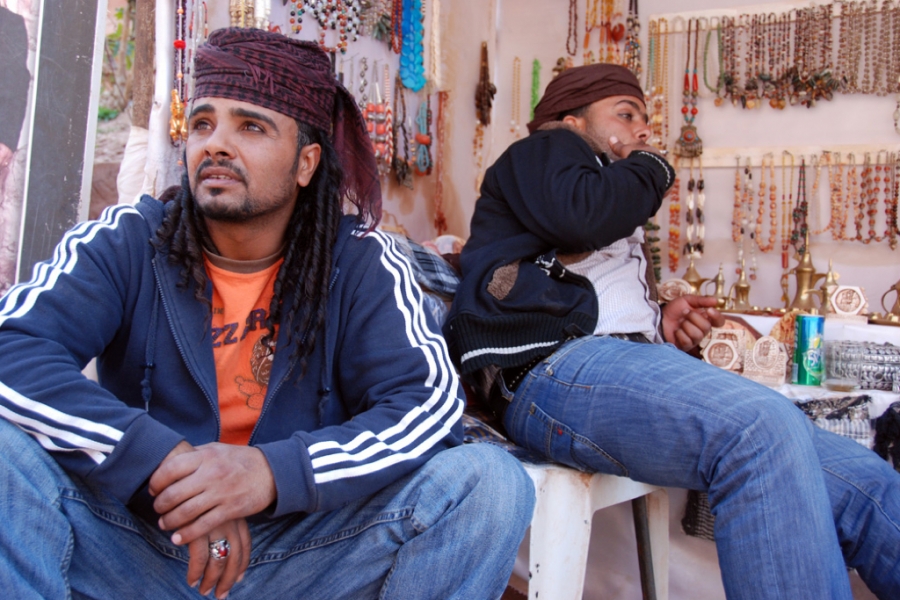 “The new generation is a victim of the wrong messages that were distributed through the media — social media — even through the public speeches by community leaders and religious leaders and even in schools,” she says. "So if [they hear] ‘it’s a shame your sister is doing this, doing that,’ why bother? [Have her] stay at home. They have the patriarchal power to say no. So they can create problems.”

Sometimes, they create big problems. Honor killings, while still rare, have spiked over the past couple of years. Asma says she knows of a case where a young woman was killed by her family, because she bought a cell phone, and her brother was convinced she was using it to talk to a boyfriend.

“She was killed, without even having any evidence that she’s talking to a boyfriend,” Asma says.

Asma’s own upbringing was very different. Her father encouraged her to work for social justice. She says her first realization of how far Jordanian females had to go came when she was 11.

“We have the tradition in Jordan of parents calling themselves by the name of their eldest male, but we had three girls, and I was the eldest, so my parents were known as Abu Asma — my name,” she says. “But then, my brother came along. And in one second, everything shifted. Everyone suddenly forgot about me and started calling my parents with the name of this newborn boy who was not even able to speak. So I felt very bad, and thought maybe boys are better. So I started asking to cut my hair very short, and to play in the street, and refuse to help my mother at all.”

Asma’s father realized what was behind the acting out, “and he started talking to me about how much he was proud of me, and how society discriminates, but he doesn’t think that way, and how I should work with open-minded people to change these things.” 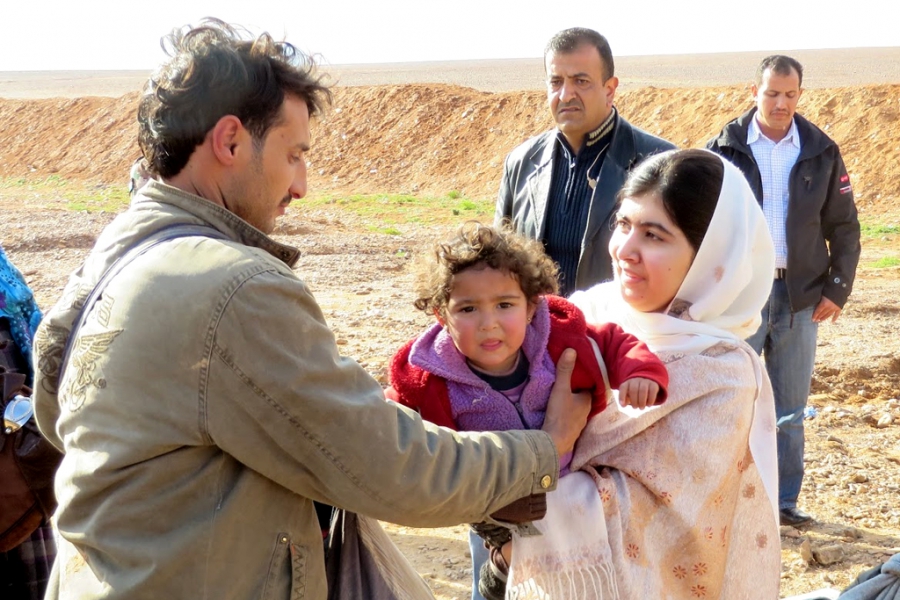 And that is what Asma Khader has done, over the past half century. Jordan’s laws regarding rights, protections and the status of women are better now, thanks in part to her efforts. Now, she says, the government should step up its efforts to enforce those laws, and encourage Jordanian society to welcome more women into the workforce and public life. Not only is it the right thing to do, she says, the health of Jordan’s economy depends on it.

“I want every woman to think of herself as a very valuable human being who has full rights to enjoy, to choose, to decide,” she says. “But also be willing to pay the price — because with rights comes responsibilities."

"They should not tolerate any discrimination and any close minded groups who are really trying to use God or use whatever to control the society. The most important thing for Jordan, I think, is to at least not allow any backlashes, to at least keep what we have developed until now, and build on it."