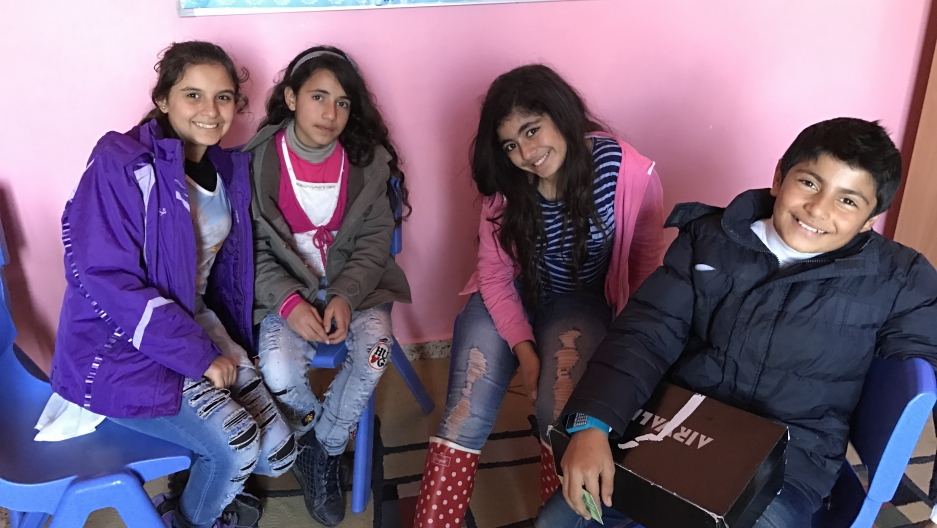 Several students hang out after school in one of the classrooms at the Adventist Learning Center, including Simav Wooloh (second from the right).

An 11-year-old named Asmaa Jaffal sits with her hands stuffed into the pockets of her Rolling Stones sweatshirt. Asmaa is from northeastern Syria. She says she was in the second grade when her world turned upside down.

“When the war started,” she explains in Arabic, “ISIS came and they closed all the schools — except for the mosques. They ordered us to wear all black and do exactly as they said. The bombing and the shelling made us too afraid to go anywhere. It got so bad that we ran away.”

That was a year ago. Asmaa fled with her family, first to Damascus and then south to Lebanon. When they finally arrived in Beirut, there was nothing for Asmaa to do. She was stuck at home.

Asmaa had already missed four years of schooling by then, and her circumstances are typical of Syrian refugees in Lebanon. The public school system serves 300,000 Lebanese kids and is already strained, which means accommodating another 400,000 young Syrians — who often arrive with minimal education — just isn’t possible. Some Syrians report being bullied or turned away from schools because they’re not Lebanese. 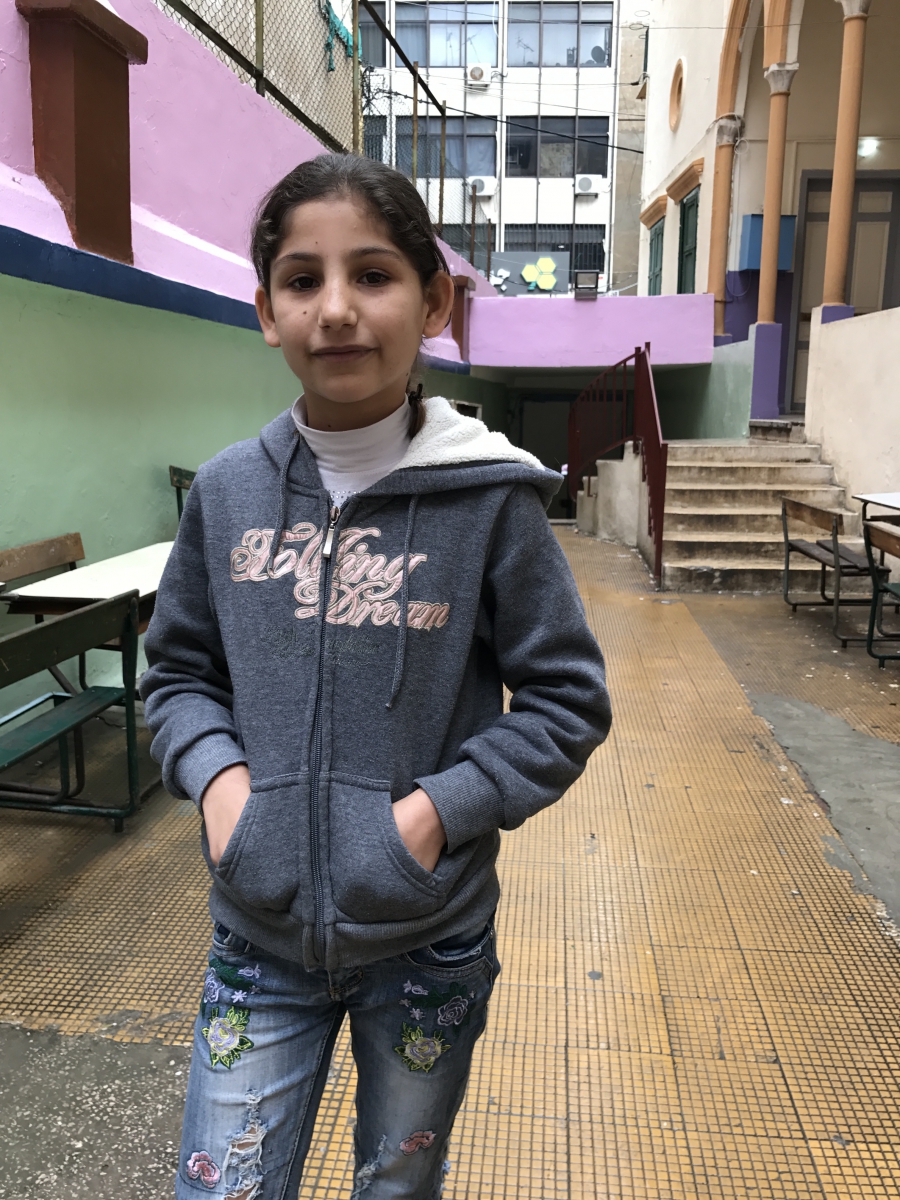 Asmaa Jafaal was born in Syria, but fled with her family to Lebanon when ISIS took control of her town.

A lot of kids are at loose ends. But not Asmaa. Last fall, she found her way to a school.

“I was very, very happy when they brought me here,” she says.

Asmaa is referring to a school run by an NGO called Jusoor. They have three schools in Lebanon serving a total of 1,200 kids. This one is in the heart of Beirut. The students and teachers are all Syrian. To accommodate as many kids as possible, the day is split in half. One group of students comes in the morning and another arrives in the afternoon.

They’re taught basic literacy in Arabic. They learn English, because many Lebanese schools teach in either French or English. They take math, science, and a subject called Syrian identity.

Suha Tutunji, the director of Jusoor’s academic program, explains how that last class became part of the curriculum. “It all started two years ago when I asked some students, ‘Where are you from?’ I meant which part of Syria. And they said, ‘We’re from Beirut.’ I thought, ‘Oh no, that’s not good! They don’t know where they come from.’”

The class on identity steers clear of politics, focusing on Syria’s geography, history, and culture.

“We emphasize the diversity of Syria,” Tutunji says. “This gives them a sense of pride. And then hopefully when things become better, they’ll go back to Syria and rebuild it. We hope.”

A few of the kids have scars on their faces. Tutunji says they’re from the war. She and her team know these kids are reeling with trauma, so Jusoor’s got a fulltime counselor on staff for both the students and their parents. And every subject has games and activities that foster positive social development.

“It releases the tension that they have,” Tutunji says. “They’re not sitting behind a desk.” 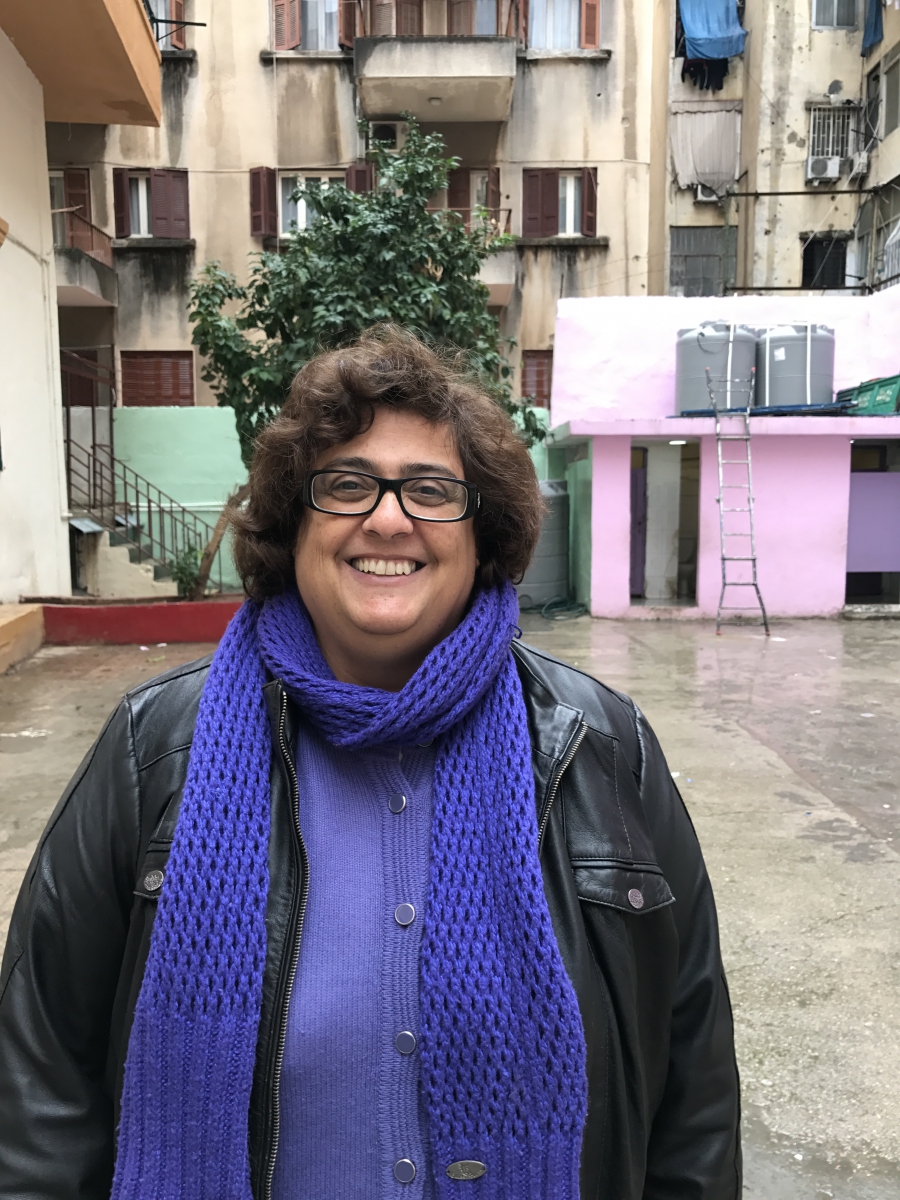 After two years of this kind of schooling, most of the students are now eligible to transition into the Lebanese public education system — and they stay there.

“They know how to behave in the classroom,” Tutunji says. “The students are ready to be in school psychologically, emotionally, and of course academically.”

And Jusoor isn’t the only show in town with this goal in mind.

A few miles east, in the Beirut neighborhood of Bourj Hammoud, 65 Syrian children, grades one through six, attend the Adventist Learning Center. It’s on the second floor of a nondescript building on a nondescript street.

“When they first come to the center,” director Alexis Hurd-Shires says, “the children don’t want to make eye contact with you, not a lot of smiling, not a lot of wanting to engage with the teachers and with the other students. But over a few weeks to a month, that changes dramatically. We saw a huge impact, first of all in their behavior — their ability to collaborate, and problem solve, and share, and just get along in general. And then, [the] secondary thing we noticed — their English skills immediately picked up.”

Simav Wooloh is 12, and in the sixth grade. She and the thousands of students in Lebanese schools for Syrian refugees are the lucky ones. “I feel happy and proud of this school,” Wooloh says. “I want that all the people come to school.”

There are still thousands of other young Syrians who haven’t found their way into a classroom. The longer they wait, the greater the chance they’ll never get an education. The difference for those who have made it out of the war and into school is, quite simply, having a future.

“I was imagining that we will die in Syria,” Wooloh says. “But I came to this school, God help me.” 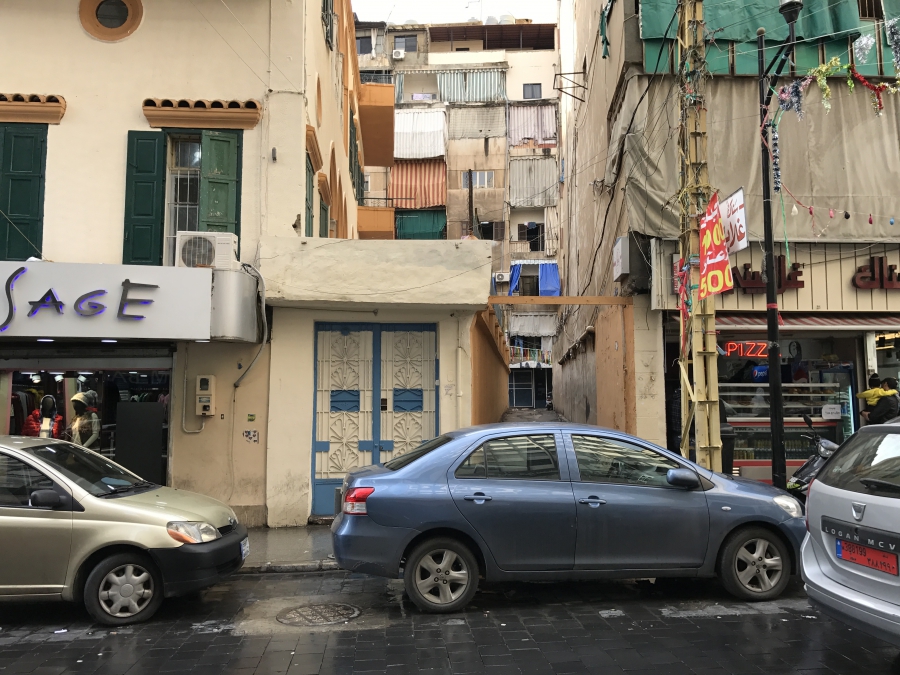