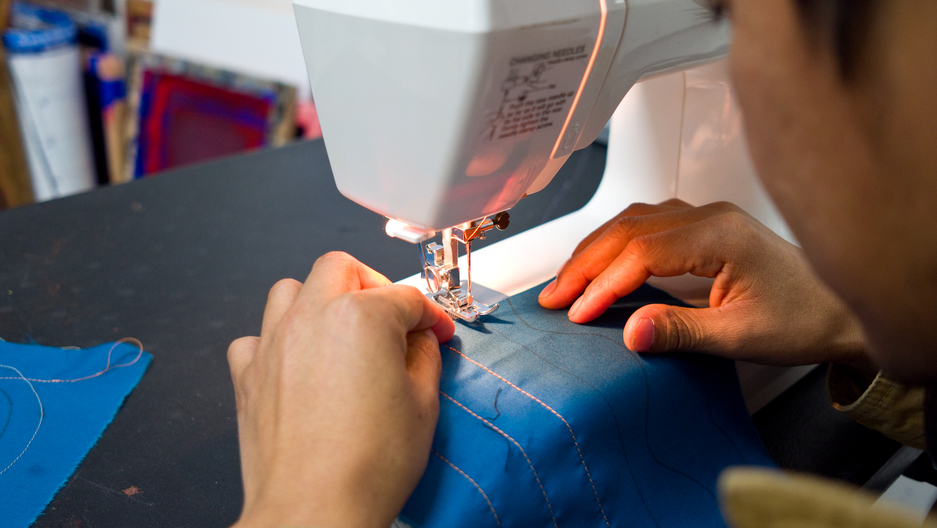 An undocumented garment worker practices new skills at the Garment Worker Center in Los Angeles. A Department of Labor investigation in 2016 found wage violations at 85 percent of Los Angeles clothing factories, including paying below minimum wage and not paying overtime.

In California, you don't just ​see​ immigrants' role in the economy, you taste​ it.

Brokaw Ranch Company, in Ventura County, grows hundreds of acres of fruit including avocados, oranges and lemons that end up on tables all across the United States via Sam's Club, Wal-Mart and Costco. But before it gets ther​e, it starts ​here, in leafy ​groves of trees ​under the California sun, where crews of workers climb the trees with ladders, cut each piece of fruit by hand and carry it in 80-pound sacks to collection bins.

It's hard, careful work and, at least on this farm, it's done by immigrants.

The Ventura County farm bureau estimates as many as 36,000 field workers bring in the county's crops of citrus, avocado and strawberries in peak harvest season, and that 95 percent of them are foreign-born.

“There's no way that we can take care of and pick our crops without immigrant labor,” she said. 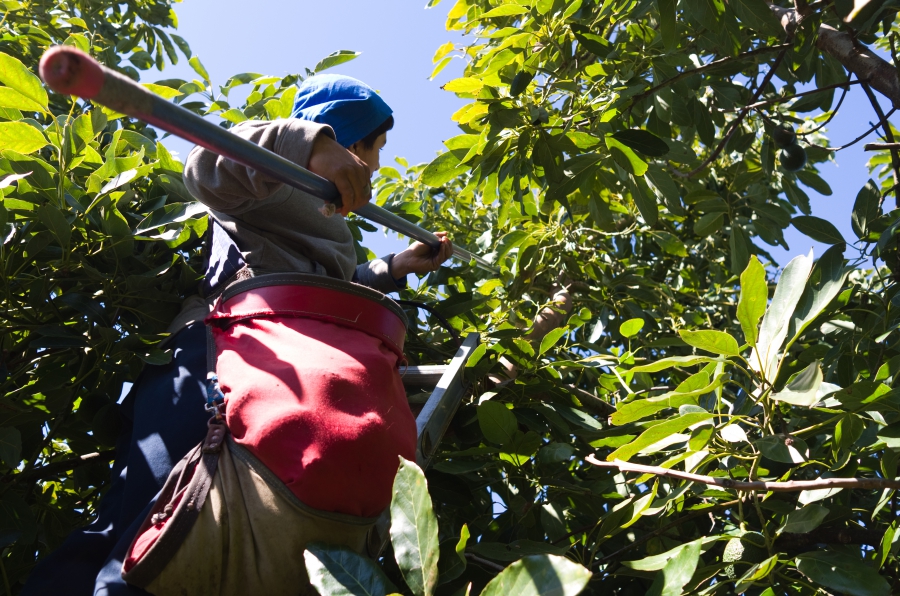 She said she has advertised widely for US-born workers, as part of rules tied to a guest worker program. But they don't seem to want the job.

“It's hard work, and it's not very well-paid,” she said. Starting pay is $12 to $13 an hour. “Sometimes some people apply, but almost never do any of them stay.”

With a gross domestic product worth $2.448 trillion, California has the largest economy in the US, and the sixth-largest in the world. It's also the state with the most immigrants, more than a quarter of its population. These two facts are not unrelated — but the way immigrants build that economy is more complex than it seems.

Betty Yee, California state controller, said undocumented immigrants’ ​labor is worth more than $180 billion a year ​to California's economy — about equal to the 2015 gross domestic product for the entire state of Oklahoma. Labor from undocumented immigrants is fundamental not just to agriculture, but to child care, restaurants, hotels and construction.

“This is a workforce, a supply of labor from our undocumented workforce, that actually does provide just the basic foundations of these sectors and industries of being able to succeed and thrive,” she said.

Undocumented immigrants make up an estimated 10 percent of California's workforce, and the work they do is often at the bottom rung of the wage scale. That's part of what makes their place in the economy controversial and keeps the immigration debate heated. President Donald Trump argues that undocumented immigrants drain the economy, drive down wages and take jobs from US-born workers.

For the most part, economists disagree. Major studies show immigration as a whole benefits the US economy, and that undocumented immigrants have little to no impact on employment levels of native-born workers. There is, however, debate about whether low-skilled immigrant labor puts downward pressure on wages for low-skilled workers, with some studies finding no effect and others finding immigration lowers wages for some low-skilled native workers and prior immigrants.

You could argue that he is one of them. ​He came from South Korea three years ago on a student visa​ ​and overstayed. ​Now, he works at a nightclub in Los Angeles and makes about $5,000 a month under the table, ​he said. He doesn't pay taxes, although he said his employer does.

But “taking advantage” cuts both ways.​ ​We met at Los Angeles' Koreatown Immigrant Workers' Alliance, where he's looking for help collecting years of unpaid wages. His former boss has threatened to turn him in to immigration authorities in retaliation.

The man said that's just part of the immigrant experience.

“I'm undocumented, I don’t have papers. I don’t have a Social Security number, I don't have a green card, so it becomes kind of natural for employers to take advantage of me,” he said. “I just have to take it.”

That's the flip side to undocumented immigrants' contributions to the economy — businesses profiting ​more ​by paying vulnerable workers less. Some economists argue that immigration may make the pie grow — but ​leaves​ workers with a smaller slice.

Los Angeles' $18 billion garment industry is a case in point. Nearly all of the city’s garment workers are immigrants, many without papers. Last year, an investigation by the federal Labor Department found 85 percent ​of factories were breaking wage laws.

She said garment workers, who are often paid by the piece, earn an average of $5 to $6 an hour — far below California's $10.50 minimum wage. Factory owners, many of whom are themselves immigrants, get away with it because a large number of workers are undocumented and afraid to speak out.

“Wage theft is normalized in the industry because of the kind [of] underground nature of the industry,” she said. “​The answer should not be to exploit that person but to pay that person lawfully.​ ​And I think that that ultimately creates better wages for everybody."

Back at Brokaw Ranch, the pay's not great, but it's not bad​ — the product of an industry where labor demand outstrips supply. Workers harvesting avocados earn $16 to $20 an hour, depending on how fast they work. I caught up with a Mexican man named Luis as he hurried down a ladder with a sack of fruit, humping it downhill between the thickly planted trees to a collection bin. Asked about his job, he paused for a minute to catch his breath.

“​I wouldn't think rich people would try to do the work we do, like going down the hills, up the hills,” he said. “It's pretty heavy work.”

But he plans to keep at it. It's his fourth year working here, and at 21, he has a wife and family. He's undocumented — “illegal, they call it,” he said, and so he does his best to keep his head down and stay on the right side of the law.

“I'm trying to do good. 'Cause I'm planning to live my whole life right here,” he said. “I like California. It's a good state.” And with a wave, he heads back to work.