Pigs can't fly, but they can swim.

In the Bahamas there are beaches where you can swim with pigs. And feed them. 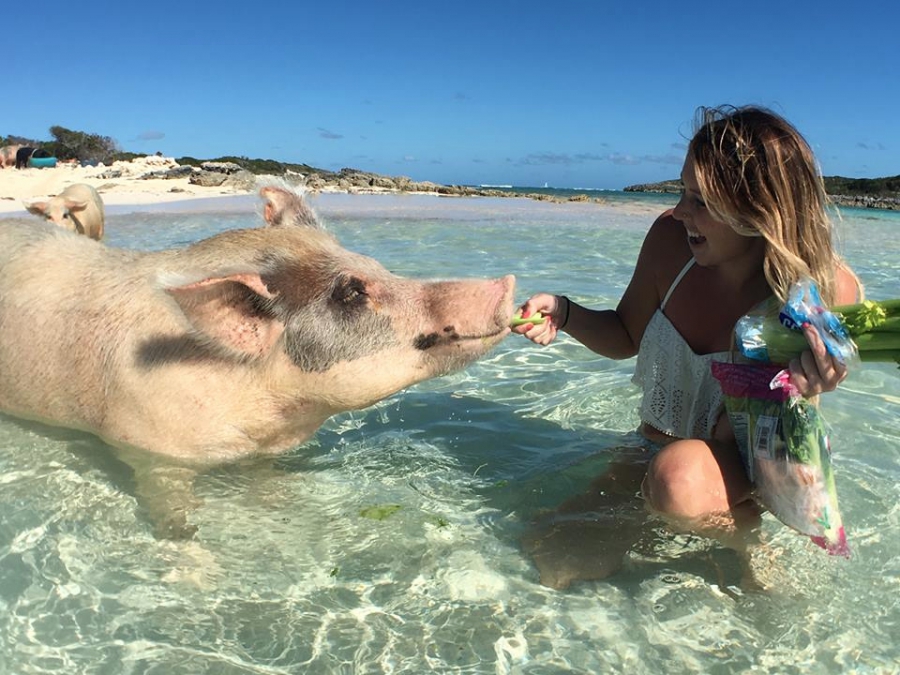 A tourist feeds a pig in Exuma, the Bahamas.

Courtesy of When Pigs Swim

You can imagine they're a huge tourist attraction.

But two weeks ago, eight swimming pigs were found dead at the Exuma Pig Beach, where the animals have lived for the last 30 years. You may have spotted the pigs freely roaming the beach on an episode of "The Bachelor." Recent visitors include Donald Trump Jr., the US president’s son, and comedian Amy Schumer.

It's believed they died from food poisoning, and now the Bahamian government has put a stop to tourists feeding the pigs.

With heavy hearts we await results of investigations. Again we URGE all visitors to be mindful of their actions! https://t.co/iIprbntuXs

Wayde Nixon co-owns the swimming pigs along with his business partner Don Rolle. Nixon brought a few pigs over in the 1990s to start a pig farm on Big Major Cay, part of the Exuma island chain in the Bahamas.

The area became known as Pig Beach. Until the deaths, the cay had been billed as a sort of porcine paradise.