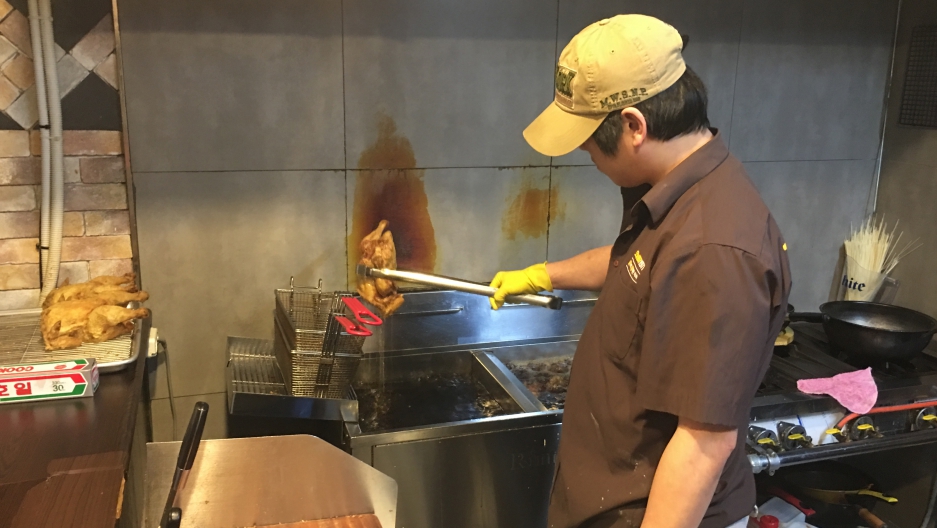 It's not unusual to find dozens of small fried chicken joints in any Korean neighborhood.

Korean fried chicken gives new meaning to the letters K-F-C. But, unlike Colonel Sanders’ original recipe, the ingredients are no secret.

Some of the most popular marinades for South Korean-style chicken are soy sauce and garlic, but the quintessential flavor is a sweet and spicy coating called yangnyum.

Fried chicken is huge in South Korea. There are about 50,000 fried chicken restaurants throughout the country. Most are small franchises that deliver to your door on motorbike. It’s not unusual for there to be dozens of chicken joints in any one neighborhood. In fact, there are so many that South Korea had to adopt regulations to limit the number opening on one block.

Jeong Eun-jeong, author of the book “The Tale of Chicken in the Republic of Korea,” says these restaurants exploded onto the scene 20 years ago, following the devastating Asian financial crisis, when many Korean men lost their jobs. 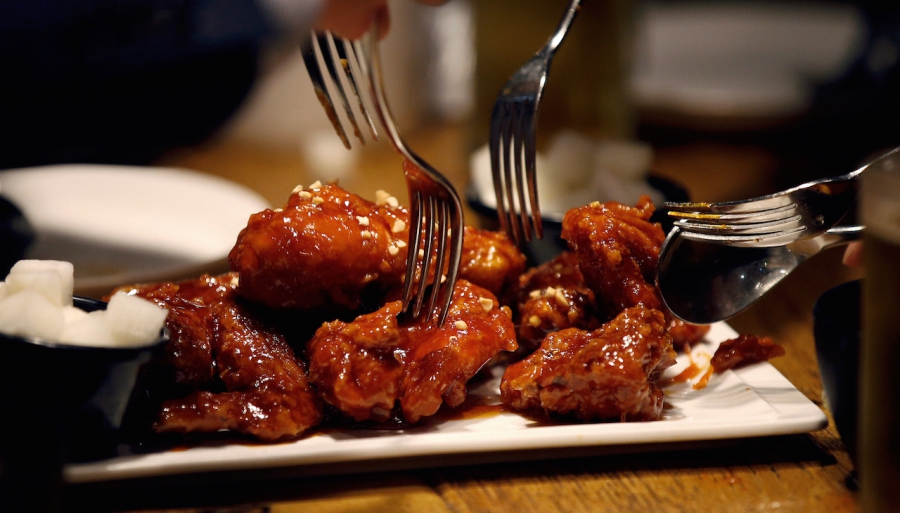 “A lot of these middle-aged men opened chicken franchises at that time,” she says.

She says that has a lot to do with why South Koreans eat so much fried chicken today — suddenly there were just so many of these restaurants.

Jeong adds that entrepreneurs continue to open chicken franchises because of the low initial investment and overhead costs, even if they have no experience in the food industry or don't know how to cook.

He already owned a sign-making business, but he needed more money to pay for his children’s after-school tutoring — a huge expense for most Korean families.

Park admits that running a chicken restaurant is not as easy as he thought it would be.

“On average, in a month, I don’t make any money at all,” Park says with a sigh. “After paying back the loan, buying ingredients, paying my staff and rent, my profits are zero.” 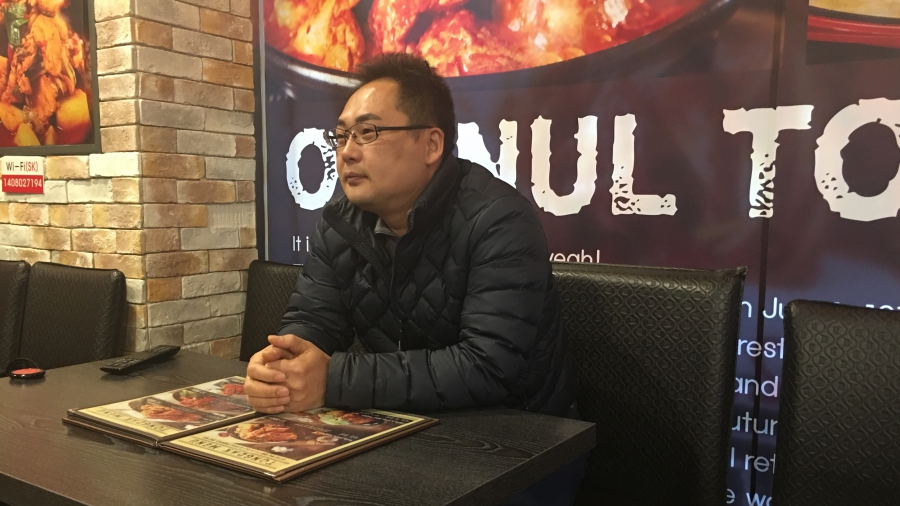 Park Shi-kyung opened a fried chicken restaurant to help pay for after-school tutoring for his children. But he's not making a profit.

Author Jeong Eun-jeong says most chicken franchise owners never make a profit. And they can’t close their restaurants because then they would really lose everything.

“Most chicken restaurant owners use their apartments as collateral when they take out a loan to open their restaurants, so they also lose their homes when the business fails,” Jeong says.

She estimates that each year, about half of the chicken restaurants in Korea go out of business. But that doesn’t seem to discourage people from opening new ones.

And a lack of jobs for college graduates means that restaurant owners are getting younger.

Six months ago, 31-year-old Lee Seon-young opened his own chicken joint, despite knowing how tough the industry is. Well, now he understands it better. He says there’s even a clever expression to describe the fierce competition.

“We call it 'the chicken game,'” he says. “People lower their prices to be competitive and that ends up putting them out of business.”