An extreme case of frostbite suffered by a patient of Dr. Paul Caulford at the Canadian Centre for Refugee and Immigrant Healthcare

So people would have to be pretty desperate to walk across the wide expanses of deep snow separating Canada from the US. 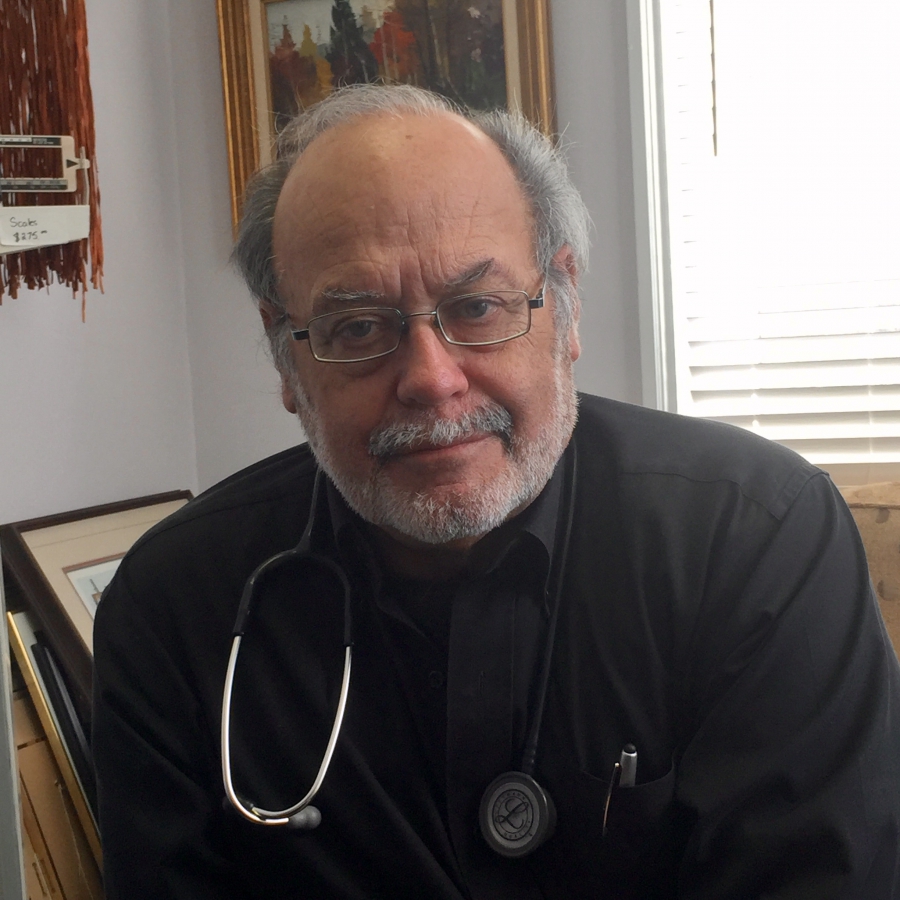 Dr. Paul Caulford runs a clinic in for refugees without health insurance.

“There’s no question what’s driving them,” says Paul Caulford, a doctor at the Canadian Centre for Refugee and Immigrant Healthcare outside Toronto. “Virtually every person who’s crossed, from pregnant women in the back of trucks to those shepherding their children to safety, have said to us that the United States is no longer a safe country for them to be in.”

He’s talking about the executive orders President Donald Trump has issued that make it harder for people to qualify for refugee status. The Royal Canadian Mounted Police say they’ve seen a spike in illegal immigration to Canada in the month since Trump has been in office. At Caulford’s clinic they’ve seen the number of people coming to them for help double. Most have walked across the unfenced, minimally patrolled, open border. Sometimes they’re dragging suitcases. Often they’re wearing clothes that offer little protection from the freezing temperatures.

"All of the people we've seen have been women and children,” says Caulford, who treats migrants who show up with blue hands frostbitten to the bone. “They've all had cold journeys in the back of trucks to save their lives literally but fleeing from, if you can believe this, from the United States.”

Most of the migrants who’ve arrived at Caulford’s clinic are from the West African nation of Nigeria. They fear being deported under Trump’s policies, and sent back to places where they’d be killed by warlords or gangs, or they would be forced to circumsize their daughters.

“They made their claims, or were planning to make their claims to asylum, in the US,” Caulford says. “And they have learned very quickly from media ... that [the US] is now a changed nation.”

These families aren’t using the regular routes into Canada, through an official border crossing, because of an agreement between Canada and the US. It says that anyone who’s already claimed asylum in the US can’t also apply in Canada.

But, there’s a loophole. If there’s no record of a family crossing the US-Canada border, and they just show up in Canada, the family can apply for refugee status. So Caulford says migrants pay what they call “agents” to smuggle them across the border. The smugglers often abandon families in parks, or by the side of a highway. Caulford recalls one mother who didn’t understand what the cold could do — she had never been in a climate like this before. She didn’t understand how frozen her arms were until she dropped her baby.

Stories like that make Brad Sinclair, the clinic’s executive director, say that no matter what policies Trump implements, Canadians will be ready.

“The world will unfold as it unfolds. We’re not going to be able to have any influence on what happens in the US, or the EU, or in sub-saharan Africa,” he says. “But I do know that the implications of that is that people are going to be arriving here who are sick. And we’re going to be there to give them help. Because that’s what we do in Canada.” 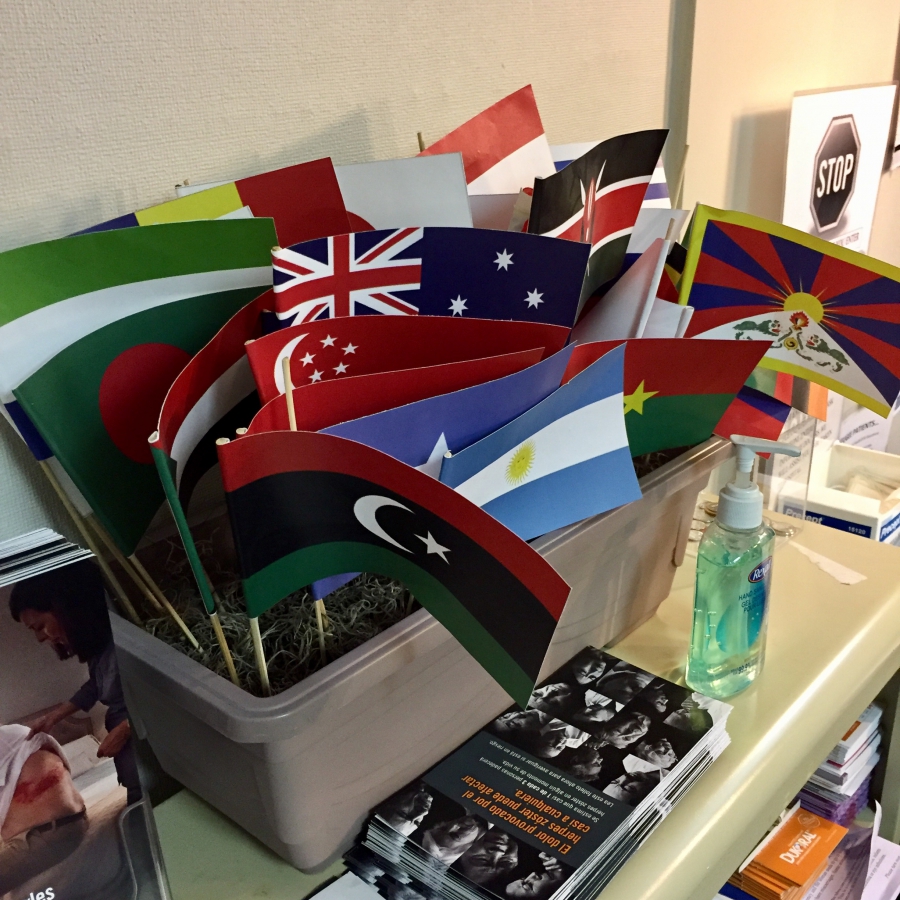 Flags represent some of the home countries of the patients at the clinic.

No one at the clinic would admit they crossed the border from the US into Canada. And the clinic staff protect their patients fiercely. They know people who Canadian authorities have arrested and deported. Just one patient from Nigeria agreed to speak. She wouldn’t give her name, and she wouldn’t say how she got to Canada. She chews her gum and nervously snaps and unsnaps her coat button. When asked if she came through the US, she says quickly and emphatically — no.

“In terms of discrimination, my God, [the] US is worse. I still prefer Canada,” she says. The US doesn’t want people like her, she says — she can see that’s the case by looking at news of what Trump says. Canada, she says, offers more freedom, equality and opportunity.

“Canada is a multicultural country where you see different immigrants from different cultural backgrounds and religions,” she says. “They don’t discriminate and the country is just so wonderful.”

But there are ways Canada could improve, says Sumathy Rahunathan, the clinic’s volunteer coordinator. The Canadian healthcare system doesn’t cover migrants from the time they enter the country so the clinic has had to step up fundraising. 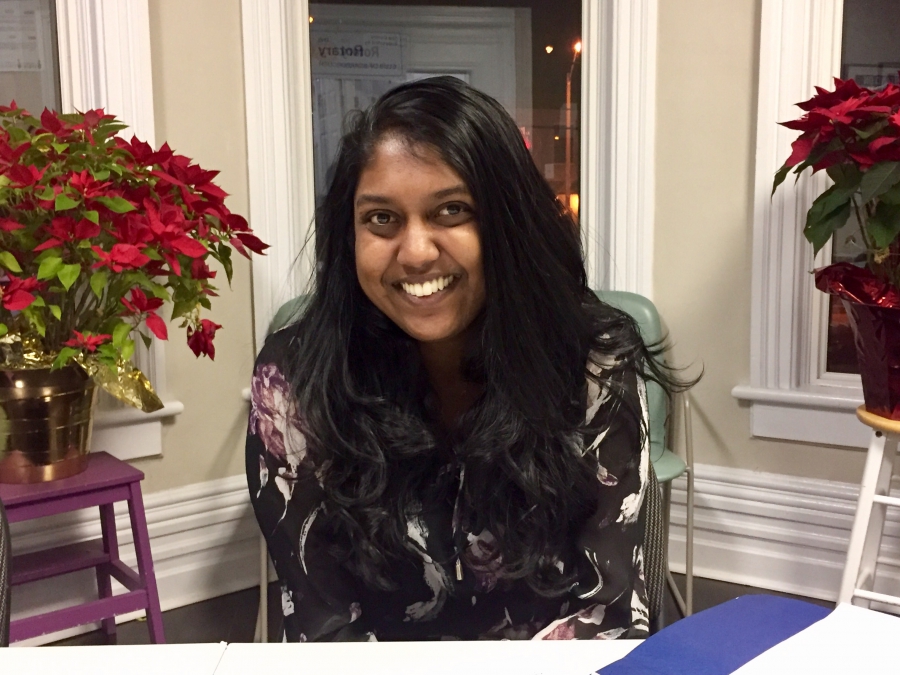 Many Canadians support expanding healthcare coverage and changing policies so people who’ve applied for asylum in the US can officially come into Canada and apply for refugee status. But there are Canadians who oppose the country’s liberal immigration policy, especially if Canada continues to absorb refugees turned away by the US.

A woman waiting to be seen by a doctor at Caulford’s clinic says she doesn’t expect Canada to accept her claim for asylum — even though, back home in Venezuela, she’s often robbed and threatened with rape. There’s little electricity, and it’s hard to find food.

“When you go to the supermarket you can’t buy anything because there is nothing there. You are so lucky,” she tells me. “You are lucky you can find even pads when you have [a] period. We can’t.”

But she doesn’t think Canadian authorities will believe her. And she thinks US officials would be even more skeptical.

“I never considered go[ing] there. Because I know it’s really really hard get the papers there,” she says. “And it’s already hard here. So I can’t imagine how it is there.”

She’s right. It’s hard in the US — and it might get tougher to get refugee status, under Trump's new executive orders. The more the US turns people away, the more Canada will feel it. Soon Canadians may face the choice Americans made in the last election — whether to welcome immigration and globalism, or reject it.