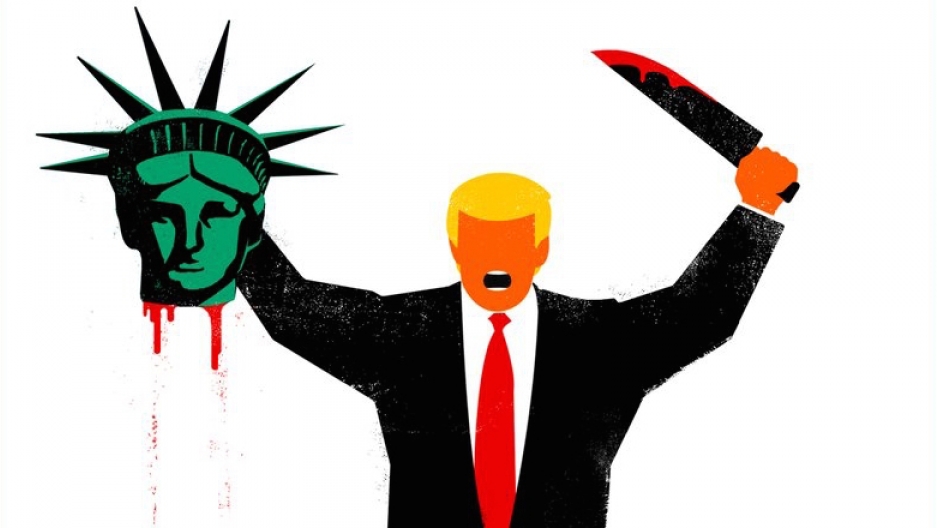 “It’s pretty hilarious that in 2017, a drawing is making the world go nuts.”

That’s what artist Edel Rodriguez says about his cover for Der Spiegel magazine that broke the internet last week.

But to be fair, it’s not just any drawing. It’s a cartoon of President Donald Trump, standing in the pose of a jihadi warrior. In one hand, he holds the severed head of the Statue of Liberty, which is dripping blood onto the floor. In the other hand, he grasps a bloodstained knife. Der Spiegel’s online version even has an animated version of the image, with the blood dripping from Lady Liberty’s head. 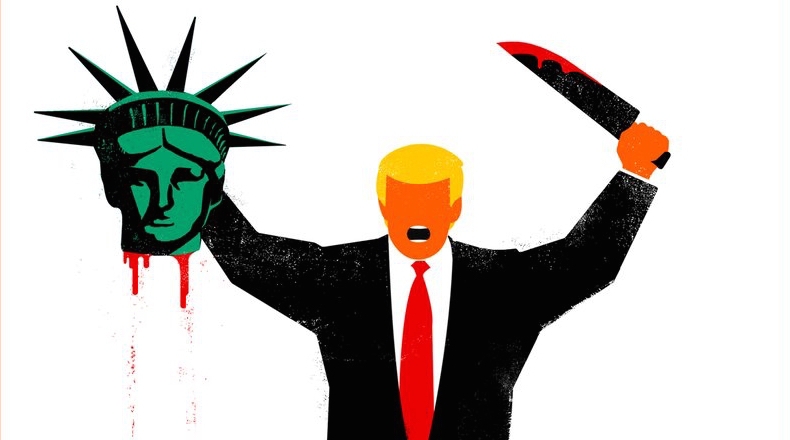 The image sparked fierce debate online and in the press. Germany’s Die Welt daily said the cover “damages” and “devalues” journalism. Another paper, the center-right Frankfurter Allgemeine Zeitung, wrote that equating Trump and terrorism is too simple.

The artist, Edel Rodriguez, disagrees: “I don’t think you can be subtle about what’s happening right now,” he said. “I think we were subtle […] during the primary. And because of that, because the media treated it as sort of a show and wasn’t very serious about it, we have the president that we have right now.”

Rodriguez started doing Trump covers last year. When it looked like the Trump campaign was in a tailspin, Rodriguez drew covers for Time magazine that showed Trump’s head melting into a puddle, like the Wicked Witch of the West. 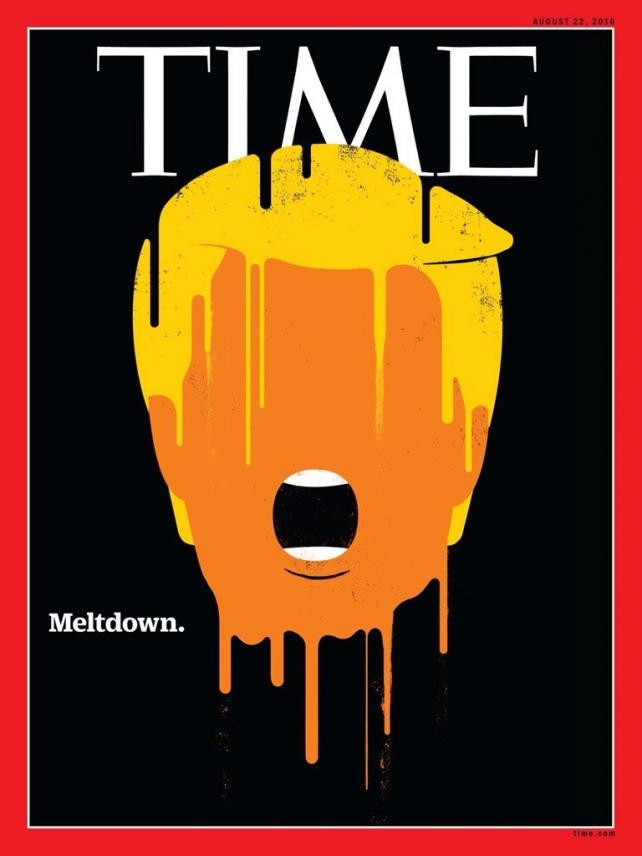 After Trump won the election, he drew a cover for Der Spiegel featuring Trump’s head as a fiery sun hurtling toward planet Earth.

This is Der Spiegel's cover artwork for an issue themed around "The End of the World," which came out on Nov. 12, 2016.

Rodriguez is already brainstorming for his next cover: “I can have Trump sitting on the Statue of Liberty’s head like [Auguste Rodin's] 'The Thinker.' And all that’s in his mind is a Twitter bird!”

Or in case the president does a 180 on his political views, Rodriguez says, “maybe he’s on the statue, and he’s sewing the head back on and we’re all good again. … Or if he gets impeached, I have an image for that.”

But he’s not giving spoilers on that one.

Rodriguez compares Trump to a schoolyard bully. And, he says, just like with any bully, people have to fight back.

“When I was a kid, I would go outside and get in trouble with someone," he says. "They might punch me, and I’d come home crying, and my dad would say, just go out there and punch them harder next time. That’s how I grew up.”

Rodriguez spent his childhood in Havana, Cuba. He came to the United States as a refugee when he was 9 years old, on the Mariel boatlift in 1980.

Rodriguez says his experience as a political refugee informs his reaction to Trump: “Growing up in Cuba, I saw firsthand how people behave in a dictatorship. How they’re afraid to talk. So when I’ve been here [in the US], and I’ve seen people do that, it jogs my mind.”