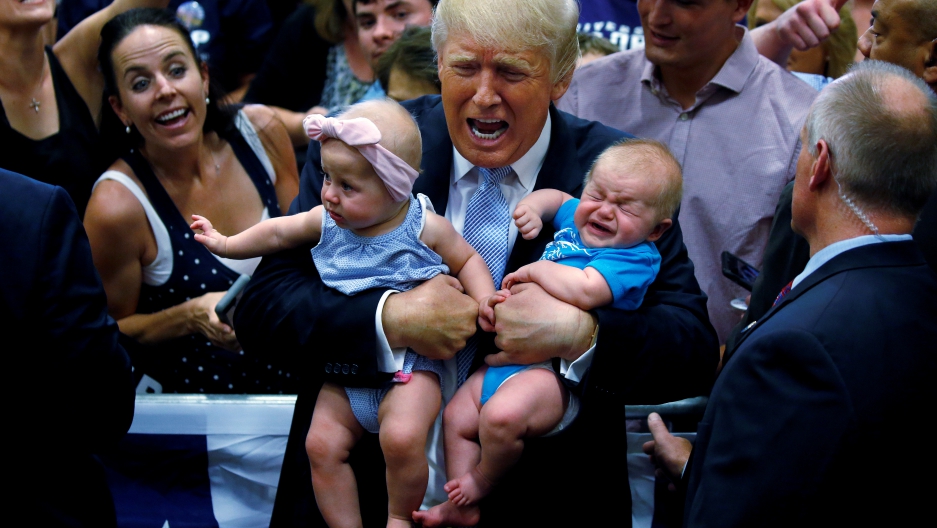 Mr. President, How will you fulfill your campaign promise to support working parents with parental leave and affordable day care?

In September, Donald Trump took to the stage at a suburban Pennsylvania campaign rally and unveiled a slate of proposed policies aimed at helping working parents. With his daughter Ivanka by his side, Trump outlined the proposals — and revealed that she had a hand in composing them.

"Those in leadership must put themselves in the shoes of the laid-off factory worker, the family worried about security, or the mom struggling to afford childcare," Trump told the audience. "That means we need working mothers to be fairly compensated for their work, and to have access to affordable, quality child care for their kids."

In the US, there are more than 11 million children under the age of five in child care — and child care is expensive. According to Child Care Aware, the average annual cost of a fulltime caregiver is $28,353, equal to 53 percent of median household income.

Many hailed the now-president's proposed policies as a step forward for a team saddled with gender-related scandals. Others saw the plan as half baked, disproportionately advantageous for the wealthy and even insulting to American families.

After giving his speech at that Pennsylvania rally, Trump held up a baby over his head as the crowd cheered. And we haven't heard much about Trump's policies on working parents since.

So, Mr. President, is it happening? Are you ready to introduce your policies? We'd like to know. Click here to tweet the question to the president.