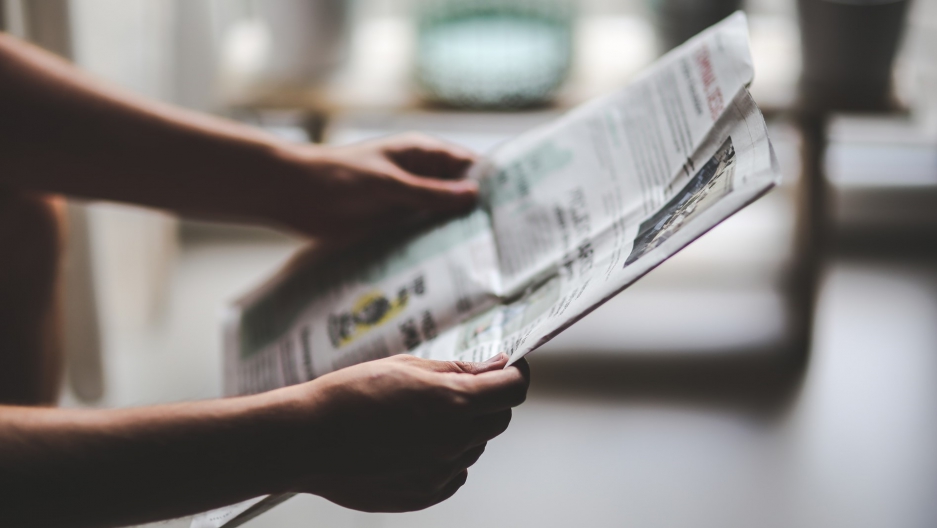 Can readers learn how to discern the truth from the fake?

In the run-up to last fall’s US presidential election, fake news swept social media sites like a virus, unleashing alternative facts that many people thought were real. One reason we may have been so susceptible to false facts? A consensus is powerful, experts say — especially when our brains are handling a lot of information quickly.

“What I think is happening, is that often, we're heuristically processing information,” says Sander van der Linden, a social psychologist at the University of Cambridge. “And by that, I mean that we're often on autopilot.” He explains that online, the popularity of viral content signals that the information must be important — or true, even if it isn’t. “If everyone's looking at it, if everyone's reading it, then it must be worth sharing,” he says.

But according to Van der Linden’s research, we may not be doomed to believe all that we hear (or read). He’s the lead author on a new study, published in Global Challenges, that suggests we might be able to psychologically “vaccinate” ourselves against believing in fake news. The method is needle-free, but in many other ways, it’s similar to how we vaccinate against real viruses.

“If you give people a short exposure to a weakened version of the disinformation, it actually then protects them — protects their mind, essentially — from the effect of that disinformation,” explains co-author Anthony Leiserowitz, who directs the Yale Program on Climate Change Communication.

In the study, researchers focused on the “virus” of anti-climate change rhetoric: specifically, information suggesting that climate scientists don’t agree that human-caused global warming is happening. Research has shown that 97 percent of climate scientists agree humans are causing global warming. Despite this, Leiserowitz estimates “only about 15 percent” of Americans understand this scientific consensus exists.

That leaves many in the United States vulnerable to misinformation about climate change. And while just telling people about the scientific consensus works — increasing public perception of it by about 20 percentage points, according to the study — there are forces like disinformation campaigns working against consensus builders.

In the study, researchers hunted for the most efficient vectors of disinformation about the climate change consensus. They honed in one in particular: the Oregon petition. “It's basically this petition that supposedly was signed by 31,000 scientists, all claiming that human-caused global warming isn't happening,” Leiserowitz explains. But he says when you peer closer, the petition is not what it seems: Its long list of backers is short on factual ones.

“The signatories included noted Nobel laureates such as Ginger Spice of the Spice Girls, Mickey Mouse, I believe Adolf Hitler signed it, and of course the late great Charles Darwin,” he notes. “And then further analyses have found that almost none of the signatories actually have a background in atmospheric science.”

Then, the researchers tested several groups of people about their perceptions of the scientific consensus, under different conditions.

“What we find [is] if we just present people with the facts, then basically, people shift their opinions in a direction consistent with the conclusions of climate science,” Van der Linden says. Likewise, presenting people with disinformation (like the Oregon petition, without pointing out the fraudulent signatures) negatively affects their perception that a scientific consensus exists. Showing people both the false facts and the facts ­— while it seems like it would help — doesn’t either: “When you pair them together, the misinformation actually neutralizes, it cancels out the positive effect that basic facts have on people,” he notes.

So for the last two groups, researchers tested two ways of inoculating people against misinformation. In one group, they warned people that “some politically motivated groups use misleading tactics to try to convince the public that there is a lot of disagreement among scientists,” according to the study.

In the other group, researchers conducted a more detailed inoculation, by specifically debunking the Oregon petition — pointing out flaws like its fraudulent signatories, and lack of climate scientist supporters.

“And so we armed people with specific facts that they could then use to build resistance against future exposures,” Van der Linden says. When the “inoculated” groups were finally exposed to the full Oregon petition, researchers found that the misinformation's effect was less potent than it was with other test subjects.

“Not to say that they were fully immune, but they were more resistant and less influenced by misinformation than before,” Van der Linden says. What’s more, he says the inoculations “worked fairly well across the board”— even for people with various political backgrounds, and differing prior beliefs about climate change.

Despite this success in a research setting, he recognizes that some people will never change their mind. But for those who haven’t yet made up their mind about the facts of climate change, Van der Linden sees hope in the inoculation research.

“Certainly, our research suggests that … especially among people who are doubtful, who are on the fence about the issue, have not made up their mind just yet, it can, in fact, be helpful — even if they've already been exposed to misinformation in the past.”