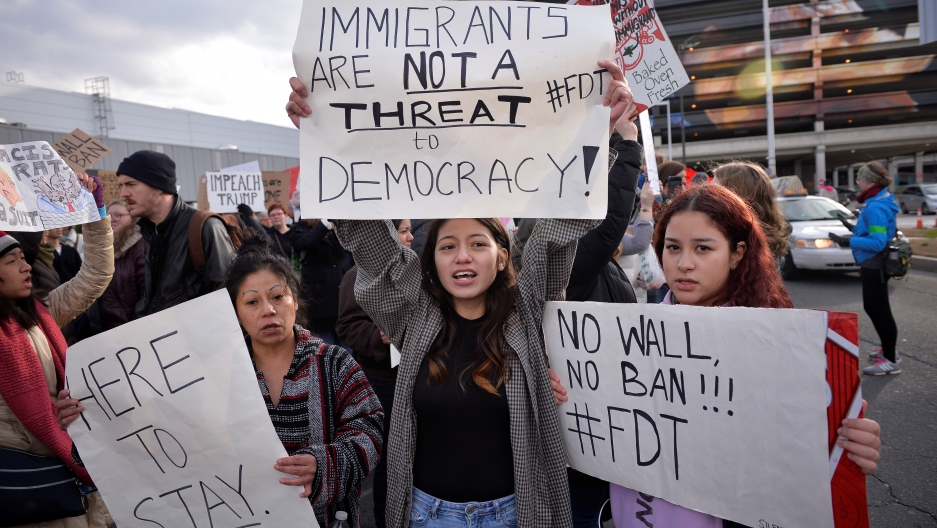 Syrian American Sarmad Assali, a Donald Trump supporter, isn't saying she has buyer's remorse over who she backed for the White House.

But she's frustrated and angry.

This weekend, she watched two of her brothers-in-law, their wives and children get deported back to Damascus from Philadelphia International Airport even though they had US visas.

"It was a shock," she says. "If [Trump] had an issue with them entering the United States, we should have been told about it. It should have been discussed. We should be able to get some legal help in there. ... The way they were returned in a two-hour period, it was just devastating."

Assali says her relatives are now back home in Damascus. But she speculates that if the families had not been quickly hustled back on a flight to Doha, she might have been able to find them legal assistance that would have won them entry rights.

"They weren't even allowed to make a phone call and let us know what is going on," she says. "They had to beg the employees to call us, to let us know that they were being returned."

Assali's family members were sent back after President Donald Trump signed an executive order Friday night banning immigrants from seven predominantly Muslim nations — Iraq, Iran, Syria, Sudan, Libya, Yemen and Somalia. The ban may be lifted in 120 days or may remain fully or partially in force.

Assali was surprised her relatives' US visas didn't ensure their entry.

"This was our rights, our constitution lists that, so I don't know how it can be taken away from us," she says. "The safety of America is number one, but we should consider what we're doing before we throw it out there at people."

"I am a supporter of the constitution of the United States, and the freedom that we have here," she says. "I don't know what [Trump's] going to do next or if I support what he's gonna do. I can't tell at this point."