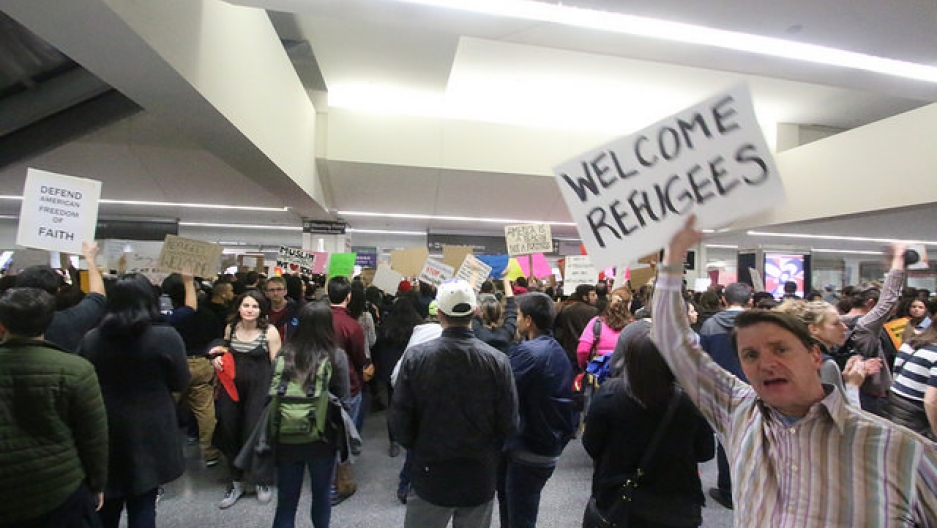 Donald Trump's executive order to ban citizens of seven countries from entering the US has no parallel in American history, says Juliette Kayyem, a former assistant secretary in the Department of Homeland Security under Barack Obama.

Kayyem says, usually, there are processes in place to vet executive orders before they're issued — processes the Trump administration declined to follow in favor of a "disruptive" management style. But that also meant there weren't any agency officials with advance knowledge of the order who could smooth the implementation hurdles.

Without anyone with a clear sense of the plan, one border agent directed questions to the president himself. It was 24 hours before a judge ruled the order shouldn't apply to those already en route to the US, and another day later before the administration ruled the order did not apply to green card holders.

These are all clear signs that none of the proper authorities, departments, organizations or institutions were contacted, Kayyem says. If they had, she explains, the order would have been more detailed, and exceptions would have been identified. The Pentagon, for example, has been working to bring Iraqi translators and support staff to the US — an effort now frozen by the order.

On Monday, the Pentagon said it was preparing a list of Iraqi translators who should be allowed into the US despite the order.

So why the rush to implement the measures? It's unclear, Kayyem says. She says, as far as she knows, there was no specific threat from any of the seven countries. Many security personnel, 90 percent of whom are non-partisan "career professionals" are deeply concerned that the president appears to be acting without advice from his own cabinet, let alone members of the US security community, she adds.

"Make no mistake about it," she warns. "What Donald Trump did has no parallel in American history."

So what's next? The courts, Kayyem suggests. But this "fight," as she calls it, is unlikely to stay in the judiciary.

"You're going to see this battle cross branches and departments," and, in the end, Kayyem predicts it may just go back to how it was before. That's because, she says, the system wasn't broken in the first place.