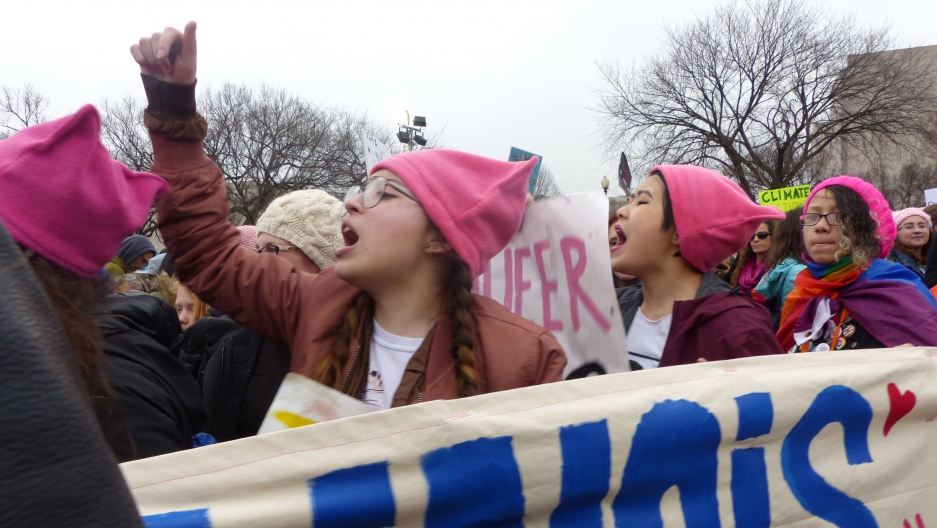 The day after Donald Trump was sworn in as the 45th president of the United States, women and their allies gathered in cities all over the world to protest his words, actions, and the potential consequences of his leadership.

Early estimates suggest more than a million people, easily, turned out in the US, with hundreds of thousands more in cities around the world

In Washington, DC, protesters marched shouting slogans like, “Hands too small, can’t build the wall,” and “We need a leader, not a creepy Tweeter,” while carrying signs that spoke to both the intense reality of the situation, and the need for humor in what many are finding to be dire times. 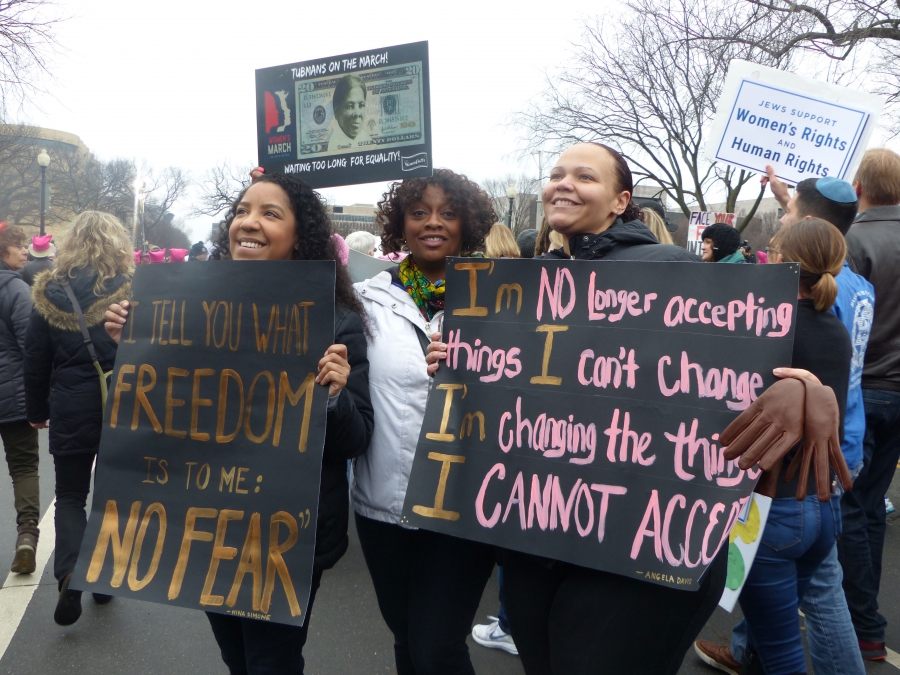 Millennial women and their younger counterparts, many of whom voted for the first time, were represented en masse, often standing with their mothers or other older female relatives in acts of solidarity and sisterhood.

We spoke to a several of those young women at the DC march. 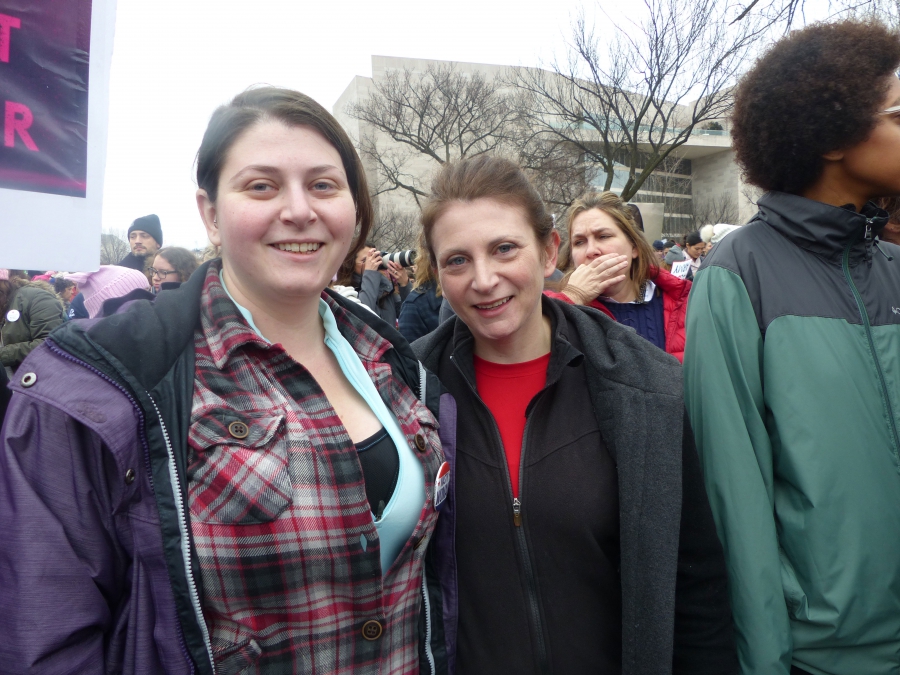 “I wanted to be here for my children,” said Cara. “We need to tell Mr. Trump that we don’t agree, and make our voices heard.” 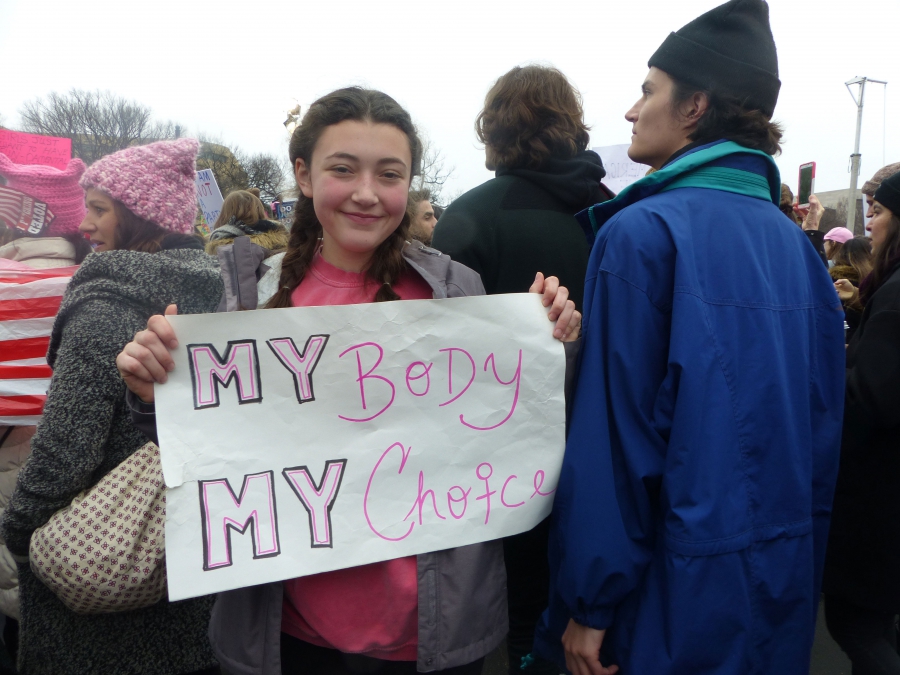 “I am here to stand up for women’s rights. It’s important for all of us to be here.” 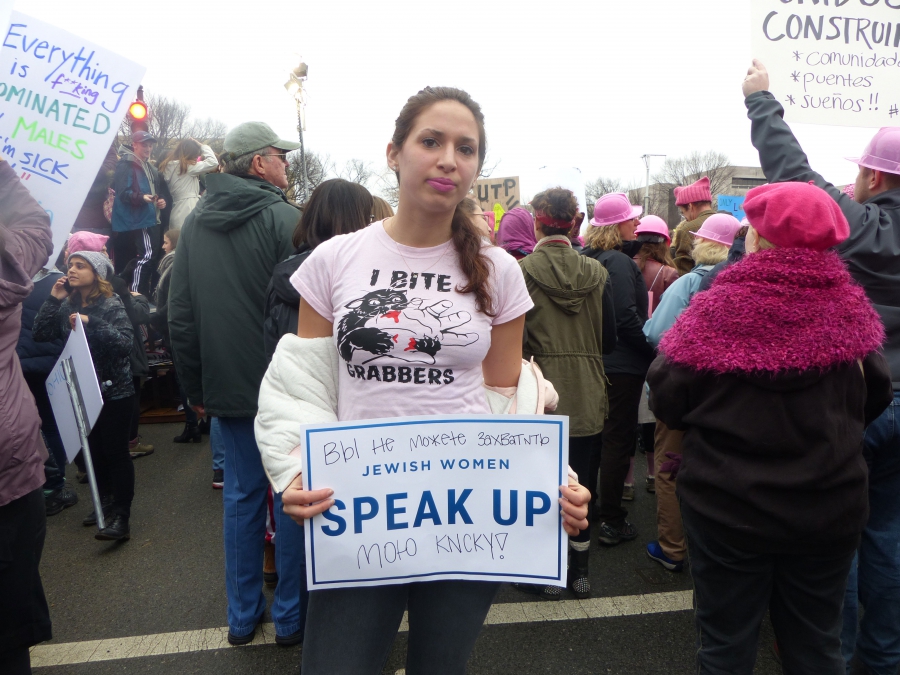 “I wanted to be a part of the movement. I know this is history, and I want my [future] kids to know that not only did I vote for the first female president, but I also stood up and marched for their futures.” 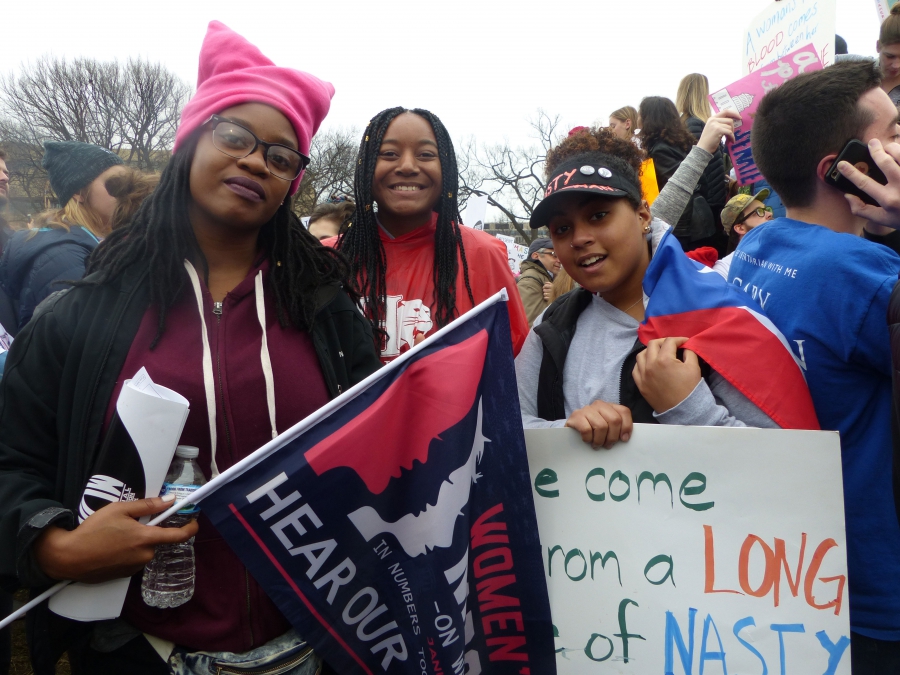 "We know what choice America made, and we don't approve. It's important to come together as one to show that." 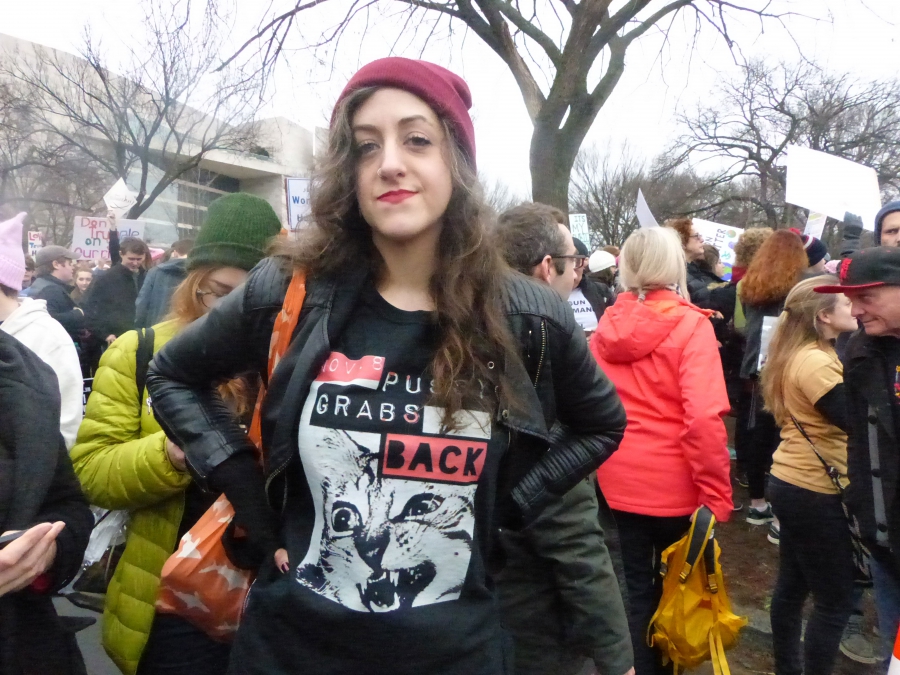 “Trump doesn’t represent my values. He’s trying to take away women’s rights, LGBTQIA rights, the rights of immigrants and people of color — basically everything that this country stands for.” 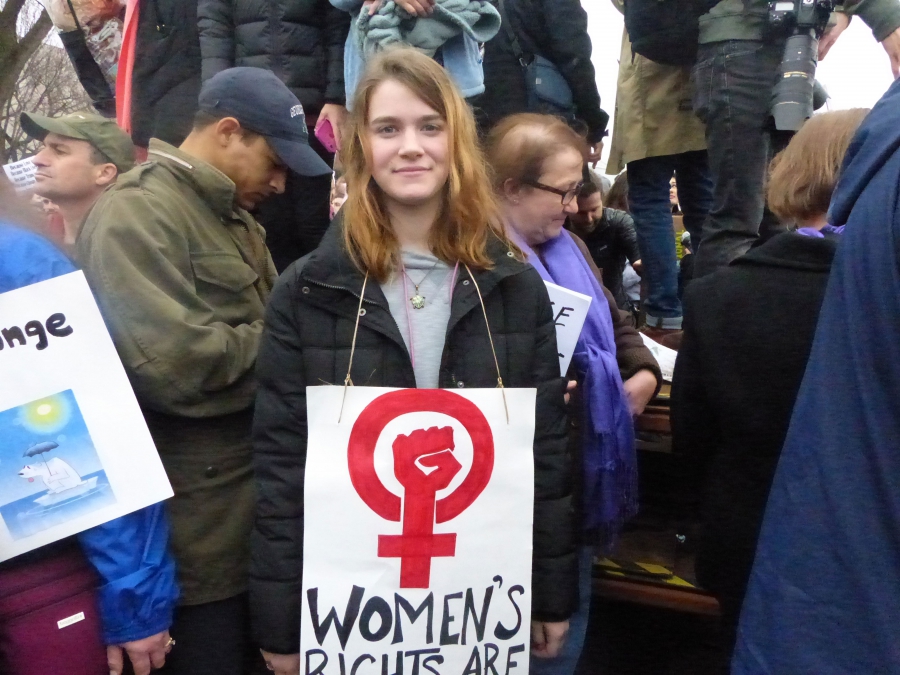 “I am here to support women, and push for our rights.” 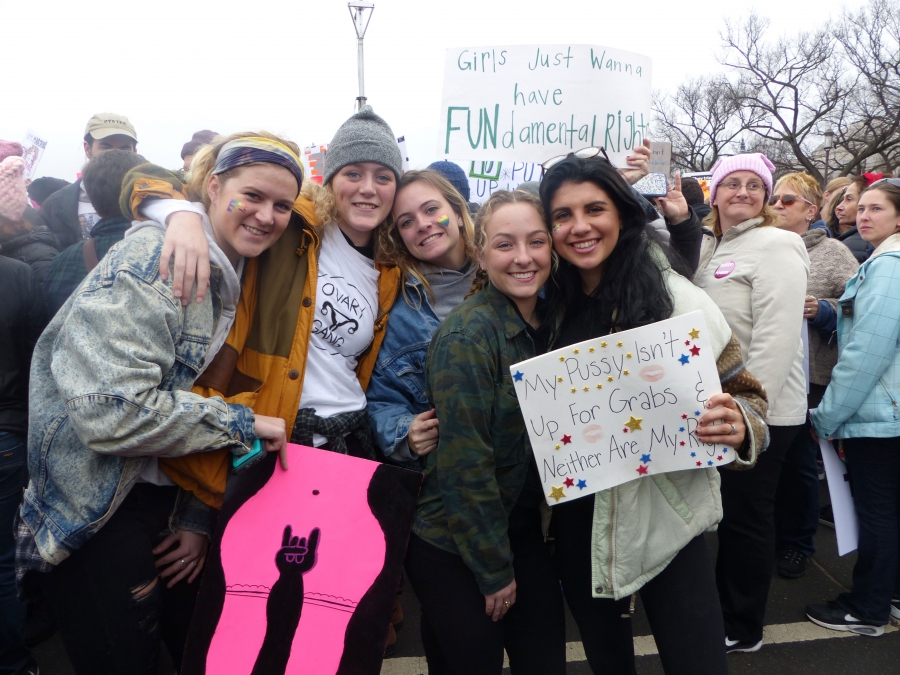 “More than half of the country is now being discriminated against. We need to be here to show that injustice.” 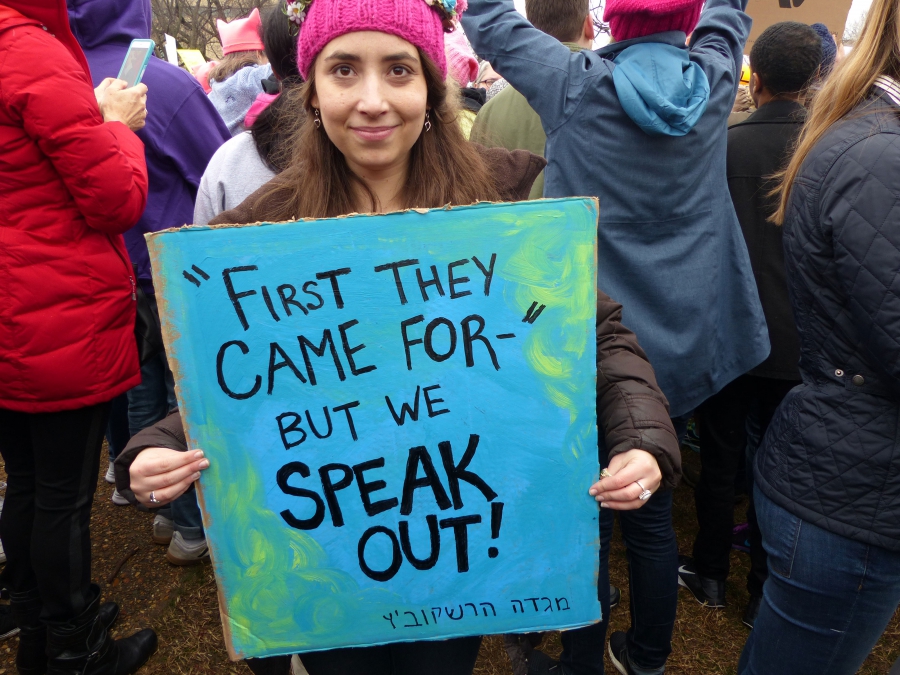 “I believe in equality and justice for all. I am marching to prevent injustice, so we don’t repeat the history of the 1930s and 40s.” 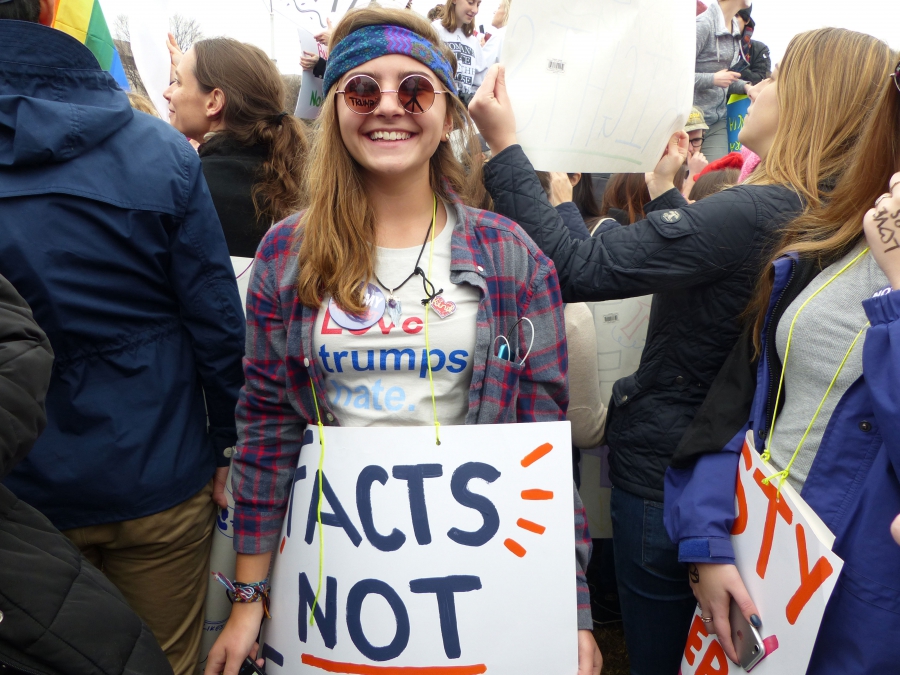 “Trump is a misogynistic racist who shouldn’t be our leader. He doesn’t speak for even half of America. It’s ridiculous.”