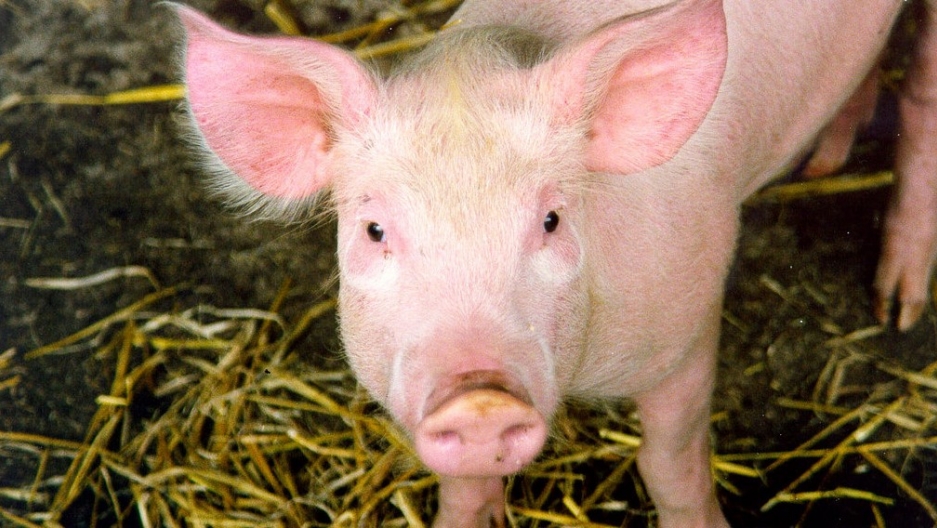 Some varieties of influenza can infect both pigs and humans, and according to new research, factory hog farms may actually influence the timing of the flu season for people living nearby.

With nearly 9 million hogs on farms across the state, North Carolina is the country’s second-largest producer, behind Iowa.

But all those hogs mean more than just delicious pork. Some varieties of influenza can infect both pigs and humans, and according to new research in “Clinical Infectious Diseases,” factory hog farms may actually influence the timing of the flu season for people living nearby. For Paul Lantos, the study’s lead author and an infectious disease specialist at Duke University, the findings underscore the need for “close cooperation between public health and the agricultural industry.”

To determine whether big hog farms influence the flu epidemic in nearby communities, researchers plotted four years’ worth of human flu data against a map of North Carolina’s swine CAFOs, or concentrated animal feeding operations.

“What we found was that during 2009-2010 and 2010-2011, which were the first two years in which the H1N1 swine influenza virus was circulating, the epidemic seemed to peak earliest in counties that had the greatest number of swine CAFOs,” Lantos says.

“[The virus] probably went back to the community surrounding the CAFOs through the swine workers, and the epidemic, therefore, peaked faster in these communities.”

Despite the findings, Lantos says commercial hog farming isn't likely to change much — not their scale or concentration. “So long as a small minority of our population is responsible for feeding a very large proportion of our population, there will always be very large industrial agriculture,” he says.

One option would be to vaccinate pigs in large farms against the flu, but Lantos says this isn’t likely, either. “Trying to anticipate what will become predominant in pigs, then vaccinate them, is likely to be both ineffective and extremely costly,” he adds.

But Lantos thinks we do need to increase surveillance of animal viruses in CAFOs — and continue to fund research and public health projects around the annual flu epidemic. What’s more, he says we already have a major means of weakening the link between hog farms and human influenza outbreaks:

“I would certainly encourage [swine farm] workers and their families to get influenza vaccinations as soon as they become available each fall,” he says. “That is the best tool we currently have to protect workers and citizens in general against the annual influenza virus.”

This article is based on an interview that aired on PRI’s Living on Earth.