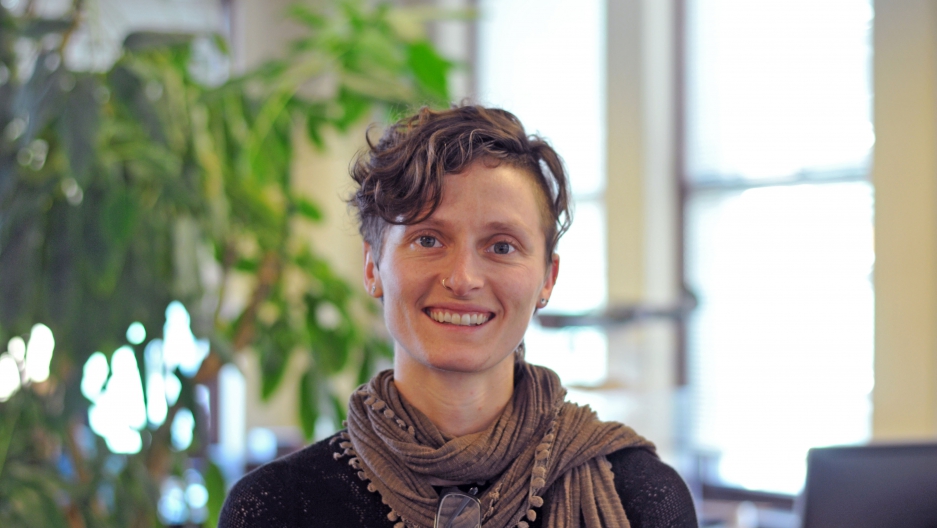 As President Barack Obama leaves the White House, let’s look back on a major policy change he made: the repeal of "don't ask, don't tell."

Introduced in 1993 by President Bill Clinton, the policy banned gay, lesbian and bisexual soldiers from serving openly in the military.

But for former Army Capt. Easton Branam, who served in Iraq between 2005 and 2007, the Clinton-era policy was all she knew.

“I only served under DADT,” she says. “I got out of the military in 2008 so I never experienced being in the military without that particular policy. So I don’t have anything to compare it to, but I will say it was … it was really disorienting and challenging to be unable to bring your full authentic self and life experience to some really intense demands that were made of you. You had to keep parts of yourself secret. And I think what makes the military strong are the bonds that you build with other soldiers to get through the hard times. And when you are asked to leave a huge part of yourself out of it, and or, be punished if you do not leave yourself out of that … it creates a barrier.”

Branam deployed to Iraq in her early 20s. It’s a time when many are consolidating and exploring and understanding their sexual identities. But she was banned from even talking about it. You can imagine it was psychologically stifling.

“For myself, I had sort of lived under the assumption of heterosexuality my whole life,” she says. “It wasn’t until I was in my early 20s that I started to question, you know, what was an authentic way of loving and expressing myself sexually. And I realized heterosexuality couldn’t encompass it. So at the time I was first entering the military I was actually first having that realization.”

Trying to figure that out was rough. But Branam learned it’s a lifelong process.

“I often reflect on this false notion that you are what you are as soon as you put a label on yourself. That you shouldn’t expect change,” she says.

“DADT impacted a lot of people that were incredibly gifted at their jobs in the military, that spent a lot of years training, and that were experts in their particular specialty. And what if they fall in love with their best friend and realize that heterosexuality wasn’t their narrative? They had to leave. They had to keep silent. They had to have a certain level of paranoia no one should experience.”

Branam thinks she may have served longer if “don’t ask, don’t tell” weren’t around. She left, honorably, after four years. “I left because there was a limitation in how I could grow in the military,” she says. “And part of that limitation was DADT.”

When it finally ended, Branam says it was a delayed sense of relief for everybody that was still in. She says it was outdated. That it didn’t serve the military. “We had such high demands on recruitment and retention that to shut out an entire segment of the population because of their sexuality … it was outmoded. It made no sense.”

In her words, reality caught up to the policy.

Looking back at her time in the military, important lessons stand out for her — having to do with love. Before the interview for this story, she read through the journal she kept while in the military. It’s something she hadn’t done for eight years.

“I realized that there is this theme of love and kindness manifesting in circumstances that are entirely inhumane,” she says. “When you are living in that reality and you are keeping to yourself you can still recognize other folks and you can build ways of communicating: code, eye contact, smiles at the right time.