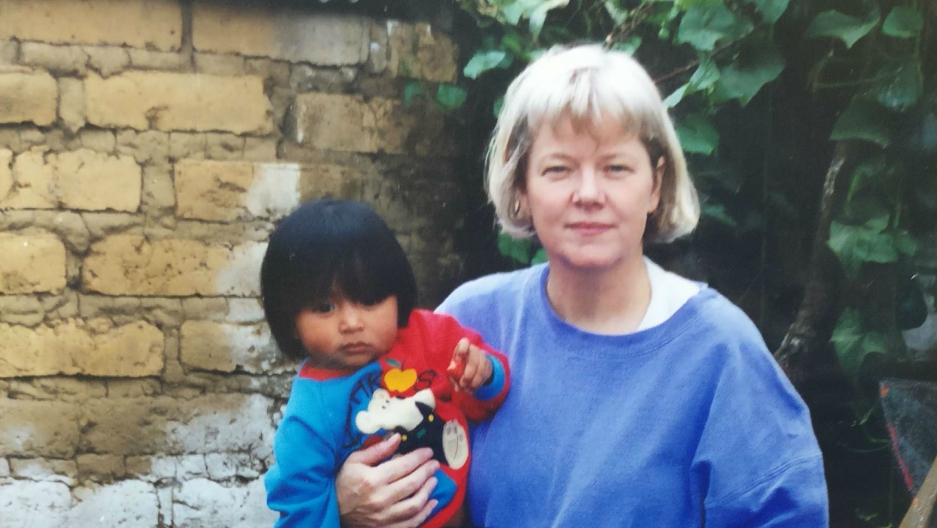 Nancy Bailey, pictured in the 1990s with some of the children in her school, has been found not guilty of child trafficking charges.

After seven months in an overcrowded Guatemalan prison where she awaited a verdict that could lead to a life sentence, Nancy Bailey got justice.

Thursday, in a case that caught global media attention, a Guatemalan court found the 64-year-old Californian woman not guilty of charges of child trafficking.

And the judge in the case took the extraordinary step of castigating the prosecution for a sloppy, weak case.

Despite the verdict, Bailey was not allowed to go home immediately after the trial. Guards whisked her away to the overcrowded Santa Teresa women’s prison to process her release.

Bailey mouthed a silent “thank you” and pointed to her friends and family in the courtroom as she left.

Her supporters took to Facebook to celebrate. “We as a family are overjoyed!” wrote one. “It's been a long, hard road for Nancy and her loved ones, and we pray that the ordeal for her will end soon, and she can be back here in the U.S.”

It’s the end of a long, stressful road for Bailey, who has been in jail awaiting trial since October, in and out of the hospital for stress-related injuries.

In the early 1990s, Bailey arrived in Guatemala to run a school for needy children and eventually she began helping orphans find a home with US parents. After foreign adoptions were outlawed in 2007, amidst widespread charges of corruption and kidnapping of babies, Bailey’s school fell under suspicion.

Prosecutors brought charges in 2011 stemming from cases of three infants adopted through the children’s home Bailey founded in 1997 — Semillas de Amor, Seeds of Love, after an employee, Gloria Patricia Aldana, accused her of doctoring paperwork.

But Bailey and her family, along with a sea of friends and parents of adopted children back in the US, took to the internet to defend her, accusing the prosecutors of anti-Americanism.

After analyzing the evidence, the judge pronounced Bailey not guilty on all counts. A three-judge panel voted unanimously in one case, and not guilty by a vote of 2-1 in the other.

One of the judges in the case scolded the prosecution for its lack of objectivity and impartiality in mounting the case against Bailey.

The prosecution had made a case accusing Bailey of being the head of a crime ring producing fraudulent adoptions, largely based on the testimony of a disgruntled former employee.

The judge was especially critical that the case had relied so much on the taped testimony of the former employee, who testified in exchange for a reduced sentence in her own case of adoption fraud.

“The witness, Gloria Patricia Aldana, never even mentioned the three cases (for which Bailey was charged) in her testimony,” the judge said. “And the Public Ministry didn’t even question her about these.

After the verdict was rendered, the trial's presiding judge ordered Bailey to post a bail of about $14,000 before she would be released.

According to court officials, the bail is to ensure Bailey stays in the country while the ruling is under appeal by the prosecutor. She'll have to remain in the Department of Sacatepéquez, where her home is located, throughout the appeaal.

Her son, 42-year-old Joel Peters, compared this to “staying in a county in your state.” Bailey’s attorneys expect the appeal process to drag on for 12 to 18 months.

In the meantime, Peters says, “She is free to move about, work, and be with the kids, but she must stay in Guatemala unless she has special permission to travel.”

Bailey is expected to be released sometime Friday morning.