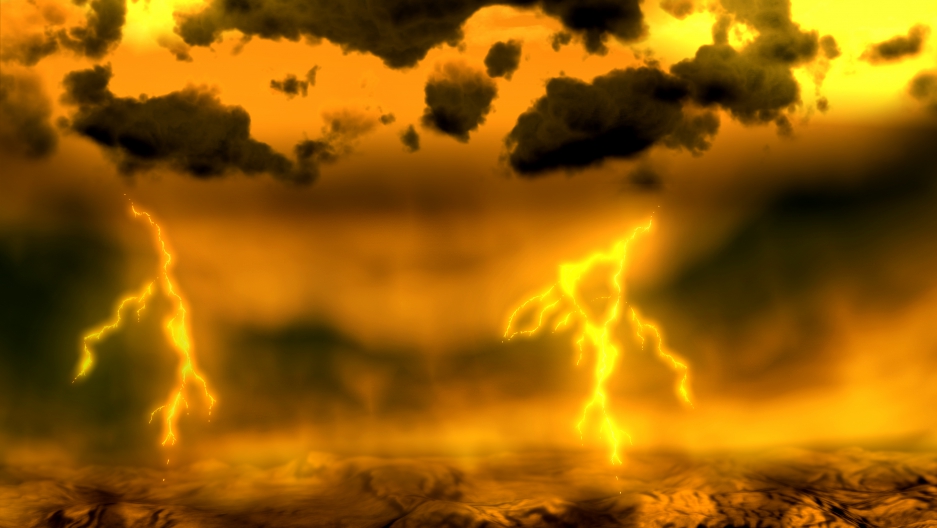 This is an artist’s concept of lightning on Venus. Astronomer Dean Regas calls Venus “probably the worst planet for humans.”

Today we call it the “Big Dipper,” but in the year 75000, we may look up in the night sky and admire a constellation known affectionately as the “Big Spatula.”

As astronomer Dean Regas explains, that’s because the stars are moving relative to our position here. “And so you know, over thousands and thousands of years, the constellations we see today will actually change a little bit,” he says. “Where we saw the Big Dipper, they'll see something that looks like a big spatula. And who knows what kind of mythology will spring from that.”

Regas is an outreach astronomer at the Cincinnati Observatory, co-host of the PBS program "Star Gazers," and author of the new book, "Facts from Space!: From Super-Secret Spacecraft to Volcanoes in Outer Space, Extraterrestrial Facts to Blow Your Mind!" It presents all kinds of trivia and other colorful facts about the universe. He shared a few of his favorite anecdotes from the book with Science Friday’s Ira Flatow.

For starters, here's a tip: When you smuggle snacks into space, open them carefully. Regas says that an astronaut, on a Russian mission, received a box of chocolates from his wife. When the astronaut opened it up, amid the weightlessness of space, the chocolates flew everywhere. “The report said it took them two hours to collect them,” Regas notes. “I think ‘eat them’ more likely would be the right answer.”

Secondly, Mercury is a great place to “catch the sunrise.” After all, Regas says, it’s the planet closest to the sun. But even better? “If you're on Mercury in certain places, you could watch the sun rise, and then it'll stop, turn around, go backwards, and set where it rose and then rise again,” Regas adds.

“It's based on Mercury's very slow day and it's very fast year. It's just a weird thing to see a sunrise, sunset, and sunrise right in the same place.”

And in his book, Regas shares even more about Mercury’s sun-viewing potential. He writes that if you were standing on Mercury during its closest approach to the sun — this point in its orbit is called "perihelion" — the sun “would look more than nine times larger and shine nine times brighter than your Earthly view of the sun during Earth’s perihelion.”

Finally, for the morbidly space-curious among us, Regas explains that there are several ways to die (quickly) on Venus. “This is probably the worst planet for humans,” he says. The first option? Bask in the heat.

“Venus is 900 degrees Fahrenheit on the surface — like, everywhere,” Regas says. “North Pole, South Pole, equator, daytime, nighttime — it’s 900 degrees. Then, why it’s so hot is because there are these clouds, this dense atmosphere that traps in the heat.”

Your third option for dying on Venus (although there are probably more) is to enjoy a "Venusian" rainstorm. “If the clouds open up and it starts raining, it doesn’t rain [water], it rains sulfuric acid,” Regas explains.

“So you would be a melted, squished, 'acidy' pile of goop on Venus.”

As parting trivia, Regas shares details about an astronomical event that hasn’t even happened yet. On Aug. 21, 2017, the continental United States will experience a total solar eclipse. Regas says the eclipse should be visible within a 100-mile-wide strip of land spanning from Oregon to South Carolina.

“We've been waiting for a total solar eclipse in the US for a long time,” Regas says. “Definitely mark your calendars, because, on that day, the sun will be covered over by the moon completely, covered over for a few minutes. And it is the most amazing sight you will ever see.”

This article is based on an interview that aired on PRI's Science Friday. The full title of Dean Regas’ book, available now, is "Facts from Space!: From Super-Secret Spacecraft to Volcanoes in Outer Space, Extraterrestrial Facts to Blow Your Mind!"