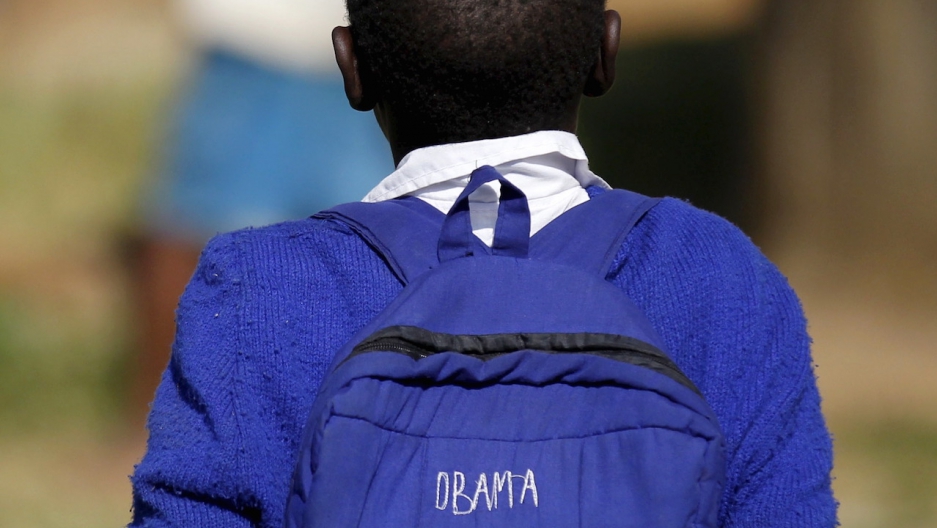 Standing outside her tiny mud house in this remote village, Mary Anyango lamented President Barack Obama’s departure from the White House next week.

“Life is going to be very difficult in this village without Obama’s presidency,” said Anyango, 48, a single mother of six. “We have many non-governmental organizations here, which are helping our children pay fees. They are putting up houses for us. This is all happening because of Obama.”

Obama's Kenyan roots have been a source of pride for this village of about 3,700 souls in western Kenya. Obama’s father, Barack Obama, Sr., was born and died in Kogelo, after studying economics in the US and working for the Kenyan government. It’s now home to Mama Sarah Obama, his 95-year-old step-grandmother.

Around 250 miles from Nairobi, Kogelo first came to wide public attention in Barack Obama’s “Dreams From My Father,” his acclaimed memoir published in 1995. Since Obama became president, the village has been in the local and international limelight, attracting public and private investment that has brought electricity, paved roads and other improvements.

Obama hasn’t directly supported or advocated for investment in Kogelo. He last visited the village in 2006 when he was a US senator. Many here were deeply disappointed in 2015 when he visited Kenya and didn’t stop by, instead meeting with his relatives in Nairobi.

But his celebrity attracted important investment and development projects.

Now Anyango is afraid those funds will dry up, especially after the stunning loss of Hillary Clinton, whom most Kogelo residents supported.

“Will the white people continue visiting our village?” she asked. “I think the world is not going to pay attention to us any more since Obama is leaving the presidency. We are not going to experience any development again.” 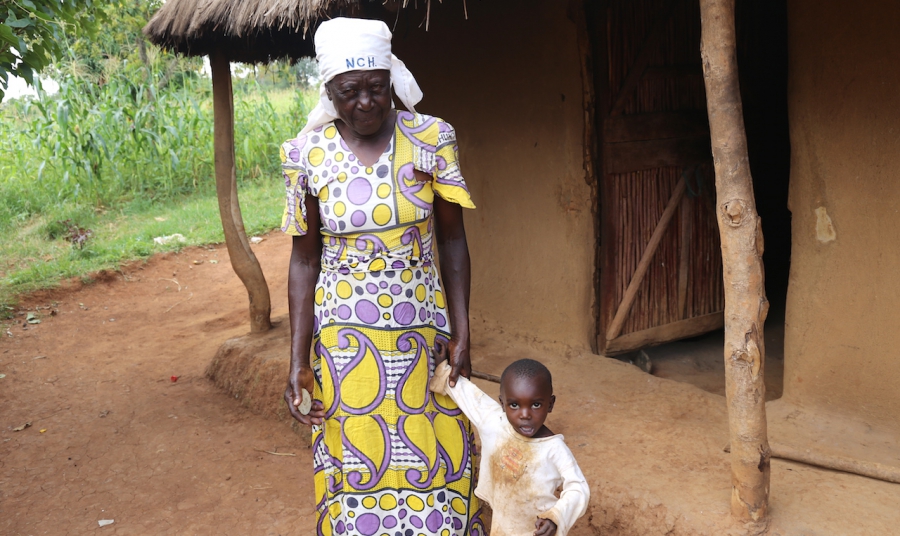 Mary Anyango holds her daughter's hangd in Kogelo, President Obama’s ancestral home in Kenya. She's worried about how Obama’s exit from the White House will affect her life.

Nicholas Rajula, the Obama family spokesman, said Clinton’s loss was a big blow to the region.

“We supported Mrs. Clinton as a [part of the Clinton] family, but the American people elected Trump,” said Rajula. “We hope this will not affect development projects in the village and our country. Our son Obama has made us proud.”

At Kogelo’s central market, which opens every day at dawn, the potential adverse effects of Obama leaving the White House are a common topic of conversation among worried townsfolk. Recently, as the orange sun rose over the horizon, they murmured in low tones in their local dialect to express their disappointment.

“We are going to suffer because of Americans,” said Stephen Otieno. “Americans could have allowed our son Obama to continue being president. Obama is younger than Trump.” The Constitution wouldn’t allow for that, of course, but Otieno’s sentiment is clear.

Vincent Okoth, a taxi driver who guides tourists flocking to the village, said he was still mourning Obama leaving the White House.

“We have been depending on him,” said Okoth. “But for now we are in darkness because we don’t know how our future will look like minus his presidency. I have been working as a driver for eight years. I depend on visitors who come to the village to trace Obama’s roots.”

Five important institutions have sprung up here because of the US president’s ancestral connections.

After Obama’s 2006 visit, Kogelo's two schools were renovated and renamed the Senator Obama Secondary School and Senator Obama Primary School. Both educate children referred by The Mama Sarah Obama Foundation, which cares for widows and orphans who have lost spouses and parents to HIV and AIDS.

Some residents said they hoped Trump would not abandon them.

Malik Obama, who has often expressed his disappointment with his half-brother for not visiting Kogelo more often, even endorsed Trump and voted for him in mock elections that have been held regularly in the village, both as a tourist draw and a superstitious way to influence the American vote.

“The foundation congratulates Donald J. Trump on his inauguration as the 45th President of the United States of America,” read a statement on the Barack H. Obama Foundation’s webpage. “Make America Great Again.”

Residents said it was time for Trump to show the village that he has their interests at heart by supporting projects initiated during President Obama’s reign.

“We are very sure that Trump will support Kenya and people from this village, because Malik supported him,” said James Ochieng, a teacher at Senator Obama Primary School. “I think Malik should cement his relationship with Trump so that the president can bring developments.”

As Obama exits office, several big projects are on the drawing board. Auma Obama has raised funds for the construction of a recreational-education complex in nearby Alego, for example. The project is slated to be completed in April. She has also begun construction of an Obama family-affiliated university on 50 acres of land in Kogelo, but lacks the funding to complete the school.

Anyango, the mother of six, wasn’t optimistic that the university and other projects will be completed.

“We are very sad because Obama is leaving,” she said. “This will affect the future of the village. You will never hear about us again.”