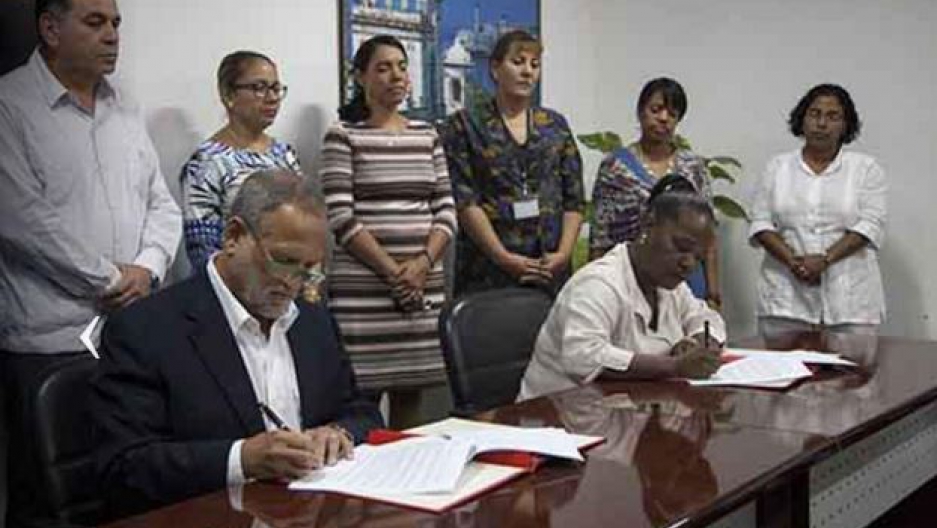 Scott Gilbert (L) signs a business deal with Cuba representatives to buy 80 tons of artisanal marabu charcoal. The signing marks an historic occasion - the first legal export of Cuban goods to the U.S. in five decades.

The business deal doesn't involve fine Cuban cigars. Sorry. Or rum. Sorry again. But it is something that could make a qualitative difference for pizza fans: charcoal.

Artisanal marabu charcoal from Cuba has a reputation for burning long and clean, making it well-suited for fueling ovens to bake pizzas and bread.

The first shipment of 40 tons of the stuff produced by worker-owned cooperatives across Cuba should arrive in the US later this month.

“The charcoal itself is a very unique product,” says Scott Gilbert, the entrepreneur who cut the charcoal deal.

“Marabu charcoal is produced by burning the marabu plant, which is a very invasive weed that basically clogs most of the agricultural fields in Cuba," Gilbert says. "You can't easily cut it with a machete. It’s very hard to get rid of it, but these Cuban cooperatives have found a way to cut the marabu, burn it, and create charcoal that’s prized around the world and has been sold in Europe for years but just not in the US.”

That struck Gilbert as a business opportunity — not only to introduce Americans to the charcoal product, but to help Cuba’s farmers and worker cooperatives. Marabu bushes and trees soon take over fields and pastures if they aren't cut back.

Gilbert is no stranger to Cuba. He’s the lawyer who represented Alan Gross, the US government contractor who was jailed by Cuba, and whose release was part of the negotiations leading up to President Barack Obama's opening to Havana. Since then Gilbert’s been trying to forge better business relations between the US and Cuba.

“There are so many win-win opportunities with Cuba if we can work together,” says Gilbert. But he says the longstanding US-imposed trade embargo on Cuba has been a huge hurdle to get over.

“The trade restrictions that we have with Cuba at this time are more severe than we have with any other country in the world. It is way past time to remove this last relic of the Cold War.”

The first shipment of marabu charcoal is due to arrive in the US on Jan. 18, just two days before Donald Trump's inauguration. Gilbert says he’s confident President-elect Trump's administration won’t oppose his deal, even though Trump has generally opposed Obama's actions with Cuba.

“I'm not a pessimist when it comes to the new administration and its relations with Cuba," Gilbert says. "Everything I've heard this president-elect say about his views on economics and trade and doing deals is consistent with my views in terms of what needs to be done here, so we look forward to working with the new administration to try to help in that regard.”

Gilbert hopes the charcoal deal will snowball into something bigger, like a new era of trade between the US and Cuba.

“When you look at what’s happened in the last couple of years and the changes that have occurred on that island like the growth of these private co-ops, the private restaurants that you see opening in Cuba, the travel back and forth, the cultural exchanges, it’s remarkable!" he says. "In the five years I've been going down there, it’s a different place in part because of this exchange with the United States. It makes all the sense in the world.”

Whatever direction US-Cuba relations take, it’s quite possible that a pie at a pizzeria near you will soon be baked over Cuban charcoal. 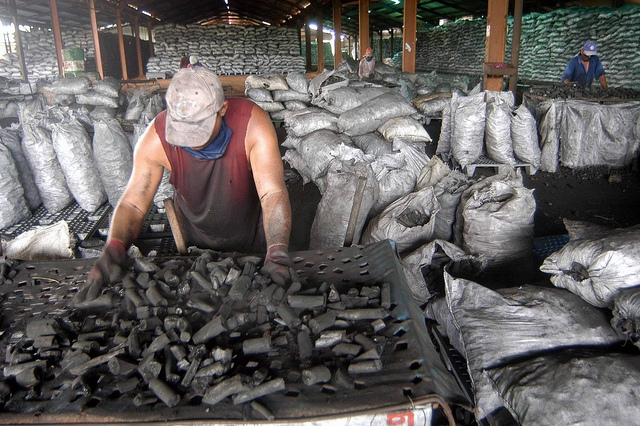