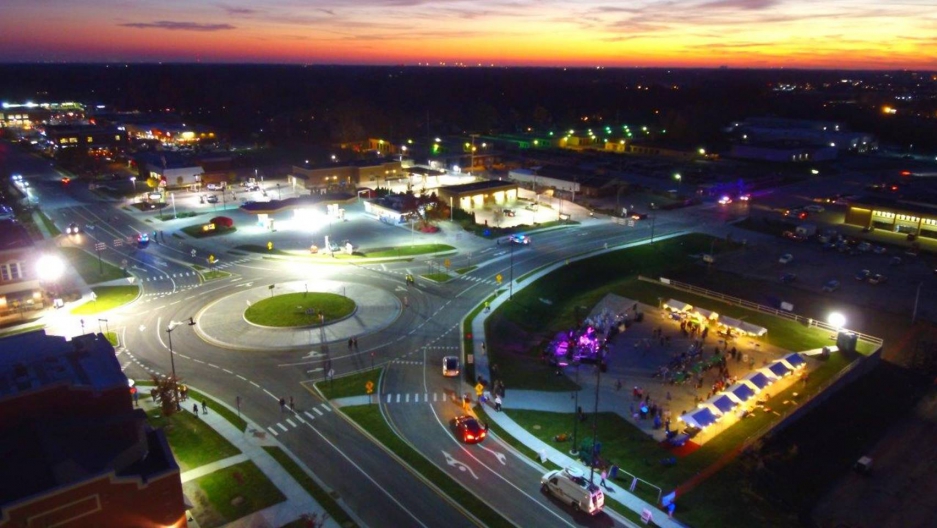 This is a night shot taken of the 100th roundabout in Carmel, Indiana.

If you want to start a fight here in Boston, you might just mention your love of rotaries. You know, big ol' traffic circles at major intersections.

A lot of Boston drivers hate rotaries with a passion.

Things might be different if we had more roundabouts. That's what they use in Britain and in the Netherlands. Roundabouts are traffic circles too — but they work a little differently. They force drivers to drive slower. 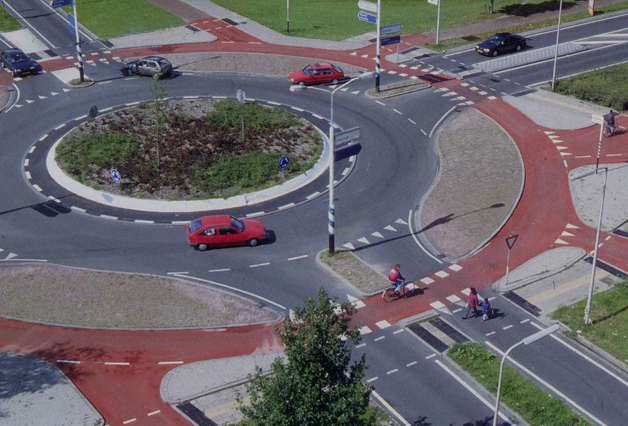 This is a roundabout, with a separated bicycle lane, in the Netherlands.

And there's one town in America that has so many of them that it should really be called, “Roundabout City, USA.”

The reason they have so many has to do with Republican Mayor Jim Brainard. “I was fortunate to spend a term in law school in England. I saw roundabouts being used there, and they seemed to handle so much traffic,” he says. “So after I became mayor I started doing some research and convinced some of our consulting civil engineers to build a few roundabouts.”

Carmel now has 102 roundabouts. That’s more than any other city in the US. Full stop.

But let’s go back to the first one. Brainard says the city installed it on a brand new road on the edge of a developed area. “People didn’t see them during the construction period. So we just opened the road with roundabouts on it,” he says.

That might be the key. Build it with little fanfare, let people experience it for themselves, and bet that they’ll see what engineering and safety tips are able to back up: roundabouts are better than stoplights. Brainard says that in Carmel today, the city couldn’t remove roundabouts even if it wanted to. They’re simply too popular. “The fights tend to be over which intersection is going to be the next intersection to be converted from a stoplight to a roundabout,” he says. “Not only do they move more traffic per hour, but because of the lack of idling, and the lack of starting from a dead stop, our city engineer has estimated that we’re saving thousands of gallons of gasoline per roundabout per year.”

Brainard hopes to install more in Carmel in the coming years. In this case, going in circles isn’t all that bad.