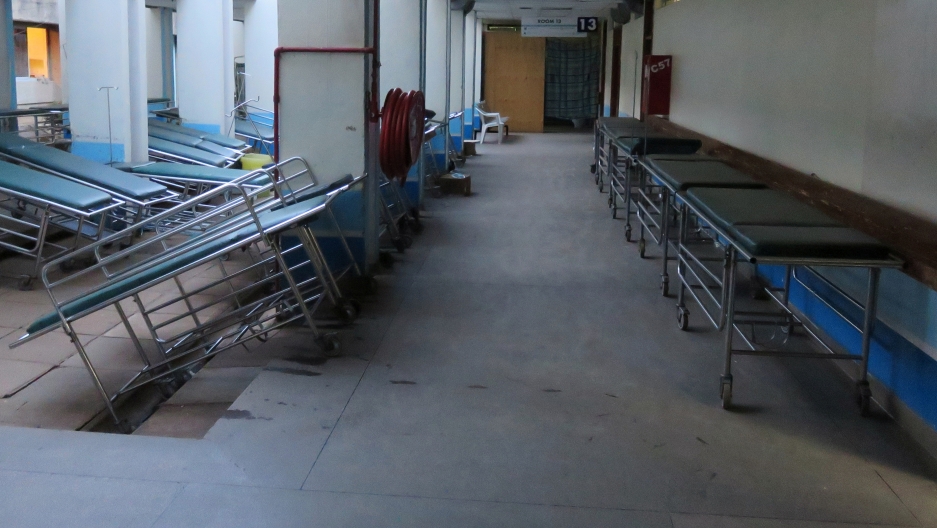 Medical stretchers are seen abandoned along the corridors at the main hospital during a strike by medical practitioners following the failed negotiations between health unions and government on wage increases and improvement of working conditions in Kenya's capital Nairobi, December 8, 2016.

At age 17, Sitawa Wafula was diagnosed with both epilepsy and bipolar disorder. As a young woman living in Kenya, a country where mental health issues are still seen as a spiritual taboo, Wafula struggled to make sense of her health problems.

Wafula lost a job because she had a seizure and dropped out of college after being raped because she didn't have a support system. As a way of dealing with her situation, she started blogging about her daily challenges. In 2014, Wafula won $25,000 from a Google competition for her work and used the money to start My Mind, My Funk, Kenya's first free mental health support line.

The helpline receives around 25,000 text messages and emails a year, and helps about 11,000 people. She says the service is helping to reduce the stigma of mental illness in Kenya.

“Surprisingly, I get more emails from men,” says Wafula. “It sort of looks like it’s easier for women to walk up and say, ‘This is what I’m going through.’ But we’ve been trying to dig deeper into that, and [we’re] seeing that it’s more of a social construct where men are unfortunately supposed to come across in a certain way — they’re supposed to be macho, they’re supposed to be in control.”

Wafula says the helpline has allowed more men to disclose and discuss their mental health struggles without fear.

“When someone is going through depression, unfortunately we tell them, ‘Man up’ — that you need to be standing on your own two feet, you’re not supposed to be crying or weak or complaining about things,” she says. “For them, it’s much easier to write it down then to walk up to people and say, ‘Hey, I’m struggling with this and that.’”

Wafula is hoping the service will continue to gain momentum and be used as a tool to help normalize mental health treatment throughout Kenya. And sharing her own story is the first step, she says.

“With time, it’s made it easier for me to be in spaces I want to be in because people already know about [my challenges], so I don’t need to pretend or act a certain way or not do certain things because I’m afraid what people will say or what they’ll think about me,” she says.