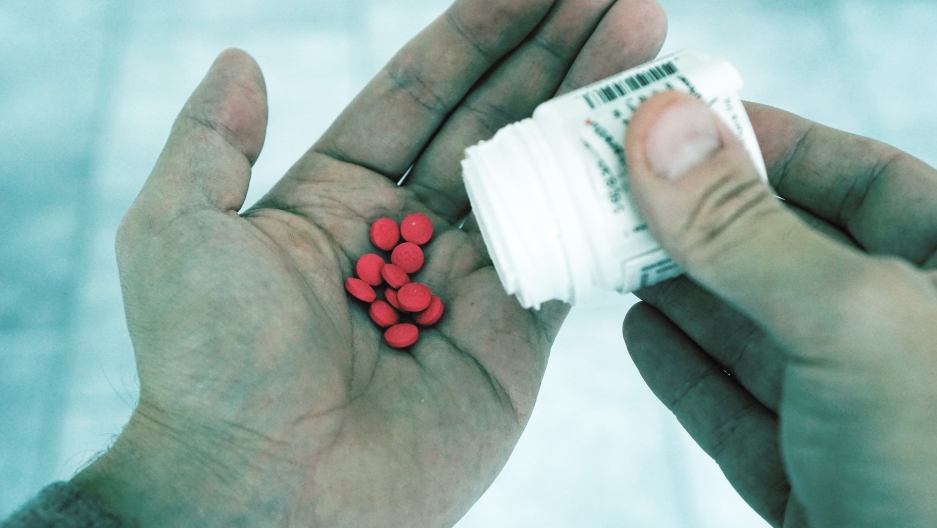 Opioid addiction is affecting a broad age range of Americans who are coming to the drugs through very different means.

In recent years, the opioid epidemic has touched a staggering number of American families.

Nationwide, more than 52,000 people died of a drug overdose in 2015. Of those deaths, 33,000 involved opioids such as prescription pain relievers or heroin, according to data released in December by the Centers for Disease Control and Prevention. In all, more than 300,000 Americans have lost their lives to an opioid overdose since 2000.

“The problem isn’t that there are a bunch of people out there taking dangerous drugs because it feels good, and they’re accidentally killing themselves,” says Andrew Kolodny, co-director of the Opioid Policy Research Collaborative at Brandeis University. “The problem is that we've had this sharp increase in the number of people with addiction.”

And as Kolodny explains, opioid addiction is affecting a broad age range of Americans who are coming to it through very different means. For example, with young people, he says, addiction stems mainly from the recreational use of pain medications. “When they get addicted, they have a hard time finding doctors who will maintain them on a large quantity of pills — doctors don't like giving healthy-looking 25-year-olds lots of pain medicines.”

That can drive younger users to the black market, where heroin is often cheaper than pills. The market has responded: In the past two decades, Kolodny notes, growing demand for cheap heroin has made the drug more widely available — and more lethal.

“The heroin supply now has another drug mixed into it, a completely synthetic opioid called fentanyl, which is far more potent,” he says. “And since 2011, we've seen a sharp increase in overdose deaths among heroin users. Not because people have suddenly switched to heroin, but because the heroin supply became much more dangerous.”

But Kolodny adds that an older group of Americans — aged anywhere from 40-80 — also suffers from opioid addiction and gets pain relievers through another route: their doctors’ prescription pads. “That group does not have a hard time finding doctors who will maintain them on a large quantity of pills on a monthly basis,” he says. “And we really haven't been seeing that older group switch to heroin.”

In the case of prescribed opioids, Kolodny points out that primary care doctors sometimes have just 10 or 15 minutes to spend with a patient. “And if the patient comes in and wants that prescription, that’s the easiest thing to do,” he says. But over the long run, he argues, prescribed opioids — which he says are “good medicines for end-of-life care” — do more harm than good.

“When they're taken every day for weeks and months and years, they're more likely to harm the patient than help the patient. And we have maybe 10 [million] to 12 million Americans who are on opioids chronically. So many Americans on opioids chronically, that we see ads during the Super Bowl for medicines like an opioid-induced constipation drug to treat the side effects of being on opioids,” he adds. “They're being massively overprescribed.”

States like Kentucky, West Virginia and Ohio have been hit hard by the opioid epidemic. In West Virginia, efforts to tackle prescription pill addiction have focused on shutting down “pill mills” that improperly dispense pills. But Michael Kilkenny, physician director for the Cabell-Huntington Health Department in Huntington, West Virginia, says that the crackdown on pills has had unforeseen consequences: a turn toward heroin.

“Our switch away from prescription opioids, that we definitely were overprescribing, was not met with the response that we thought it would be, and that is people stopping using opioids,” he says. “Instead, I think we underestimated their dependence on the drug, and they did switch to heroin.”

Last August, the city of Huntington saw 26 opioid overdoses in a matter of hours. Injected drugs like heroin carry other risks. In 2015, the rural town of Austin, Indiana, was slammed by an HIV outbreak that infected at least 194 people — the first known outbreak related to the current American opioid crisis.

The Cabell-Huntington Health Department launched a needle exchange in September 2015. Early results of that and other efforts have been promising: In the first quarter of 2016, overdose deaths were down 40 percent over the same period a year earlier. Kilkenny says that such programs can “take that carrot of a clean syringe and introduce other harm reduction tools: education about proper injection, access to recovery coaches and entry into treatment, where it's available.”

“And it goes on from there,” he adds. “We do immunizations against hepatitis B if they don't already have that, and we act as an entry point into a more comprehensive health service.”

“We need treatment to be easier to access than pills or heroin if we're going to get anywhere in this crisis,” he says, adding, “We're going to need a much bigger federal investment in this problem if we want to tackle it properly.”