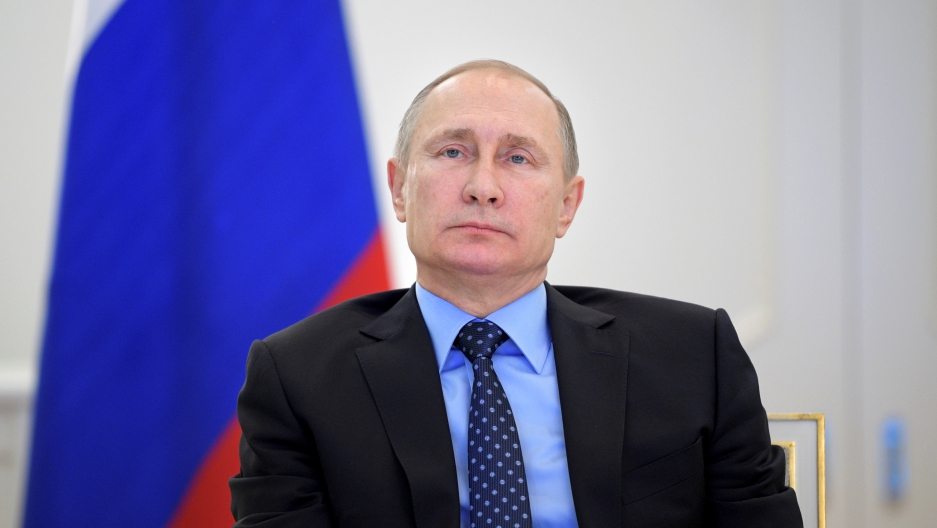 Russian President Vladimir Putin, seen here at a public event on Tuesday, is not reacting to new US sanctions

The United States has retaliated against Russia for what the CIA says was a Kremlin-directed cyber campaign to influence the US election. But Russia is refusing to take it seriously.

The US is expelling dozens of Russian diplomats and sanctioning individuals suspected of involvement in the alleged campaign.

But Russian President Vladimir Putin is not taking the bait, preferring to wait for Donald Trump to become president and open a new day in Russian-US relations. Trump took to Twitter Friday afternoon to praise Putin's restraint:

"Great move on delay (by V. Putin) - I always knew he was very smart!" the president-elect tweeted.

Putin says Russia reserves the right to retaliate, but Moscow-based correspondent Charles Maynes says “he took the high ground by refusing to do so.”

However, Russian officials are reported to be concerned about the possibility of a US cyberattack in retaliation for the election hacking.

President Obama has said the US reserves the right to retaliate in kind — something he says the public will not see and might never know about. But he said Russia would feel it. And that, says Maynes, has the Kremlin worried.

“The Russian president’s internet adviser, a guy named German Klimenko, was talking recently about trying to secure key infrastructure," Maynes says. "They’re concerned about what US hacking might do to Russia’s banking sector [and] central bank, things like that.”

“There was also recently the hacking of Vladislav Surkov’s email," Maynes adds. "This is a key Putin adviser [who] currently has the Ukraine portfolio in Russia. It basically seemed to show the Kremlin was involved in stirring up trouble in east Ukraine, and had that plan in place quite a long time ago. And it was rather embarrassing.”

Russia first responded to the leaks by denying it was Surkov’s email account. Then they blamed US intelligence working through Ukrainian hackers. “Now,” says Maynes, “whether that’s true or not, I have no idea. But it was instructive in another way.”

He says it became clear that a lot of key Kremlin insiders, including the Russian president, do not use email. “They’re very attuned to this idea of kompromata, of compromising material, and I think they’re very attuned to the idea of leaks and hacks in a way that clearly the Democratic Party was not in the US.” That will make it harder for the US to get good dirt on Russia’s leaders.

“So we’ll have to wait and see what happens,” Maynes says. “If they [US intelligence] can drop a bombshell, maybe anything goes. But at this point, I’m pretty skeptical.”